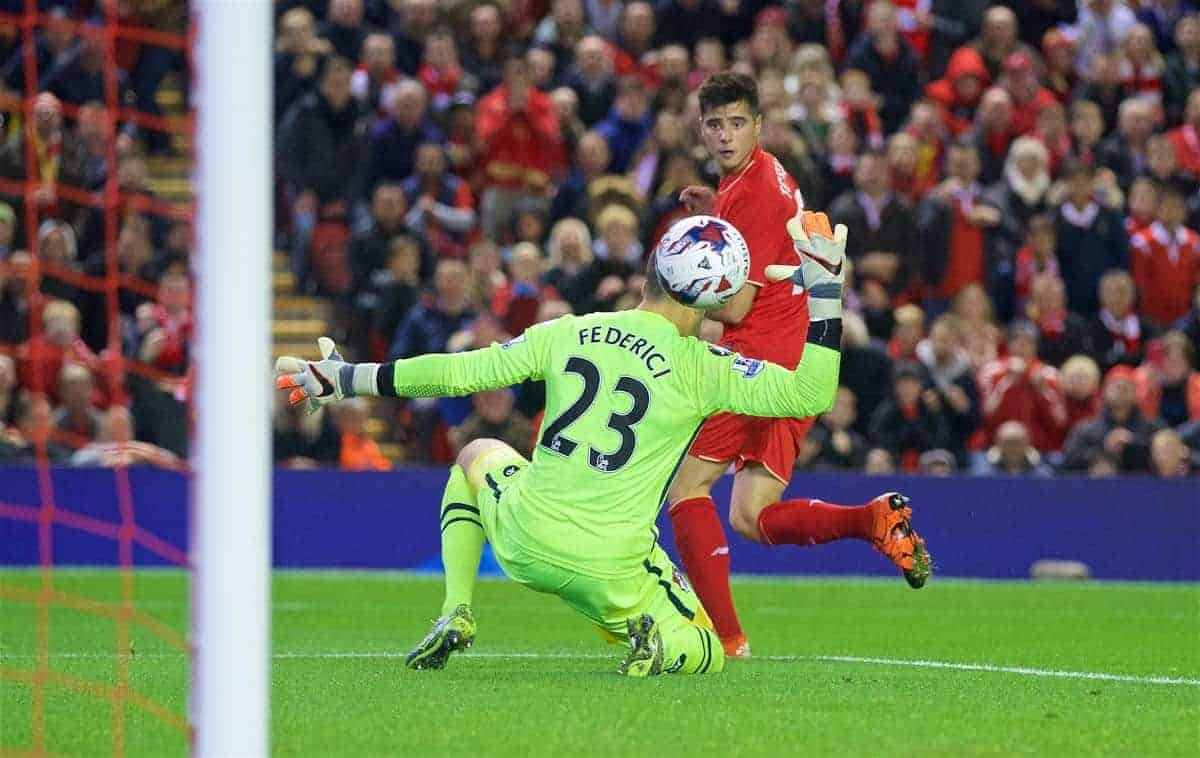 Following Liverpool’s 1-0 win over Bournemouth in the League Cup, we bring you some of the best social media reaction from the game.

The Reds are through to the League Cup quarter-finals, following a solid victory over Eddie Howe’s struggling Cherries side.

Roberto Firmino was the standout in that respect, but debutants Connor Randall, Cameron Brannagan and Joao Teixeria all did well too.

Here is the best social media reaction from the Anfield clash.

Deserved win for #LFC as Klopp gets off the mark and Reds march into the quarter-finals. Really impressed by Firmino tonight.

Never has a League Cup victory over Bournemouth been celebrated so much as @LFC hold on to a lead. Who knew? Progress indeed for Klopp.

First win for Klopp, that's a monkey off his back, but it wasn't going to cling on for long given the way he bounces around that touchline

First win for the team with Klopp, with a clean sheet! #LFC #cleansheet

Jürgen Klopp secures his first victory as #LFC manager. It's the club's only win for the month of October
Reds through to the quarter-finals

“Watching Klopp with the players after the game is such a breath of fresh air. No doubt he will get the absolute best out of our players.”

Firmino far and away Man of the Match. A class act throughout. All three youngsters should feel proud of their efforts too. #LFC

– Everyone else in this match.

Happy with the win and all but watching Klopp is more entertaining than our football at the minute! #LFC

#LFC digest: Firmino a catalyst throughout, deserved the ovation. Ibe has gained maturity out wide. Teixeira can succeed where Suso failed.

“Teixeira and Firmino both had boss games. Origi looking so off the pace- no movement up top making it hard for the midfielders to feed him.”

Klopp all over Joe Allen there at full time. Meanwhile, somewhere in Formby, Brendan wipes away a small tear…

“Good game, thoroughly enjoyed that, they didn’t really get a sniff in the second half, and Bogdan saved well when he needed to.

“Firmino MOTM for me, but needs to practice his shooting for sure. Teixeira, Brannagan also impressing. Probably our best 90-minute performance yet under Klopp, not bad considering it was a ‘weaker’ team.”

That's what you want when you make changes in cup games; that the lads stake a claim got a place. There's a fair few did that tonight.

Fine game by Bogdan, welcome return to form by Ibe, nice touches shown by Firmino and indefatigable Clyne highlights for me.