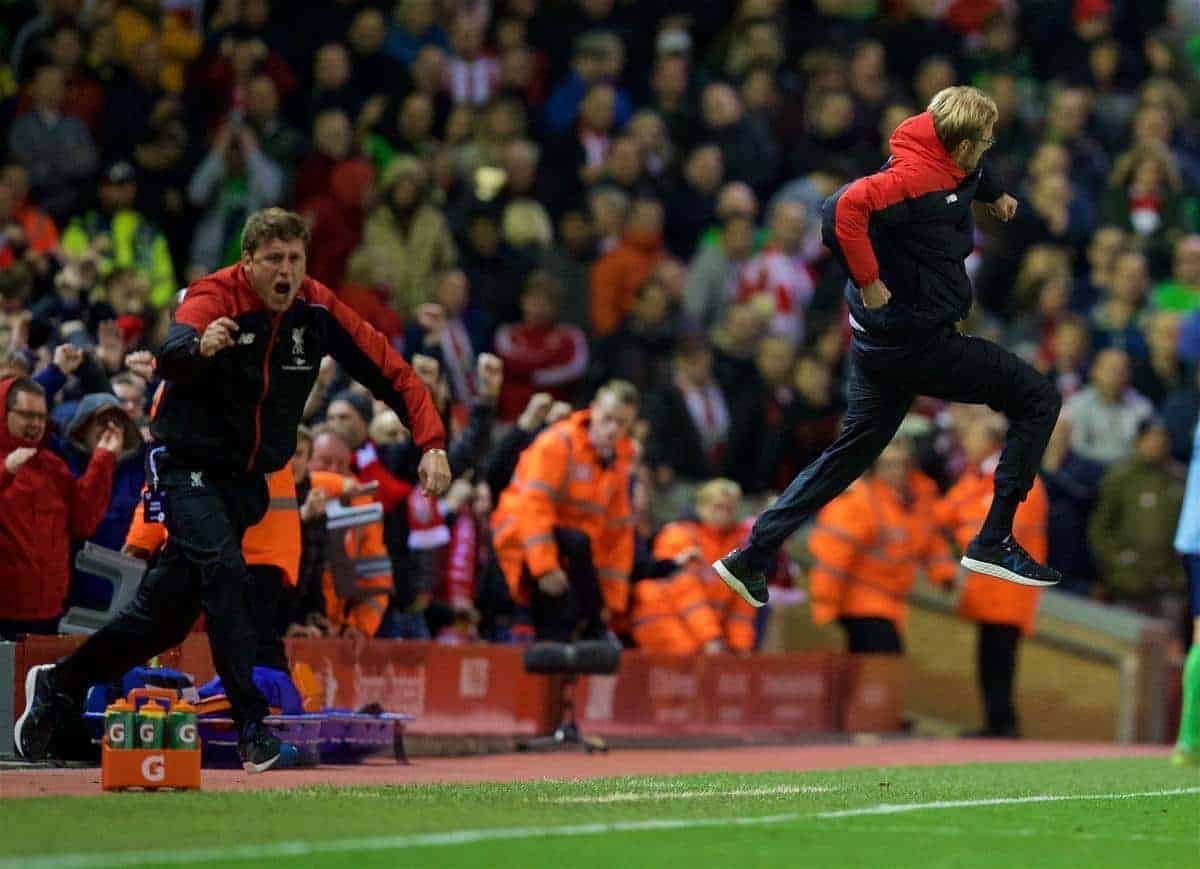 Following Liverpool’s 1-1 draw against Southampton on Sunday afternoon, we round-up the best social media reaction from the game.

Jurgen Klopp‘s first home league game as manager looked to be heading for victory, but the Reds were denied late in the day by a talented Saints side.

Christian Benteke’s superb header gave the hosts the lead with time running out, but Sadio Mane finished from close-range late in proceedings.

It was far from a vintage Liverpool performance, and was yet further proof of Klopp having plenty of work to do with this current set of players.

Here is how social media reacted to the Anfield showdown:

The first of many Klopp celebrations hopefully. pic.twitter.com/uNFcGlBm0w

Going to take time for Jurgen Klopp to get things going, but you'd have hoped for a bit more from the likes of Coutinho, Milner and Origi.

Origi looks way off the pace. Thinks will look up if Benteke can keep fit. Without him though we don’t have any bite up front.

But overall not a bad performance against a very good Southampton side.

Disappointing, but at least we didn’t lose.

Very frustrating to draw, especially to yet another fairly soft goal. Never deserved three points though, in truth. #LFC

Not even remotely worried. Massive improvement over Rodgers. Once Sturridge and Henderson are back we will hit form.

Pity, but still a lot of positives to take from the game I think. One step more taken, and ninety minutes more experience for Klopp to see how he can get the most out of his players.

2 pts thrown away.
We'll win a game one day.

Only one shot on target in the box in each of Klopp's two PL games so far. Not expecting miracles overnight, but needs to improve that asap.

Disappointed to draw, didn't deserve much more in truth. Playing Bournemouth and then Chelsea at the perfect times now, need some wins. #LFC

Chelsea, Palace and City are our next 3 league games. Needed those 3 points.