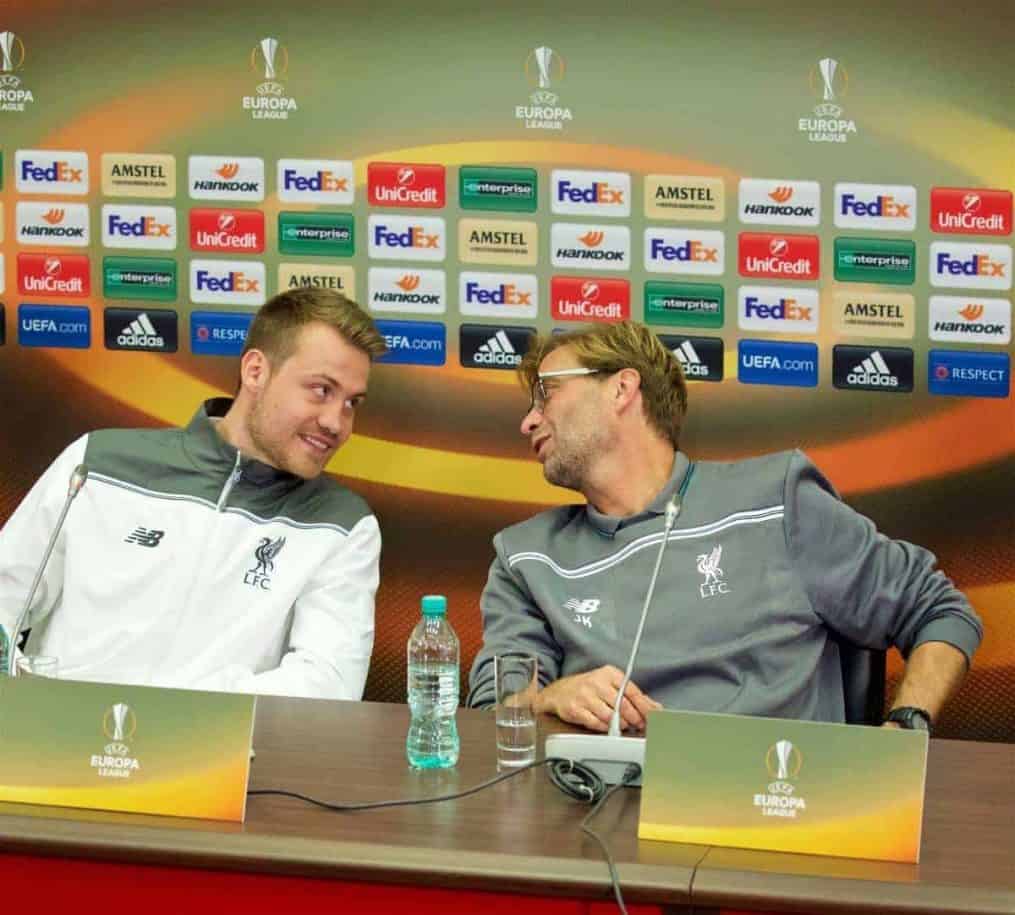 Liverpool goalkeeper Simon Mignolet has hailed Jurgen Klopp‘s management, citing organisation as one of the keys to its success.

The Belgian kept a clean-sheet in the Reds’ 1-0 victory away to Rubin Kazan on Thursday, as Klopp made it six games unbeaten since arriving at Anfield a month ago.

Mignolet was full of praise for the 48-year-old following the game in Russia, lauding the belief he has given every player in the squad.

“He has given the lads a lot of confidence and everyone knows what their job is – he is clear with his message,” he told UEFA.com. “Everyone is organised, everyone knows what they have to do and we don’t give anything away.”

The 27-year-old also hailed the performance of his teammates against Kazan, in particular their patience, but says they can’t get carried away with their current form just yet.

“It can be that you get frustrated and stop playing football, but we kept being patient and kept playing the ball and thankfully Jordon [Ibe] scored a wonder goal on the counterattack,” he continued.

“I think everyone can be pleased with their individual performances,” he said.

“There were no errors and, especially away from home, this is really important. I am sure the gaffer will pick a few things out which we can do better going into the next few games.

“It’s nice to win games, especially away from home, but there is no point flying high and thinking about things we can’t do. We need to keep both feet on the floor, work hard and improve in training.”

Mignolet’s form has been a big positive since Klopp became Liverpool manager, with the errors that hampered him at times last season nowhere to be seen.