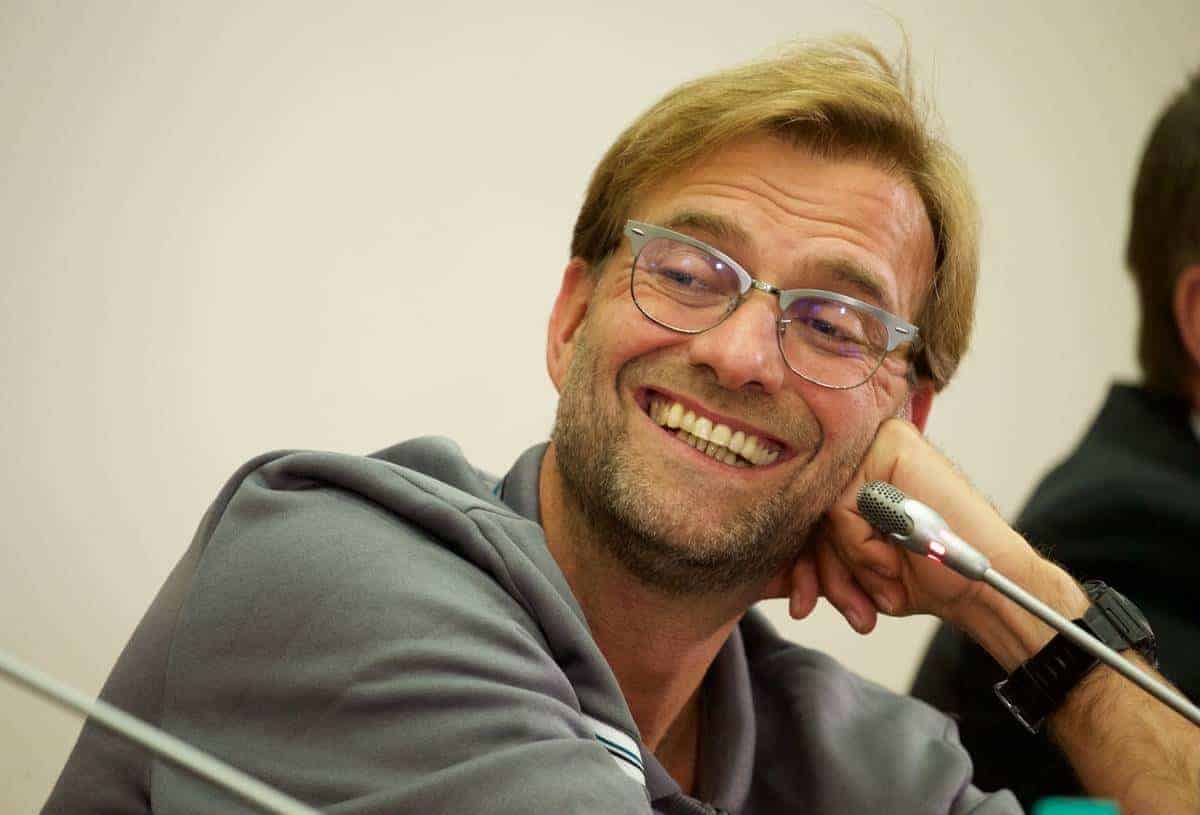 Liverpool manager Jurgen Klopp is enjoying the Europa League and is confident it will not impact on his side’s domestic form which has just started to gather momentum.

The German took the strongest squad available to him to Russia for the 1-0 win over Rubin Kazan – a significant contrast from predecessor Brendan Rodgers who left six senior players behind for his only away game in Europe this season in Bordeaux.

Many managers of British clubs view the second-tier competition with some disdain, fielding weakened sides of fringe players and youth-teamers, as they feel playing Thursday-Sunday affects performances in the Premier League.

Klopp is not of the same persuasion and suggested the reason many dislike the competition comes down to snobbery.

“I don’t need my team at 4am Friday morning (the time Liverpool arrived back from the 2,200-mile return flight),” he said.

“The difference is not too big. If you play Champions League, you are playing Wednesday and Saturday. Where is the difference (with Thursday and Sunday)?

“Is the only benefit that you like the other tournament (Champions League) more?

“If you play Champions League, you play Wednesday-Saturday. Nobody says ‘Go to Real Madrid with 17-year-old guys!’ – that is not fair for them.

“What would you have said if we had gone there (Kazan) with a youth team?

“The Europa League is a great tournament.”

Klopp was rewarded with a composed and controlled performance from his side after making just four changes from the team which beat Chelsea on Saturday.

He left out the two-goal hero at Stamford Bridge Philippe Coutinho, who was nursing a slight niggle, but 19-year-old Jordon Ibe came in and scored the only goal, his first for the club.

And with Klopp, after just one month in charge, still trying to get to a point where his side are playing the way he wants, fielding strong teams in the Europa League may actually be of benefit as he attempts to get players up to speed with his methods.

“We have to play. We cannot rest. That is our situation. This has been really good,” he added.

“The two full-backs (Nathaniel Clyne and Alberto Moreno) have to run but they are getting better and better – these two guys need games. “The best thing is that we have to learn.

“What a game Emre Can had but he is learning and if he runs earlier he doesn’t have to make those 100 metre sprints!

“For the moment, everything is okay. There are many games but the Europa League is not a problem for English teams.

“No winter break might be the problem. It is not a problem for me because I knew about it before (I came to Liverpool). “If you think we have too many matches, then stop playing at Christmas.”

Victory over Rubin was a third win in a row in three different competitions for Klopp and there is a real feeling among fans they are just starting to get on a roll. Klopp, however, insists there is a long way still to go.

“I don’t believe in transformation in a short period. This is a short time to be working together. Four weeks. I don’t know. Six games?” he said.

“We have a common experience and we can work with this.

“The best training at the moment is our matches. It is very intensive. It is good for physical condition and it is good to talk about after games.

“Until now I haven’t spoken to all players one-on-one. “I have spoken to some of them, yes, and Jordon was one of them but it was not in my office – we don’t have the time. It was on the pitch. There we can talk.

“Jordon is a very skilled guy. It’s not my work that he is the player he is in this moment but he needs our help and we need him.

“With his speed he is very different to most of the players I know. Now he has scored a fantastic goal and this is all really new.”