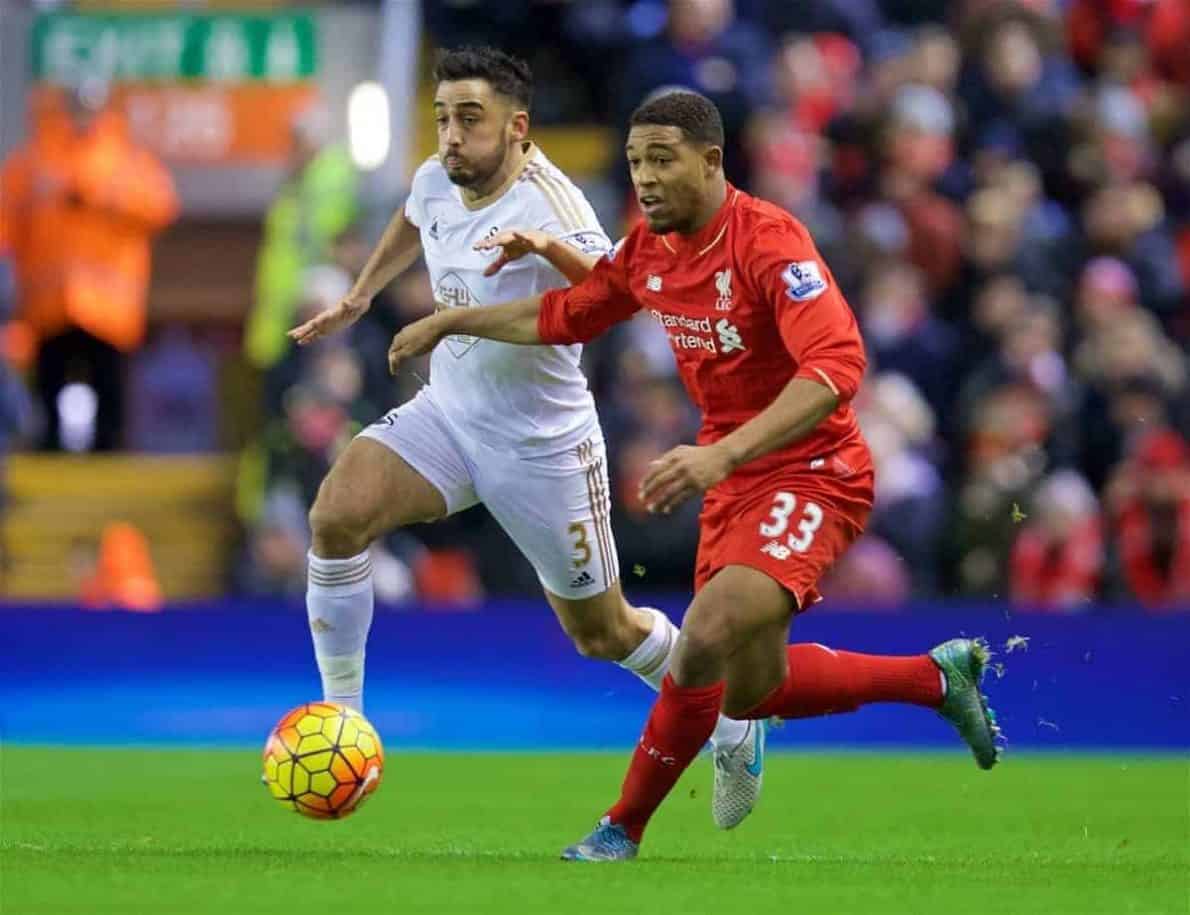 Liverpool’s rise under Jurgen Klopp has seen them move to within six points of Premier League leaders Manchester City but Jordon Ibe insists they are not looking at anyone else but themselves.

Sunday’s 1-0 win over Swansea – Klopp’s first at home in the league since taking over from Brendan Rodgers – made it six victories in the last seven matches in all competitions but more importantly lifted them into sixth place and saw the return of long-term injured duo Jordan Henderson and Daniel Sturridge.

They are four points behind fourth-placed Arsenal, who could only draw at Norwich at the same time the Reds were grinding a way past the Swans, and two adrift of Tottenham, who were held to a goalless draw by Chelsea earlier in the day.

But Ibe said other team’s results were of no consequence to them.

“The manager didn’t want to focus on any other team, just focus on us and keeping that consistency, keeping winning games and trying to get the three points,” he said.

“It was great to get the three points and keep climbing the table. We just need to keep doing well.

“With good players coming back in, also (Philippe) Coutinho as well, hopefully we will climb even higher.

“Anything is possible right now. We will take it game by game and do it again on Wednesday (against Southampton in the Capital One Cup).

“I was just happy with the result, keeping that consistency with three wins on the bounce – hopefully we can make it a fourth.”

There does appear to be a growing momentum under Klopp but he cannot see it himself yet.

“Maybe I should feel it but I don’t. We play again on Wednesday, that is my problem,” said the German, who apart from the international break has had a midweek game every week of his tenure since October 17.

“I would like to feel better and say ‘Three days off celebrating a good week’ but we don’t have time for this.

“We are on the road next week (at Southampton and then Newcastle on Sunday) so it is difficult – but of course we feel good.

“Monday we will be back in the race and preparing for Southampton.”

There was more good news from Klopp with playmaker Coutinho in contention for the trip to the south coast.

“Philippe had a very intensive session on Saturday but we decided two or three days ago that we didn’t want to risk [him] for this game,” he added.