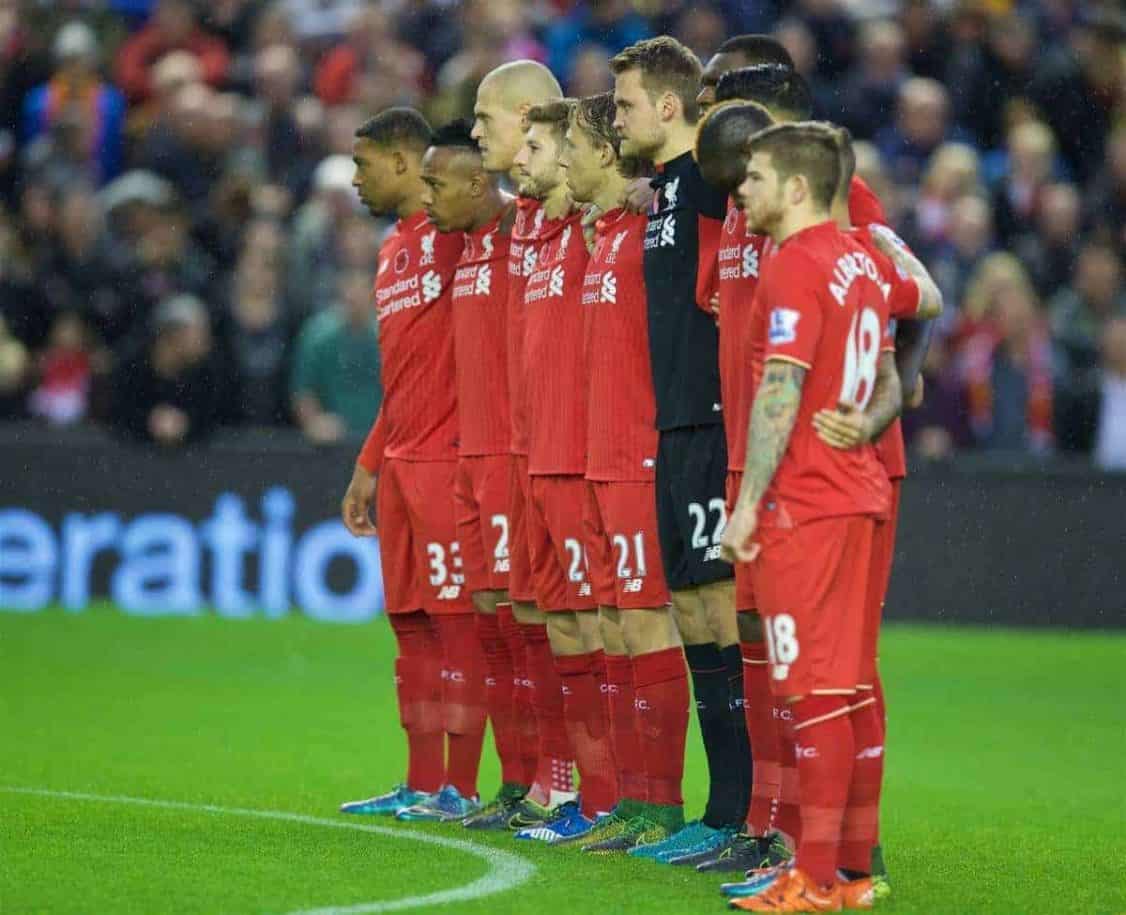 It was a disappointing day at the office for Liverpool, who succumbed to a 2-1 loss to Crystal Palace at Anfield – Jurgen Klopp‘s first defeat as manager.

Following a good run of performances, Mignolet returned to his shaky past form against Palace.

The 27-year-old almost got caught in possession early on, and a failure to quickly start a second-half counter-attack infuriated the crowd (although Klopp told the crowd to relax). At least partially at fault for Scott Dann’s winner as well.

Clyne was largely solid, coping well with The Eagles’ blistering pace, and created the equaliser for Coutinho with a good overlap and cross. Combined well with Jordon Ibe throughout.

Skrtel was farily reliable at the heart of the defence, but always looks vulnerable up against pace. Also must share responsibility on Dann’s goal.

The Frenchman picked up a knee injury just before half-time, and was eventually replaced by Dejan Lovren. Up until that point he had been typically solid, barring one sloppy pass early on.

A long-term absence from the team for Sakho would really hurt the Reds.

This was far from a vintage Moreno performance, on an afternoon where his detractors will once again have questioned his quality.

The Spaniard was poor in the lead-up to Yannick Bolasie’s opener. He rallied in the second half and was often an outlet down the left and put in some decent balls.

The Brazilian was one of Liverpool’s better performers, although playing a very simple game in deep midfield.

He used the ball intelligently and defended well for the majority of the game, although he was another who didn’t cover himself in glory for Bolasie’s goal.

A poor day at the office for the 21-year-old, who endured one of his worst performances in a Liverpool shirt.

He was dreadful for Palace’s first goal, failing to clear the danger, and he lost the ball time and time again. The German was one of several Reds players who looked noticeably tired towards the end.

The ex-Southampton man showed some typically classy touches and provided a goal threat, while his work-rate was excellent from start to finish, but the end product was missing.

Following an impressive showing in midweek, Ibe once again impressed on an ultimately disappointing afternoon.

His pace and power looked a constant threat, and it was just his end product that flattered to deceive a little. That will come with age, though.

Coutinho was the hero against Chelsea last weekend, and for a while on Sunday it looked as though he had played a pivotal role once again.

The Brazilian took his goal expertly, but came in and out of the game in spells. Easily the most creative player on the day.

It was a desperately poor afternoon for Benteke, who barely did a thing right.

He missed several good chances to score a vital goal for his side, and generally failed to lead the line well at any point.

The 26-year-old did fine on the whole, but the defence felt far less secure with him in it.

The Brazilian was unnoticed, but did nothing wrong.

Klopp’s first defeat was always going to come eventually, but was it avoidable?

The German possibly played too many key players against both Rubin Kazan and Palace, and it became telling the more the match progressed.

His tactics could not be questioned, however, and he was powerless to do anything about the individual errors that cost Liverpool. Went gung ho with the Firmino – Can sub.