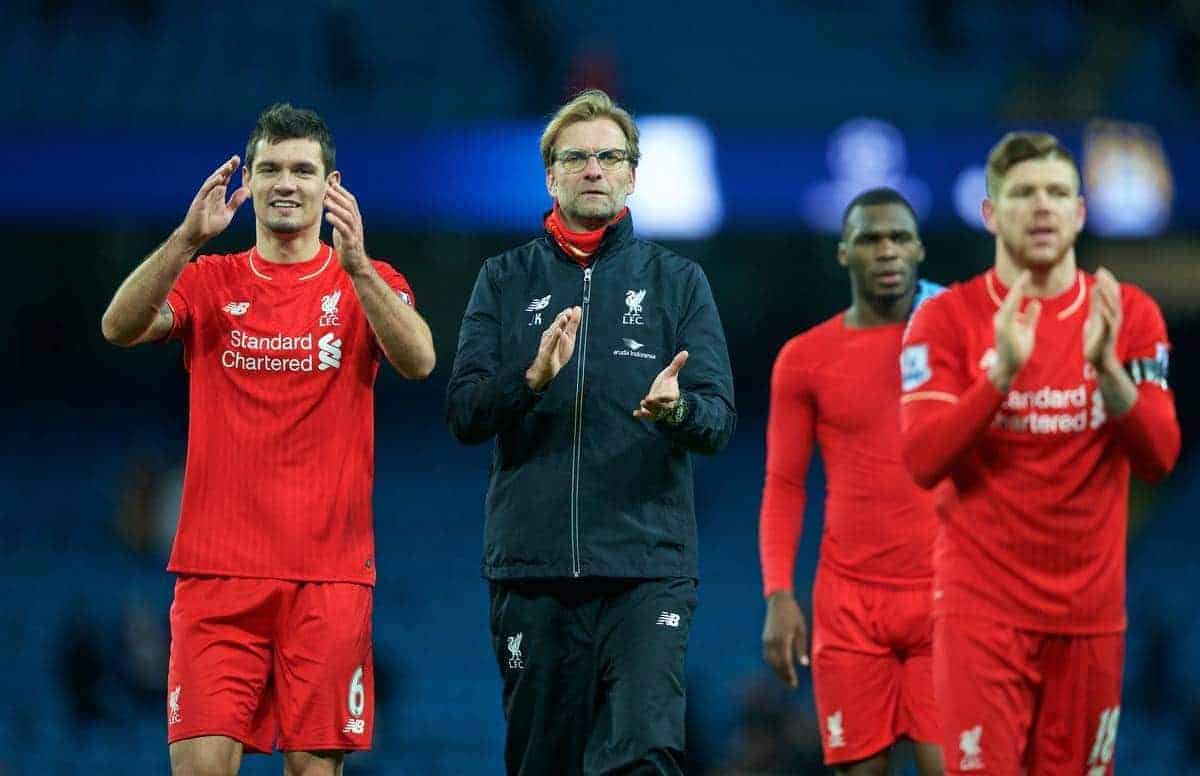 Liverpool’s 4-1 win at Man City on Saturday night displayed all the trademarks of manager Jurgen Klopp.

Mignolet told Liverpoolfc.com: “Before the game the gaffer laid out a plan for us and it worked out perfectly.

“What he said before the game was the case. We didn’t let them breathe and on the counter-attack we had a chance with the three players up top – Adam, Phil and Roberto. They did brilliantly.

“We scored three early goals and just before half-time there was a bit of a setback, but we didn’t let it affect us and in the second half we were the better side again.

“The gaffer has worked really hard on that and at half-time he said when you come into the dressing room at 3-1 away to Manchester City, you have to be happy and you have to go out in the second half with a positive feeling.”

The Reds inflicted City’s biggest ever defeat at the Etihad Stadium, and recorded their first win there since 2008 in the Premier League.

It follows the win at Stamford Bridge, another ground Liverpool have struggled at in recent times, showing that Klopp has the big-game mentality and know-how.

“It was all about us,” said Mignolet, demonstrating Klopp’s desire to get the players setting the tone.

“We had to set the tempo of the game and didn’t let them breathe when they had the ball. When we had the ball, we tried to break quickly with all the pace we have up front.

“That was the option and we created a lot of chances on the counter-attack; that’s what you have to do when you play away from home against a good Manchester City side.

“But I don’t think they came into the game. You always know there’s going to be two or three opportunities for them during the game, but we defended really well and then created a lot of chances – which is a good thing.”

Liverpool host Bordeaux in the Europa League on Thursday night, before Swansea City are the visitors to Anfield.

Following that Klopp’s side travel to Southampton, Newcastle and Sion, before West Brom and Watford provide the opposition before Christmas.

It’s a run of games Klopp will be looking to take full advantage of and push the Reds up the title.