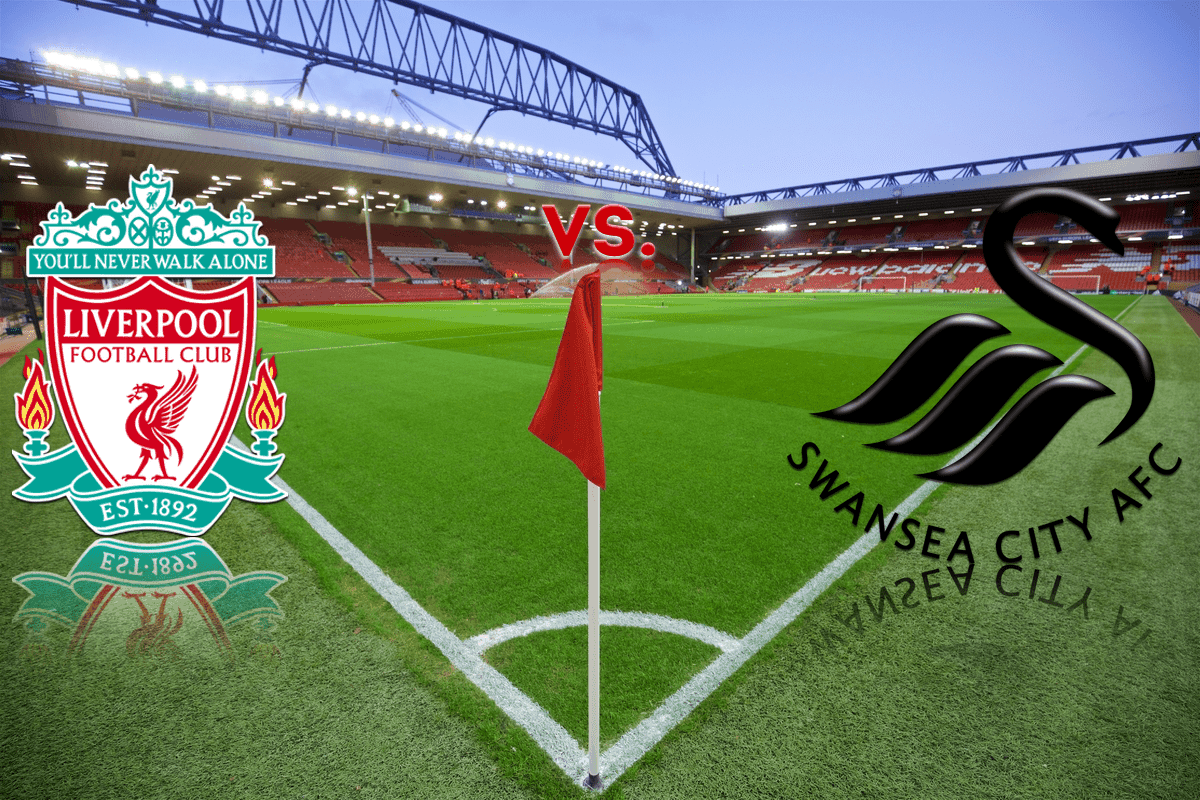 Liverpool reconvene at Anfield on Sunday afternoon, with Swansea City the visitors as the Reds turn their attentions back to the Premier League. Liverpool come into the clash hoping to avoid a repeat of the Europa League hangover suffered against Crystal Palace three weeks ago, facing a Swans outfit looking to spark an upturn in form after recent struggles.

Klopp’s side will be in better shape for the second successive home game with no long-haul travelling undertaken in midweek – something that will help the Reds as they look to record back-to-back league wins for the first time since the opening two games of the season.

The Swans at Anfield Swansea are notorious strugglers at Anfield; they’ve won only twice in 21 visits, recording just one success in the last 51 years.

That was a 3-1 League Cup win in 2012, and the Swans have yet to taste victory on Merseyside in the Premier League, despite being involved in some entertaining and high-scoring encounters.

Last season’s corresponding fixture saw Brendan Rodgers’ side run out emphatic 4-1 winners – the Reds’ biggest victory of the season – in the final clash of 2014.

Alberto Moreno converted Jordan Henderson’s ball across to put the Reds ahead, before Adam Lallana doubled the lead, charging down Lukasz Fabianski’s clearance – which rebounded into the Kop net.

Gylfi Sigurdsson halved the deficit only a minute later, but hope of a comeback was short lived when Lallana slotted home his second of the night after a one-two with Philippe Coutinho.

Former Liverpool midfielder Jonjo Shelvey glanced into his own net to complete the rout.

Swansea have never beaten the Reds at Anfield in a league fixture and the visitors will be looking to change that on Sunday afternoon.

Since claiming a confidence boosting 2-1 win over Manchester United at the Liberty Stadium in August, Swansea’s form has been on a rapid downward spiral – winning just one of their last nine league games, scoring only six goals.

The Swans have suffered some poor defeats, too – losing to newly promoted sides Watford and Norwich, while only being able to manage a 2-2 draw with Bournemouth last time out.

Swansea’s only win in the disappointing run came against bottom-of-the-table Aston Villa, where Monk’s men picked up a 2-1 victory.

Only the three relegation zone occupiers – and 17th-placed Newcastle – have won fewer games, with Swansea sitting five points outside the drop zone and six points behind Liverpool.

In contrast, the Reds come into the game in good form with five wins from their last six games, and looking to secure successive league wins for the first time under Klopp.

A win for the Reds is priced at 4/9, with a draw valued at 7/2 and a first league win for Swansea at Anfield an outside bet at 7/1.

Monk arrives on Merseyside with a clean bill of health at his disposal and no injury concerns.

With a fully fit squad available, Monk could make changes to the XI that ground out a 2-2 draw against Bournemouth last weekend.

Sigurdsson, Jefferson Montero and Bafetimbi Gomis – who all came on as second-half substitutes in the stalemate – are pushing for starts, as is Federico Fernandez, who sat amongst the substitutes last weekend.

Liverpool fan Andre Ayew is in line to feature but there will be no Anfield reunion for Shelvey, who misses another return to Merseyside through suspension.

With the Swansea struggling for goals, the Reds will have to ensure no encouragement is afforded defensively, while moving in behind the Swans midfield to exploit a confidence-stricken back four will be key for Klopp’s men.

Ahead of the Swans’ visit, Klopp told reporters of his hopes for the weekend:

“It’s important to make your own progress. That’s what we think about.

“There’s no easy games in the league, we saw [Swansea’s} strengths in Montero, Gomis and the other guys. We have to defend very well.

“If we can play football then we can find spaces and if we find spaces we can be dangerous.”

Monk spoke of the pressure on his shoulders and facing Klopp prior the Anfield trip:

“I speak to the chairman and he’s extraordinarily supportive. The word trust is from top to bottom with him, when I have my discussions with him. It’s normal.

“[Klopp] has done great. He looks great in interviews, very personable with charisma. I’m not sure how he works but his team are going very well.”

Sunday’s match will not be broadcasted live in the UK, but can be viewed around the globe on channels such as NBCSN and Telemundo.