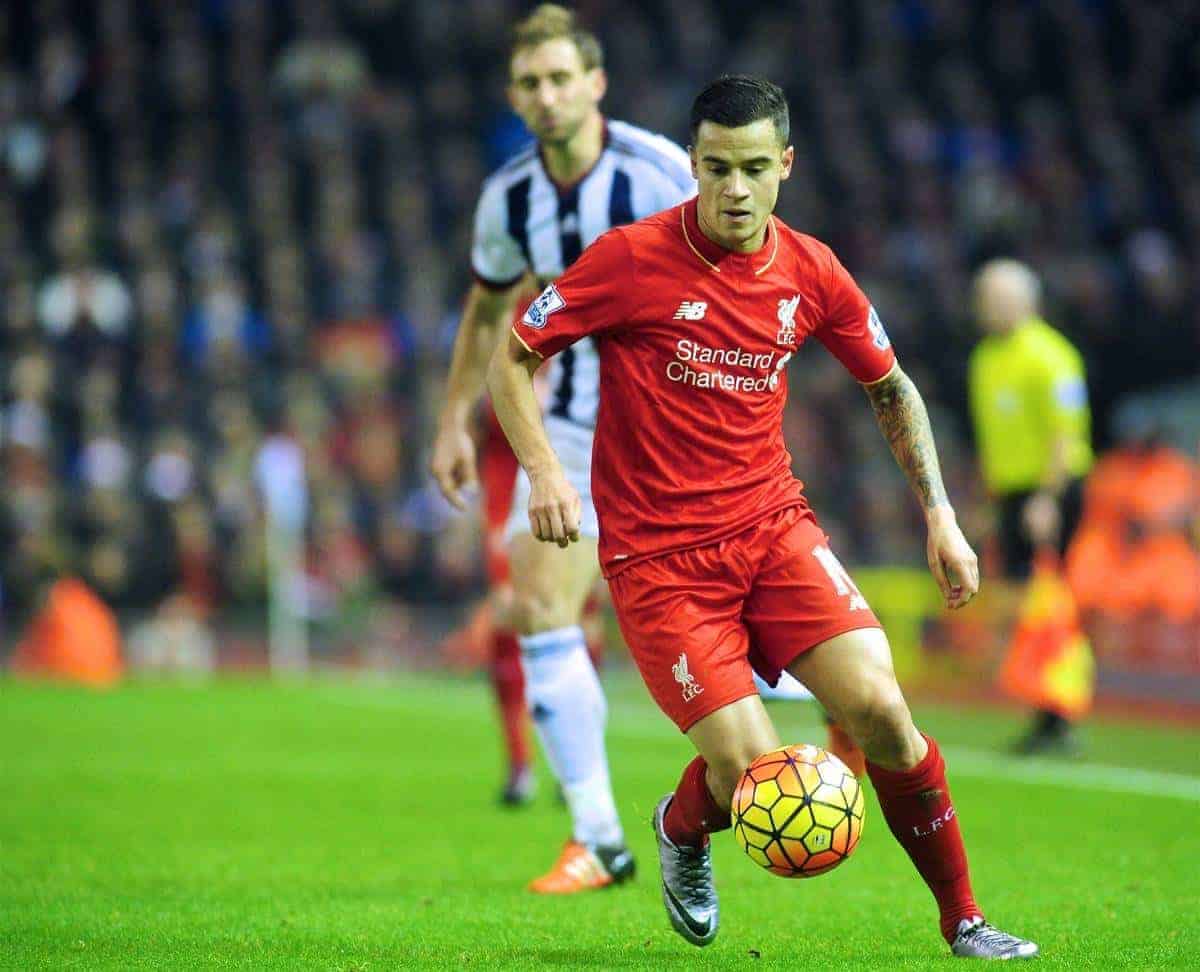 After spending weeks on the sidelines with a hamstring injury, Philippe Coutinho he is “feeling good” and looking to hit top form for Liverpool.

Coutinho missed four games after suffering the injury in November’s 4-1 win away to Manchester City, but made his return to the starting lineup against West Bromwich Albion on Sunday.

Now fully fit, the Brazilian is looking to make an impression in Jurgen Klopp‘s first team.

“It’s the best thing, because to be out injured is very difficult—it’s awful.

“Of course, we love playing football and when we’re available for selection, it’s the best thing.

“I’m feeling good and I hope I can help the team out in the best possible way.”

Coutinho showed his quality with a fine ball hung up for Adam Lallana at Anfield on Sunday, with the England midfielder nodding it into Jordan Henderson‘s path to put Liverpool 1-0 up against the Baggies.

That clash went on to a dramatic conclusion, with Divock Origi firing in a stoppage-time equaliser to seal an unlikely 2-2 draw.

Klopp urged his players to salute the Kop at full-time, as an appreciation for their support throughout—as Anfield that afternoon was at its most vocal in many months.

Explaining what this support meant to the players, Coutinho went on to say that “the atmosphere inside the ground was amazing.”

“The supporters were urging us on, so the goal was very important and we were satisfied given the way things were going,” he continued.

“The fans are there supporting us and that’s really important, as I’ve said before.

“We hope it’ll be like it was in the last game until the end of the season, everyone united, so we can achieve positive results in the league.”

It is clear that when Anfield is in full voice the likes of Coutinho, Lallana and Henderson will naturally step up their performance levels.

As a fit and firing Coutinho attests, this must continue, and Liverpool can hope for more success as a result.