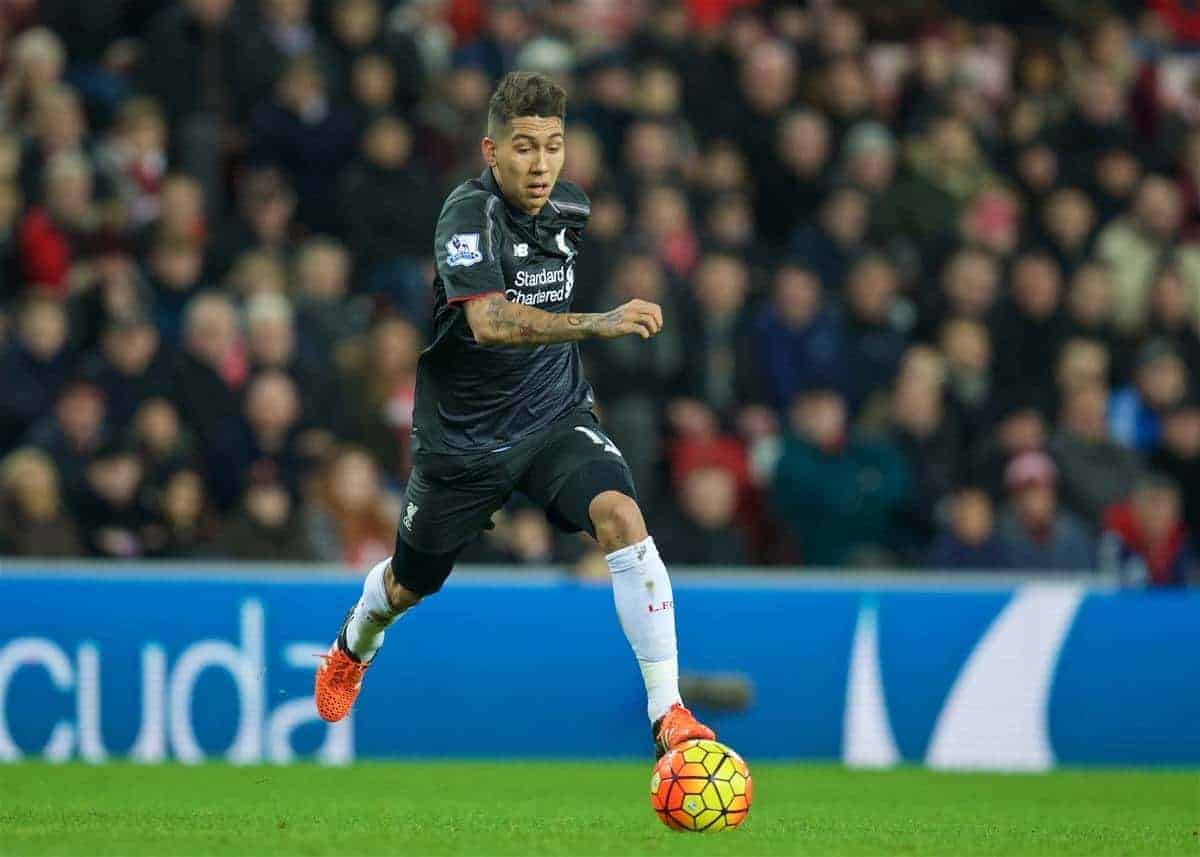 Following Liverpool’s narrow victory against Sam Allardyce’s Sunderland, we assess how the Reds performed in their 1-0 Stadium of Light win.

The Belgian was largely a spectator on his return to Wearside and did well to keep concentrated enough to earn his 16th clean sheet of the year.

Made a fantastic save to deny Jermain Defoe, held Fabio Borini’s strike well and dealt positively with high balls launched into his area, connecting in particular with a superb punch under real pressure at the death.

The 24-year-old afforded Sunderland little joy down their left, playing on the front foot, and he delivered some nice crosses, also playing a vital part in the match winner.

The Croatian built on his assured performance of Boxing Day with a man-of-the-match display at the Stadium of Light.

Lovren was commanding, stood up to Sunderland’s aerial bombardment—being impressively dominant in the air—and was reliable in possession, alongside clearing his lines well.

Looked much more confident and composed at the heart of the defence—pleasing form from the 26-year-old.

The Frenchman produced a typically solid performance at the heart of the Reds defence, strong in his defending and reliable with his use of the ball.

Like Lovren he won countless headers and made for a solid left side with Alberto Moreno, though did give away some needless fouls going to ground unnecessarily if being picky.

Starting to form a positive partnership with Lovren.

The Spaniard was his ever tenacious self in the north east, strong when defending though was caught out of position on a couple of occasions.

Provided some excellent attacking support on the left side, delivering some dangerous crosses in the first half as he looked to contribute in the final third. It was very much a mixed night for Can in Liverpool’s midfield against Allardyce’s side, with the German sloppy on the ball but producing some excellent work out of possession.

He won some important tackles and battled well, using his power to regain the ball, but his quality in possession was poor and contributed to the breaking down of numerous attacks which was frustrating.

It was a quiet but effective night for Liverpool’s captain, who impressed with a tidy performance in midfield in the first half, using the ball well and battling hard in the middle of the park.

He was less dominant after picking up his injury which forced him off on the hour mark and the Liverpool boss will hope it’s not too serious.

Despite getting the vital touch to Clyne’s pass for Benteke’s goal, Lallana continued his disappointing form turning in another non-existent display.

He offered next to nothing in and out of possession all night and there’s no reason for him to keep his place in the side currently. It was a mixed night for the Brazilian, who showed some brilliant play in flashes but also proved frustrating for the most part.

Enjoyed a lot of the ball but struggled to do much with it with his touch off-key at crucial moments and his shooting once again wayward—which is really frustrating to watch.

Firmino was the Reds’ most potent attacking threat and showed glimpses of his undoubted quality, especially in the first half.

He saw his superb strike cannon back of the post, was unlucky with a header, and created two opportunities late in the second half for Benteke and Jordon Ibe, which both went to waste.

Still work to do with him not yet hitting the heights of his Hoffenheim form, but showed signs of coming to life.

The Belgian proved to be the match winner for the second game in a row but, despite his goal, it was yet another frustrating performance from Benteke.

He was an immobile spectator for the most part and missed a sitter to wrap the game up late on, but must be given credit for his slick finish as he makes a habit of playing poorly but finding the net.

Replacing the injured captain, the experienced defensive midfielder did a tidy job in midfield for the half hour he played.

Was bypassed a couple of times but won some important tackles, made key blocks and used the ball simply and intelligently as he provided a calm head in a scrappy affair.

The teenager had little time to make an impact, but produced one strong run down the left and should have wrapped the game up, instead wastefully blazing over.

Made up the numbers as Liverpool saw the game out.

The German picked exactly the right team on the night at the Stadium of Light, and must be given credit for setting his side up perfectly to pick up three points.

He could perhaps have introduced Ibe earlier with the Reds in need of pace and energy in attack and his decision to use Lucas in the midfield battle, rather than drag Coutinho back for extra creative influence, was the right one.

The sloppiness and lack of quality in the performance will undoubtedly have frustrated Klopp and shows there is still plenty of work to do, but the German will judged on results—and he picked up a vital one to round off the year with three points.