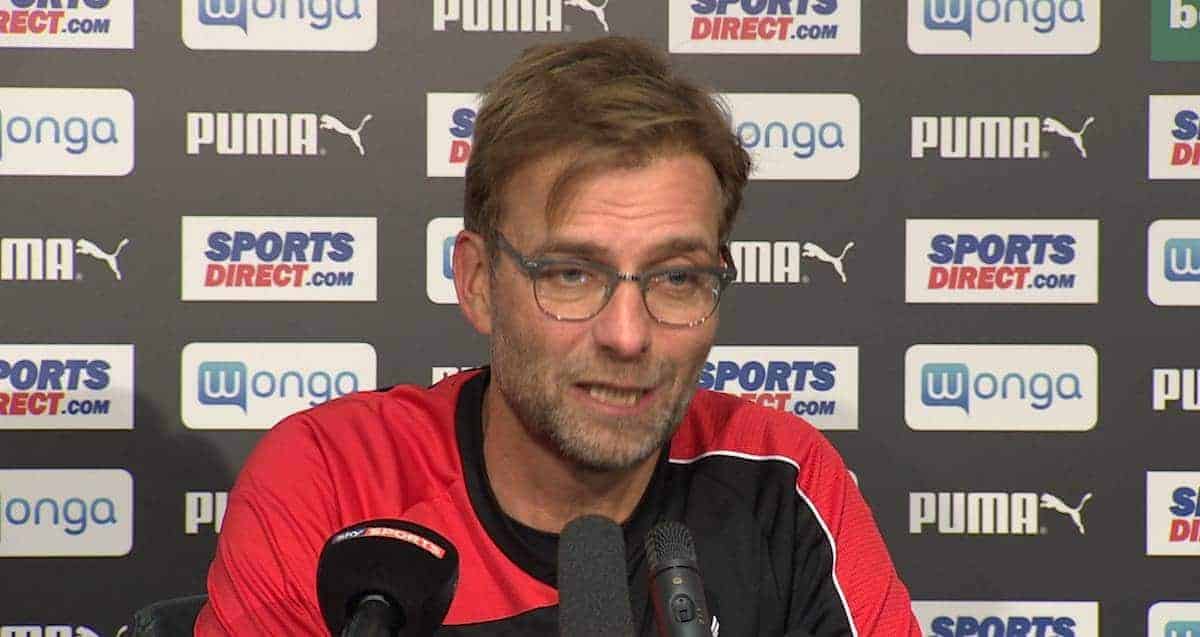 Klopp was asked where it went wrong, tell reporters “almost everything – the beginning, middle and end.”

Klopp said his team’s defending was good, but bemoaned the pressing in midfield and up front.

The German manager was asked about title talk, saying “I didn’t hear anybody on this side of the table talking about” – saying that he had never said Liverpool are title contenders, so why should he have to discuss that now.

* Apologies for the delay with this video being added, our supplier had an issue with their original video being a corrupted file.