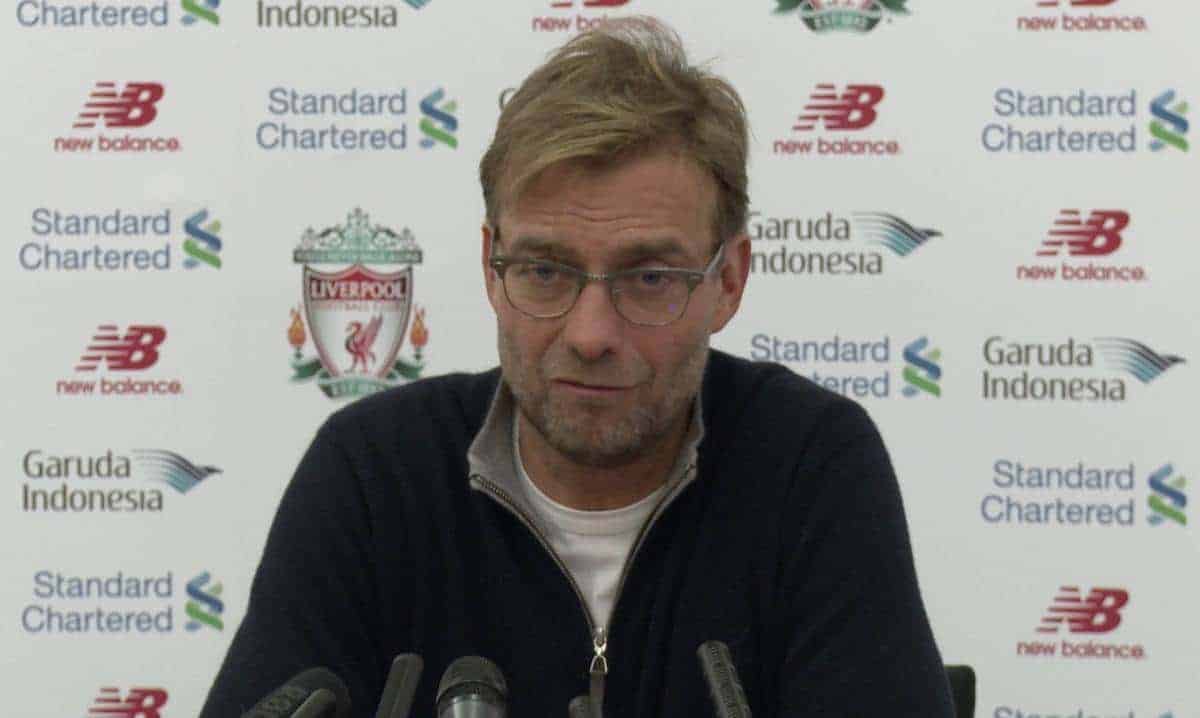 The manager says Sturridge is available for the weekend, but hinted that Henderson isn’t yet ready to start. He also said they were previously too optimistic on Coutinho’s return date, with the Brazilian at one point expected back vs. Swansea. He could though be involved on Sunday.

There was also discussion about Emre Can, who is suspended for this weekend, and talk of the Reds’ squad depth. Asked about the competition for places right now, Klopp said: “It’s how it should be, I hope it stays this way.”

Asked about the problems Newcastle face and Liverpool’s form, Klopp said: “Yeah we expect to (win the game). We expect to win all the time. We have the same feeling about this (game), but we respect the opposition.”