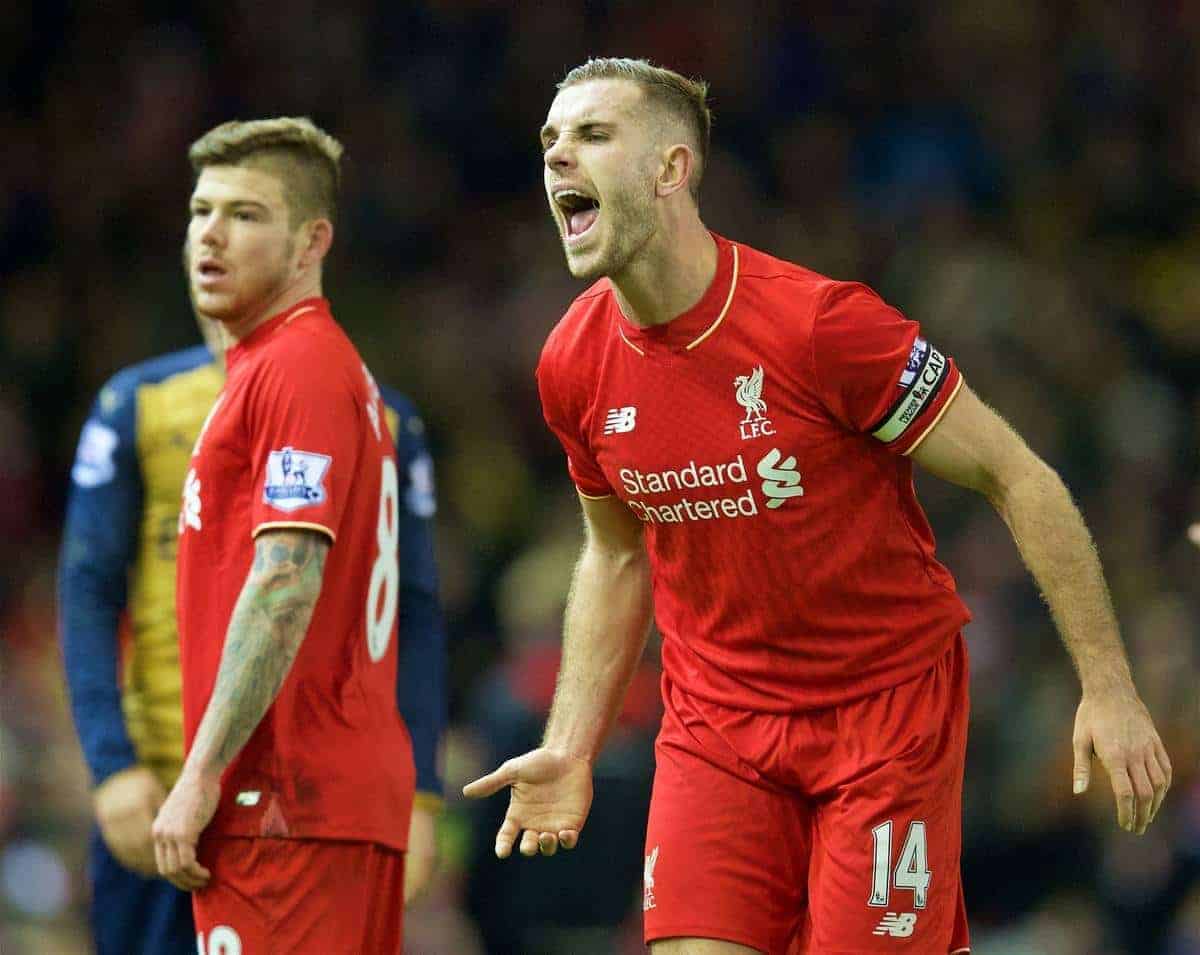 Liverpool captain Jordan Henderson expects manager Jurgen Klopp to bring in reinforcements this summer but believes the current squad can prove they are good enough.

Klopp has already made one signing – Serbian teenager Marko Grujic who will join for pre-season having gone back on loan to Red Star Belgrade – and there are expected to be several more new additions.

When the German took over in October he told owners Fenway Sports Group he believed the squad was good enough for him to work with immediately with no major changes but on the evidence of performances so far he will want to bring in his own players.

He is trying to tie up a deal for Schalke’s Cameroon centre-back Joel Matip, who is available on a free transfer come the end of the season, but the squad will need a major overhaul in all departments. That effectively leaves players playing for their futures.

Midfielder Joe Allen admitted as much earlier this month as he has struggled for pitch time, and Henderson accepts the only way to convince their manager is to start winning more often.

Since Klopp took over in mid-October Liverpool have won back-to-back league matches just twice and taken 19 points from 14 matches but a failure to score and mistakes at the back have cost them dearly.

They are the primary areas Klopp needs to improve but Liverpool’s captain is hopeful the existing squad can make a case for themselves.

“Football teams will always look to strengthen, always look to improve, but us as players we just have to give everything for now and try to win as many games, put in as many performances as possible,” he said.

“I really believe we have a good squad of players but we need to be winning.

“The way that we played and the chances that we had (against Manchester United) we need to be winning the game but we never did.

“We need to be better in certain areas but we need to keep going right until the end of the season and see where we are.”

Defeat at home to United, conceding to the visitors’ only shot on target, leaves Liverpool eight points behind fourth-placed Tottenham.

Champions League qualification looks remote unless they can win the Europa League, which resumes with a trip to Augsburg next month, but with the chance of a Capital One Cup final appearance plus progression in the FA Cup domestic silverware might be a more attainable target.

“We have to keep going right until the very end and see what happens, take each game as it comes and see whether you are in the mix or you are not,” added Henderson.

“At the minute we are not but we have to keep fighting, keep putting performances in I am sure we will win more than we lose.

“We want to win every trophy we can whether it is the FA Cup, Capital One Cup or Europa League.

“Whatever it is we need to make sure we give our all.”

United’s winner came from a corner, exposing a weakness which has become all-too well-known for opponents recently with Liverpool’s eight goals conceded from set-pieces leading the Premier League.

It is a fallibility opponents are now targeting and Henderson admits they have to improve.

“I am sure teams will look at that but we have to make sure we are fully concentrated and defending set-pieces well and stop conceding,” he said.

“We put a lot of work into it on the training field, it is disappointing.

“We conceded a sloppy goal at a set-piece against Arsenal and [against United] it was a good header and we need to react to second balls and be first to them.

“Maybe we need to be more concentrated, I don’t know, but we need to keep going onto the next game and play well.”