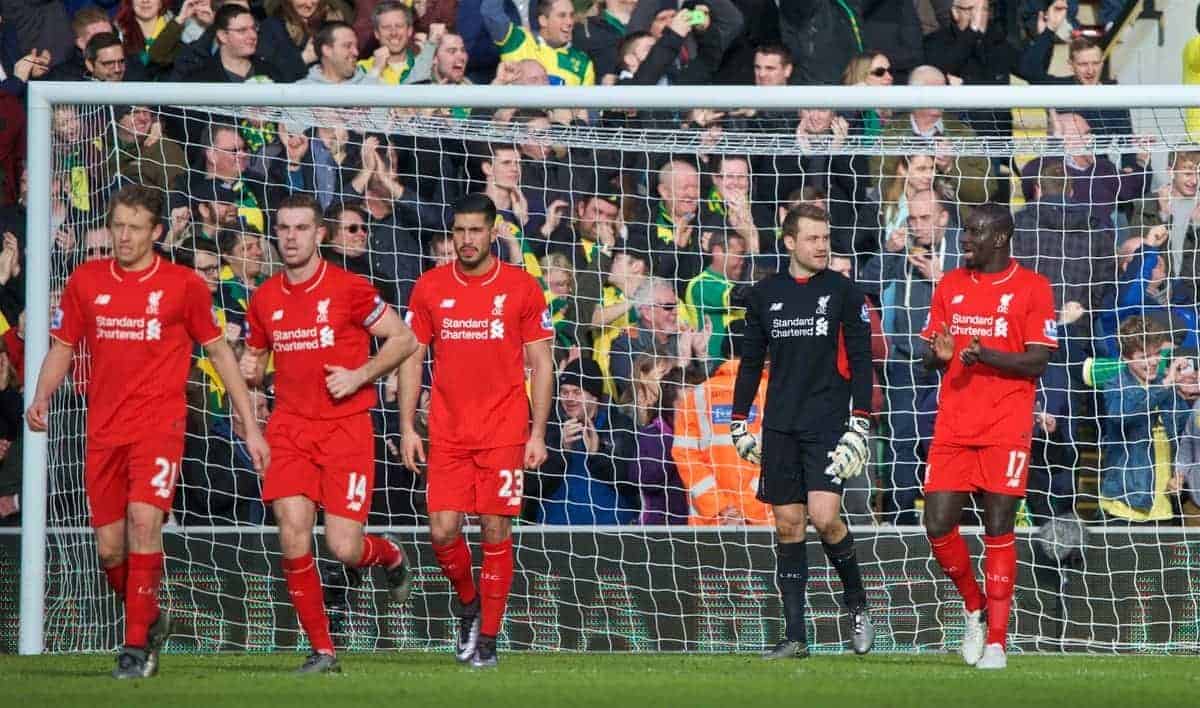 Simon Mignolet may not have been the worst aspect of Liverpool’s defensive play against Norwich City, but he’s now conceded seven of his last eight shots on target. It was an unforgettable 5-4 triumph for the Reds at Carrow Road, with Adam Lallana‘s last-gasp strike earning Jurgen Klopp‘s men all three points.

Mignolet failed to cover himself in glory, as well as several others, in fairness, conceding four times and generally lacking the authority of a truly top class goalkeeper.

Much has been made of the Belgian being a good shot-stopper, but recent evidence would suggest that he is anything but that.

Staggeringly, Mignolet has now conceded seven times from the last eight shots on target against him – with the only one failing to find the net a tame effort from Sebastien Bassong on Saturday.

Olivier Giroud twice scored past the 27-year-old at Anfield, while Wayne Rooney’s solitary goal for Man United last weekend was the Red Devils’ only effort on target all afternoon.

Many felt he could have done a little better for Rooney’s close-range winner, while Giroud’s poked effort from an Arsenal corner also left many pointing the blame in Mignolet’s direction.

Against Norwich, the Belgium international could do little about Dieumerci Mbokani’s back-heeled goal, but had to do better for Steven Naismith’s angled drive and Wes Hoolahan’s unconvincing penalty.

It would be unfair to say that this statistic is solely down to awful goalkeeping from Mignolet – some of the recent goals conceded have been impossible to keep out, such as Bassong’s late equaliser – but it once again highlights that he just not doing his job.

In total this season, Mignolet has the worst save-per-90-minutes ratio in the Premier League:

Simon Mignolet has the worst save per 90mins totals in the league, but we all knew that didn't we? pic.twitter.com/811eLem6Ww

No ‘keeper should be conceding at such an alarming strike-rate, and Mignolet’s unconvincing nature appears to hampering those around him.