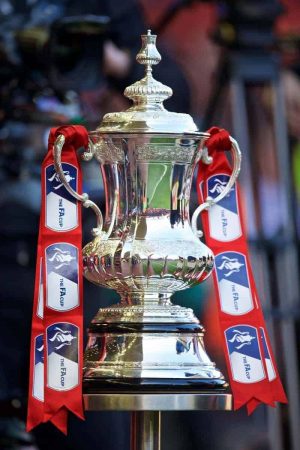 With Liverpool’s FA Cup third round clash at Exeter City fast approaching, we look at how the Reds have fared in their last five games at this stage of the competition.

The FA Cup may have lost some of the magic that made it unmissable in the 20th century, but there is still an undeniable buzz once the third round arrives.

Jurgen Klopp takes his Liverpool team to League 2 side Exeter on Friday evening, with the German taking part in his first ever FA Cup match.

Although everything should point to an easy win for Klopp’s men, the Reds are injury-ravaged and likely to play a number of youngsters. It may be harder than some think.

You only have to look at last year’s trip to AFC Wimbledon to see how tricky it can be against lower league opposition, and that is where we start our look back at Liverpool’s last five FA Cup third round games.

Many believed this would be an easy day at the office for Brendan Rodgers and his side, but they took a spirited Wimbledon side far too lightly.

Fortunately, Steven Gerrard rolled back the years with a match-winning performance.

The legendary former captain stooped to head home a well-taken header 12 minutes into the game, and Liverpool seemed well on course for victory.

It was up to Gerrard to rescue his side, with the midfielder curling home a sublime 62nd-minute to send Liverpool through.

Having been knocked out by Oldham at the fourth round stage a year earlier, revenge was called for when Liverpool hosted them in 2014.

A fairly forgettable first-half ensured Anfield grew a little tense, but the breakthrough was made early in the second-half.

Liverpool’s victory was sealed with eight minutes remaining, as James Tarkowski diverted Sterling’s shot into his own net. A routine win.

This game saw Daniel Sturridge make his Liverpool debut, following a £12million move from Chelsea, and he became a hero almost immediately.

The Englishman was seen as a gamble of a signing, but within seven minutes of being on the pitch, he had ruthlessly dispatched a finish into the net to put his side 1-0 up.

Luis Suarez doubled the lead after the interval, although there was a definite touch of (accidental) handball from the Uruguayan in the lead-up to the goal.

Rodgers’ men were made to sweat with eleven minutes left, thanks to striker Matt Green’s goal, but Liverpool hung on in the end.

The Reds have played Oldham three times in the last four years, and this was quite comfortably the most one-sided contest of the three.

It started disastrously for Liverpool, though, thanks to Robbie Simpson’s fantastic strike. Parity was restored two minutes later, thanks to Craig Bellamy’s clever header.

Gerrard’s penalty put the hosts in front on the stroke of half-time, and Jonjo Shelvey made it 3-1 midway through the second-half.

Stewart Downing and Andy Carroll both scored in the final few minutes to put the icing on the cake, as the Merseysiders cruised into round four.

Liverpool reached the final that year, but were beaten 2-1 by Chelsea at Wembley.

This was a momentous day in the history of Liverpool Football Club, despite Liverpool losing to their most bitter rivals.

It marked the return of Kenny Dalglish as manager, 20 years after resigning from his brilliant first spell in charge, and the reception he received from the travelling fans at Old Trafford was memorable.

On the pitch, it was a day to forget.

Ryan Giggs’ early penalty proved to be the only goal of the game – Daniel Agger fouled Dimitar Berbatov after barely 30 seconds – while Gerrard was sent-off for a reckless lunge on Michael Carrick before the break.

Liverpool may have been out, but most supporters were too happy about Dalglish’s return to care.