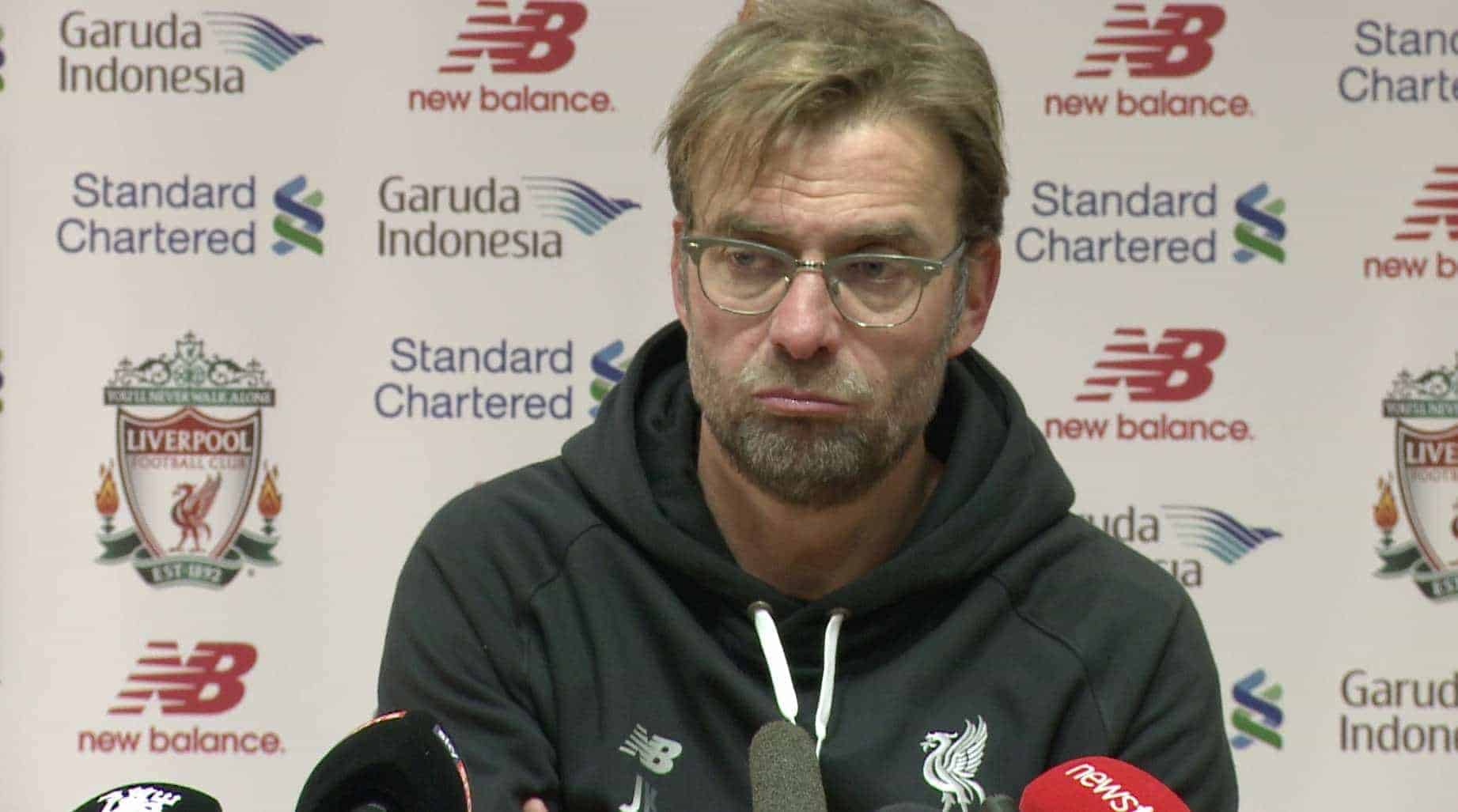 Klopp was asked about his use of Roberto Firmino as centre-forward and keeping Christian Benteke on the bench, saying it was the smallest of the Reds problems today.

“It’s really bad; it’s a derby and in a derby you only have one job to do: you have to win it. That’s the only possibility to be satisfied after the game,” he said.