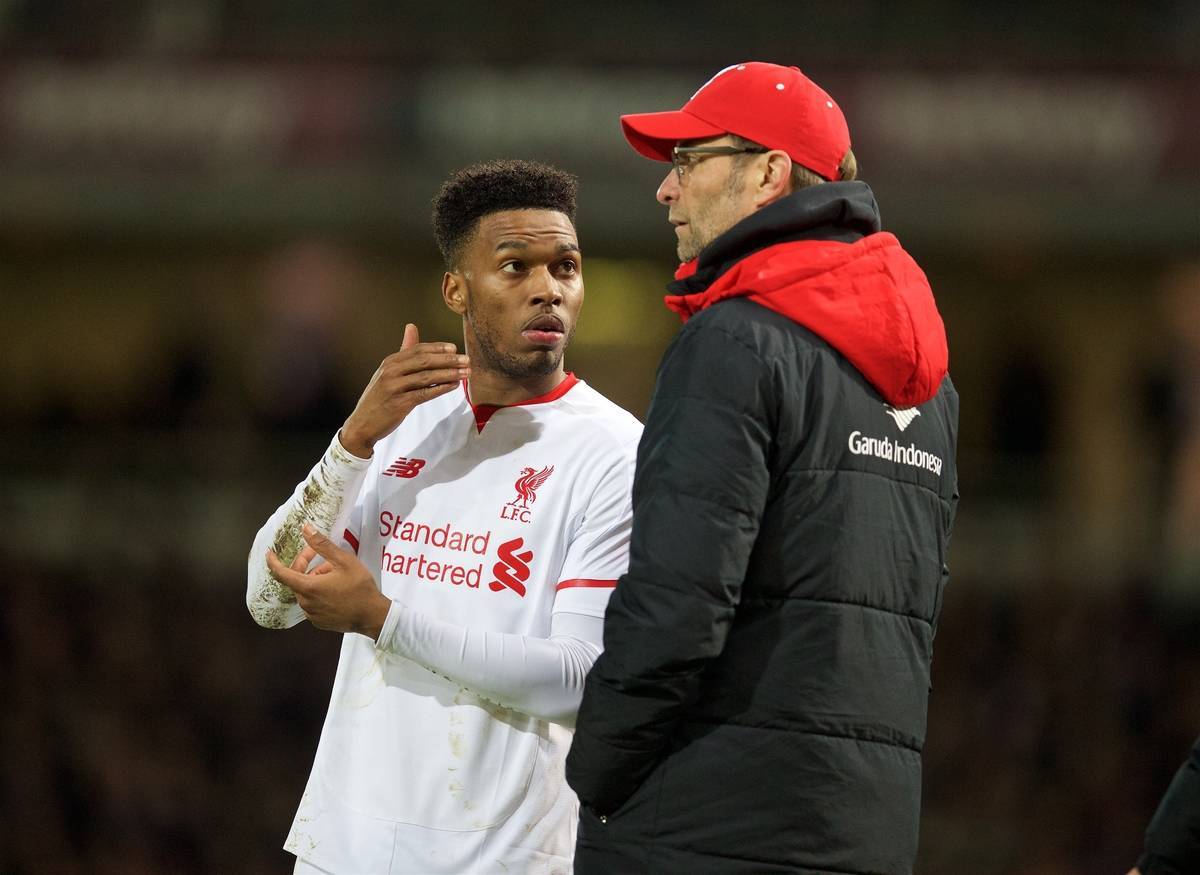 Liverpool manager Jurgen Klopp may have almost all his attacking options available once again but admits he cannot throw them all in at once.

Long-awaited midweek comebacks for Daniel Sturridge, Philippe Coutinho and Divock Origi mean the German has his strongest squad, certainly in relation to the top end of the pitch, since he arrived in October.

With makeshift centre-forward Roberto Firmino having scored five in his last six matches Klopp has decisions to make.

At one stage in Tuesday’s FA Cup exit at West Ham, he fielded three strikers in Sturridge, Origi and Christian Benteke and winger Jordon Ibe at the same time.

Yet the German knows he cannot just go for broke in an attempt to boost a side which has scored just 32 goals in 25 matches.

“It was a risky formation after our changes, when we had Jordon Ibe, Christian, Daniel and Divock on the pitch, and defended in midfield with Pedro (Chirivella) and a limping Kevin Stewart,” he said.

“We wanted to win the game and in the moment we saw the chance to do it – but I don’t think it’s a likely line-up for a Premier League game.

“You need balance and rhythm in your game and you cannot force it with the line-up by bringing all of your strikers and hoping that one of them will score a goal. That’s not how it works.

Despite Sturridge’s return to fitness and Benteke’s obvious desire to play against the club he left in the summer for £32.5million it is likely Firmino will start up front again.

The Brazil international has regained his best form in recent weeks filling an important role up front.

“He’s a good player, there’s no doubt about this. A few weeks ago we had no strikers and now we have four strikers,” said Klopp.

“Roberto is much more stable and has much more consistency in his performances than when I came here.

“He is showing what he’s capable of and that’s good for all of us.”

Bottom side Aston Villa are eight points from safety but Klopp is not sure whether that will work in their favour or not.

“You can say they have nothing to lose any more but they have to win the games and take the risks,” he said.

“It’s always difficult at Aston Villa but don’t forget it’s difficult for Aston Villa to win against us if we are good. “That’s the first thing we have to show and if we show this then we can win.”