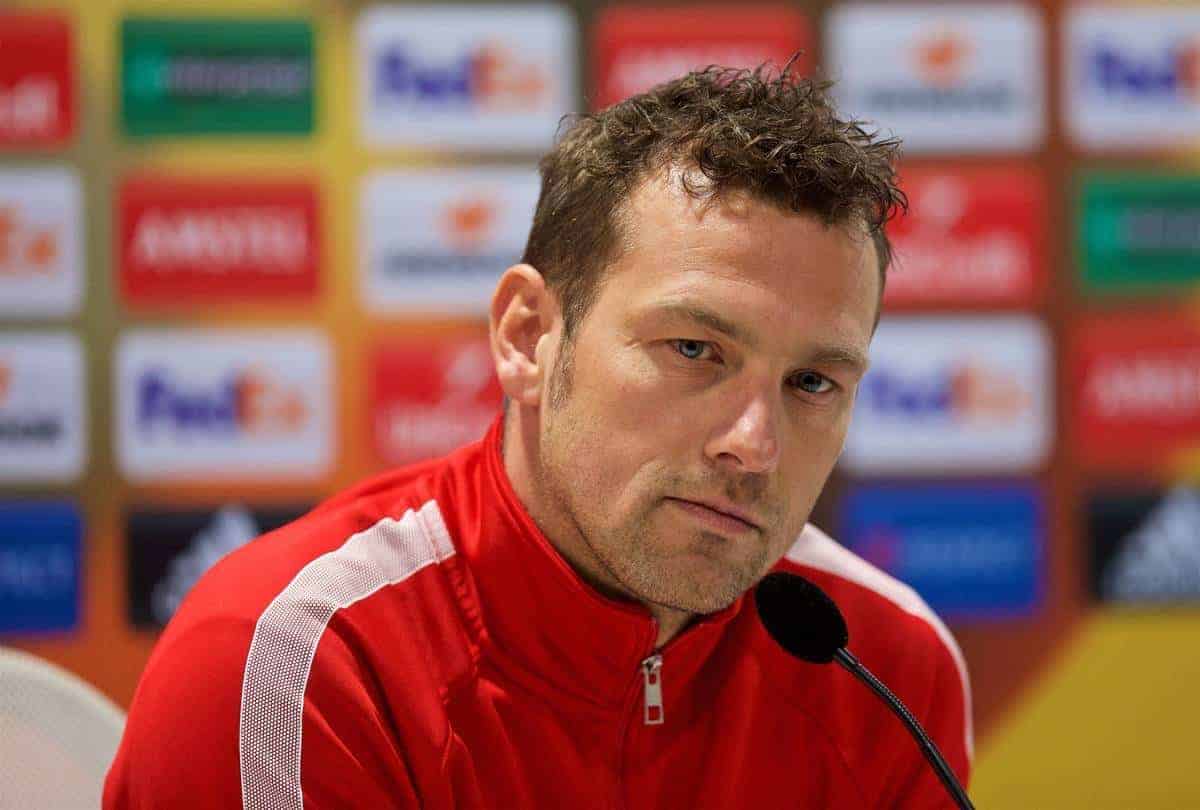 Augsburg manager Markus Weinzierl finds his squad thinning as he prepares his side to take on Liverpool at Anfield in Thursday night’s Europa League second leg. Weinzierl will be looking to spring a surprise with victory on Merseyside, and take his side to the Europa League‘s round of 16.

But as the 41-year-old prepares his team selection for Augsburg’s clash with Liverpool, he finds a number of his first-team stars unavailable through injury.

Limping off midway through the first half in last week’s first-leg tie at the WWK Arena, star striker Raul Bobadilla is likely to miss two weeks of action, leaving Weinzierl without his top goalscorer.

Missing in Germany last time out, playmaker Daniel Baier will remain on the sidelines, and will be joined by fellow midfielder Markus Feulner.

Feulner suffered a broken cheekbone in Sunday’s 1-0 win away to Hannover 96, and will undergo surgery on Wednesday.

Jeong-Ho Hong, Jan Moravek, Piotr Trochowski and Jan-Ingwer Callen-Bracker are all also out, leaving Weinzierl without seven of his first-team squad.

Despite this, the manager and his side will be hoping that victory on Sunday can provide them with the momentum required to secure victory at Anfield.

“Of course, this gives us a lot of confidence for the next games,” Augsburg captain Paul Verhaegh told Bundesliga TV on Sunday.

“We were happy to beat Hannover today. It will definitely give us confidence.”

That win pushed Weinzierl’s side further away from the relegation zone, and with goalscorer Ja-Cheol Koo vying for a starting role following the injury to Bobadilla, a depleted Augsburg can still be a threat to the Reds at Anfield.