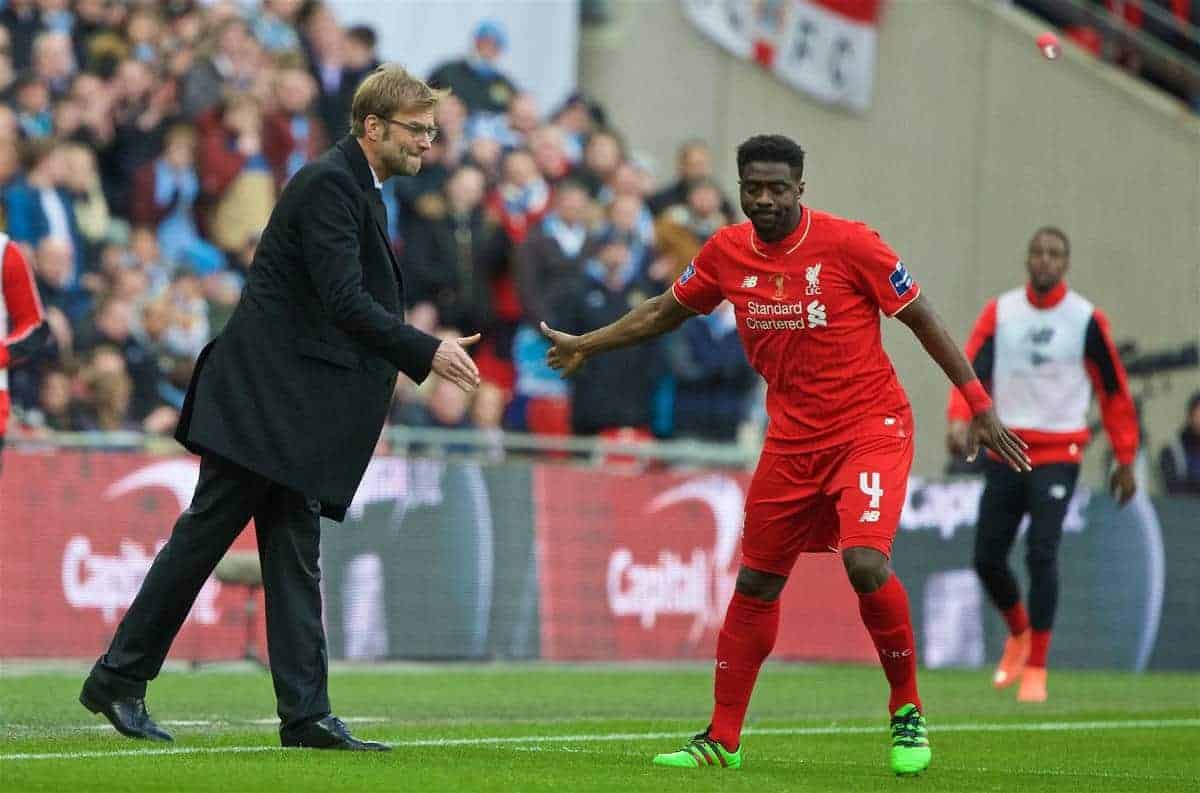 Liverpool defender Kolo Toure hopes the Europa League can save their season after an agonising penalty shoot-out defeat in the Capital One Cup final left them with little else to play for.

Jurgen Klopp‘s side are nine points off fourth place in the Barclays Premier League – although Wednesday’s match at home to Wembley conquerors Manchester City offers a chance to reduce that – and Champions League qualification via that route looks highly unlikely.

So the main priority now is trying to qualify for the premier European club competition by winning the Europa League.

They will have to get past arch-rivals Manchester United, whom they have drawn for the first time in Europe, in the last 16 but Toure believes it is the only way to salvage a campaign which has occasionally promised success but ultimately failed to deliver.

“Winning the Europa League can save the season and the Premier League is not done yet,” said the centre-back.

“Of course we have plenty of games coming. We have another Premier League game which is very important. We need to digest this loss and then focus for the game because it will be tough.

“We can get three points against City. The final showed both sides can win.”

Defeat to City was Liverpool’s third in succession at Wembley, having lost the 2012 FA Cup final to Chelsea and then last season’s semi-final to a struggling Aston Villa side.

Toure was an unused substitute last April but he at least came off the bench against former club City after a clash of heads forced Mamadou Sakho off after 25 minutes.

While he may not be around to make amends – the 34-year-old defender’s contract expires in the summer – he believes Klopp’s squad of younger players can benefit.

“You have to learn to lose sometimes before you win,” he added. “We will learn as a team together to lose and we hope we can win next time.”

Captain Jordan Henderson has backed the players to bounce back immediately at Anfield and exact some sort of revenge on Manuel Pellegrini’s side in midweek.

“You have to try to take positives from it and learn from these experiences,” he said.

“We had a situation against Chelsea after the cup final when we played them a few days later and played very well (winning 4-1 at Anfield).

“We’ve got to do that again. Something similar would be nice, although it won’t make up for the disappointment.

“It is hard, it is difficult, but that is life and football and you have to deal with it as best you can.

“As a team we’ve great character and personality. You saw that on the pitch, so there won’t be a problem moving forward.

“I feel when we play to the level we are capable of we can beat everyone.

“We left everything on the field. We have to do the same until the end of the season and there could still be success for us.”