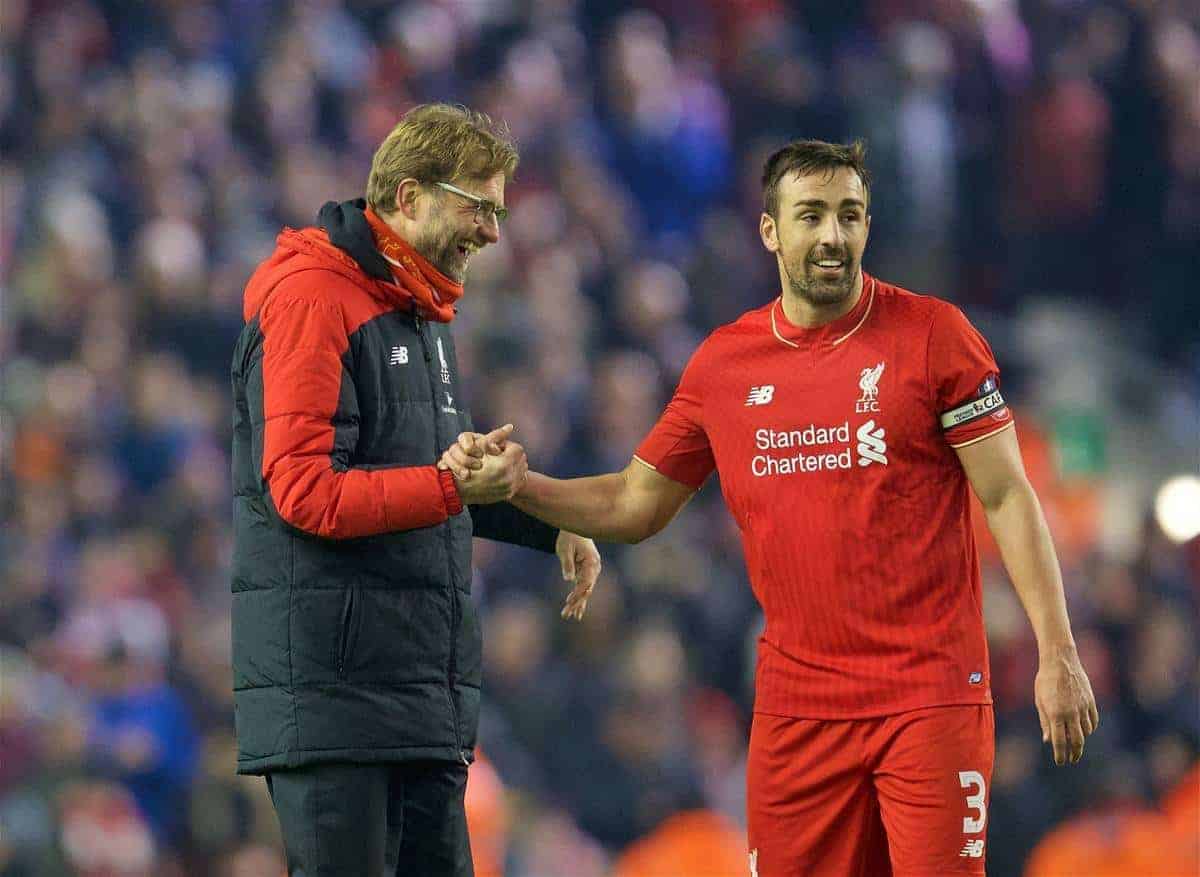 Jose Enrique could head the outgoings list at Liverpool this winter, with the Spaniard in talks to re-join former club Newcastle United.

UPDATE: Within an hour of these reports emerging, it’s been reported that Enrique has, surprise, surprise, failed to agree terms with his former club.

Sounds like Liverpool's Jose Enrique wanted a longer deal than Newcastle United were prepared to offer so that one off.

Enrique has struggled to secure game time over the past two years, with the arrival of Jurgen Klopp doing little to improve his chances of a first-team role.

So far this season the left-back has made just three appearances for the Reds, all coming in the FA Cup – two as a makeshift centre-back due to injuries.

His last contribution came in Saturday’s 0-0 fourth-round draw at home to West Ham United, sending a free-kick straight into the wall to kick off a Hammers counter after being brought on in the closing stages.

It may prove a fitting epitaph for the 30-year-old, who has endured a shocking fall from grace on Merseyside, with former club Newcastle preparing a move this deadline day.

According to widespread reports this afternoon, the Magpies are looking to finalise a free-transfer deal before the close of the winter transfer window.

This would see Liverpool settle Enrique’s existing contract, with the former Villarreal defender in the last five months on his £65,000-a-week deal.

Liverpool certainly won’t stand in his way, with Alberto Moreno, Brad Smith and likely Jon Flanagan ahead of him in the pecking order at left-back.

But with Enrique having rejected a move to West Bromwich Albion in the summer, this may not be a straightforward negotiation.

This came with Enrique exiled from first-team training by Brendan Rodgers.

But having spent the majority of the season playing for Michael Beale’s Under 21s, the hope is that Enrique will now take the hint.

A move to Newcastle would suit Enrique, with Steve McClaren in need of another left-back this month, and returning to familiar surroundings could even reignite his stuttering career.