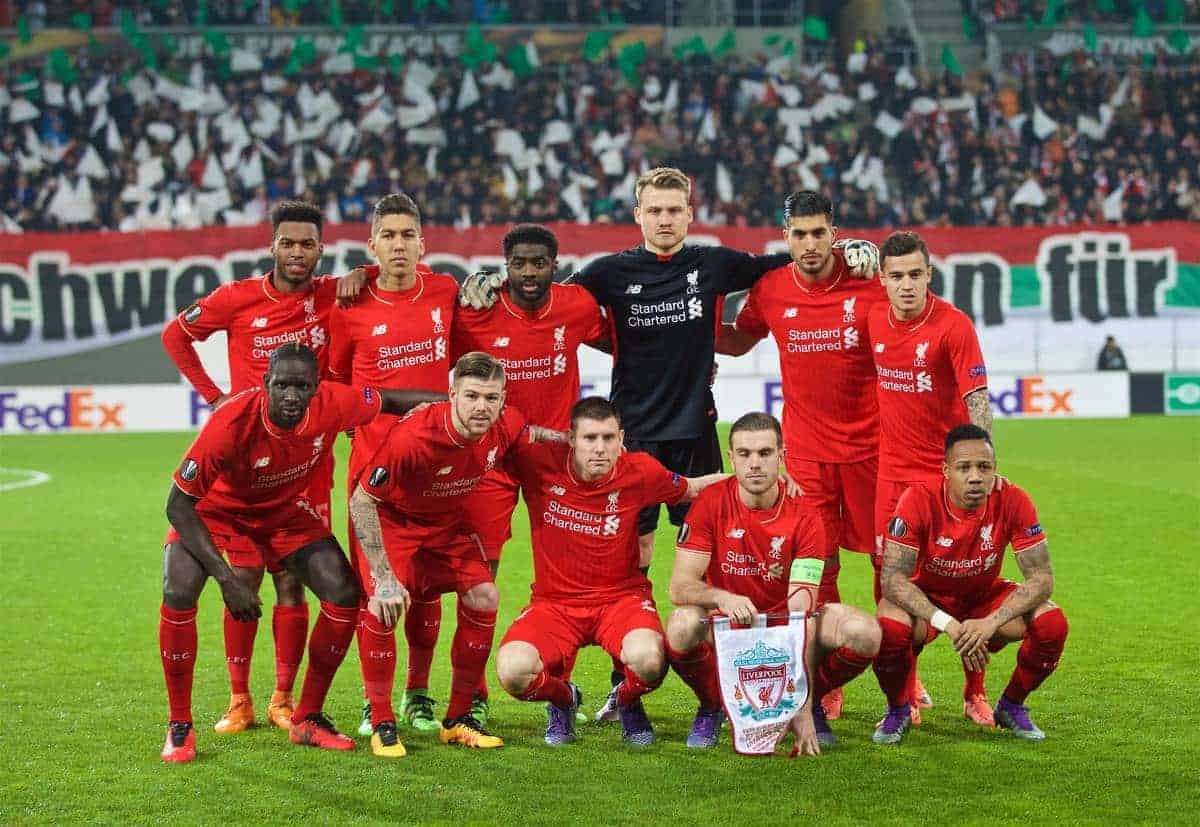 We take a look at how Jurgen Klopp is expected to line up his Liverpool team for the vital Europa League second leg against Augburg at Anfield. Liverpool host Augsburg for the first time on Thursday night as the Reds begin a season-defining double header.

Klopp’s men look to book their place in the Europa League’s last-16 for the first time in five years, three days before heading to Wembley for a shot at securing a record ninth League Cup trophy.

The Reds boss has a tough job balancing his team selection for two games of vital importance in such quick succession.

But after a rare weekend without a game, Klopp is set to go all-out against the German side with a win needed to keep the season and Champions League hopes alive. Klopp is likely to name the same team that started in Germany a week ago, with a strong side needed to ensure the Reds progress to the last-16.

That would allow the same side – who could also start on Sunday at Wembley – another chance to develop partnerships and confidence as a collective, as well as Coutinho and Sturridge to continue finding form and sharpness.

Keeping the same XI for the third game in a row would see Liverpool line up like this at Anfield: Klopp does have room – albeit little – for manoeuvre, and he could make a couple of adjustments with Sunday’s final in mind.

Toure’s legs and importance alongside Sakho could see Caulker deputise for the night next to the Frenchman, while Lucas could also enter to offer defensive security in a three man midfield as the Reds look to attack from the start.

With Coutinho, Firmino and Sturridge given another game together in attack, those changes would see the Liverpool lineup looking like this come 6pm kick off time: The Reds must start a key double-header with a strong performance and result to secure a place in the last-16, in turn, building positivity and confidence ahead of Sunday’s Wembley showdown.