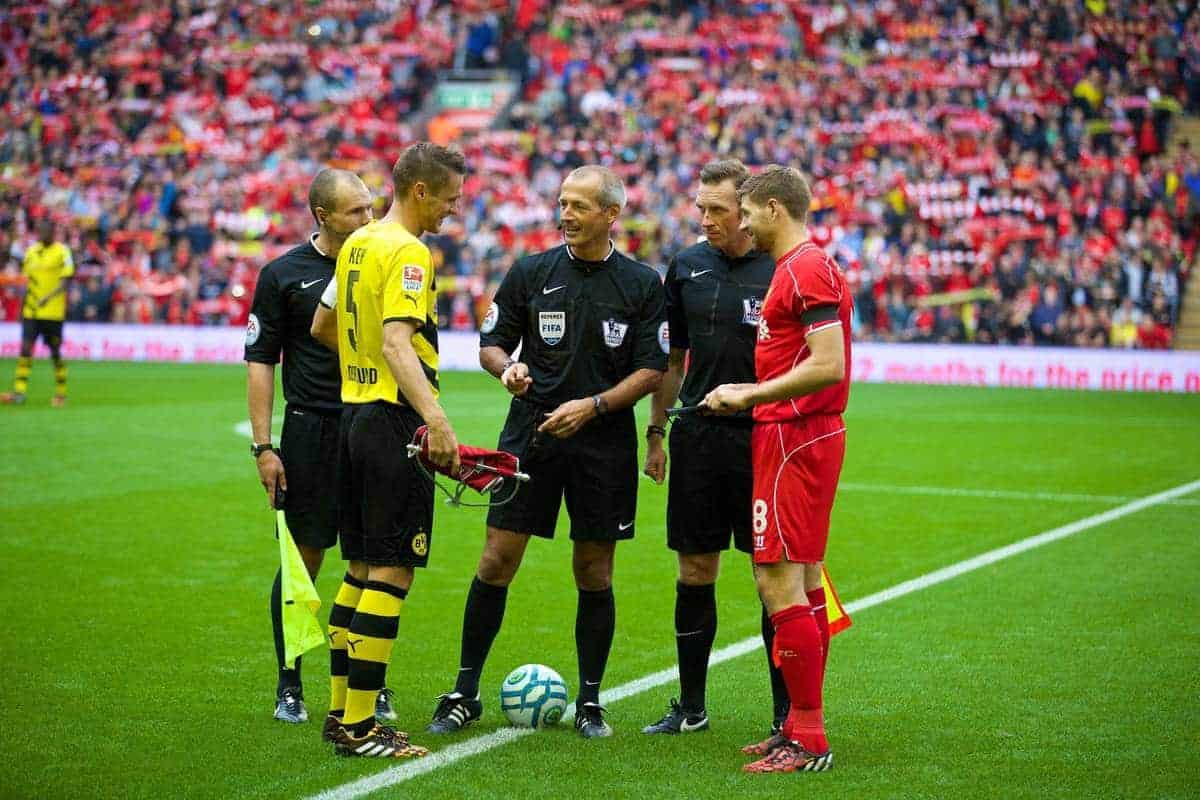 Liverpool have been drawn against Borussia Dortmund in the Europa League quarter finals.

The Reds qualified for the last eight after beating English rivals Man United 3-1 on aggregate in the last-16.

The ties will take place on April 7th and 14th- the first leg being at Westfalenstadion.

It, of course, brings up a sensational reunion against his former side for Liverpool boss Jurgen Klopp.

The two sides have faced each other three times in official competitions – most recently in the Champions League group stages in 2001.

Prior to that, the Reds faced BVB in the 1966 European Cup Winners Cup final.

The most recent friendly between the two sides took place at Anfield in 2014.

Klopp had spoken of the prospect of facing Dortmund after the tie at Old Trafford.

“Dortmund? Of course not. Why should I want the strongest team in the tournament in the next round?” he said.

The issue was again raised at Friday morning’s pre-match press conference ahead of the Barclays Premier League game at Southampton on Sunday.

Klopp reiterated whichever team his men would face in the draw, they should not expect an easy ride.

“When you are in the quarter-final it is possible to get to the final – that’s all,” he said.

“There’s a long way to go. We took all the games very serious, we were very concentrated and did what we had to do.

“If you want to win this competition then you have to beat the best teams, not too important when.”