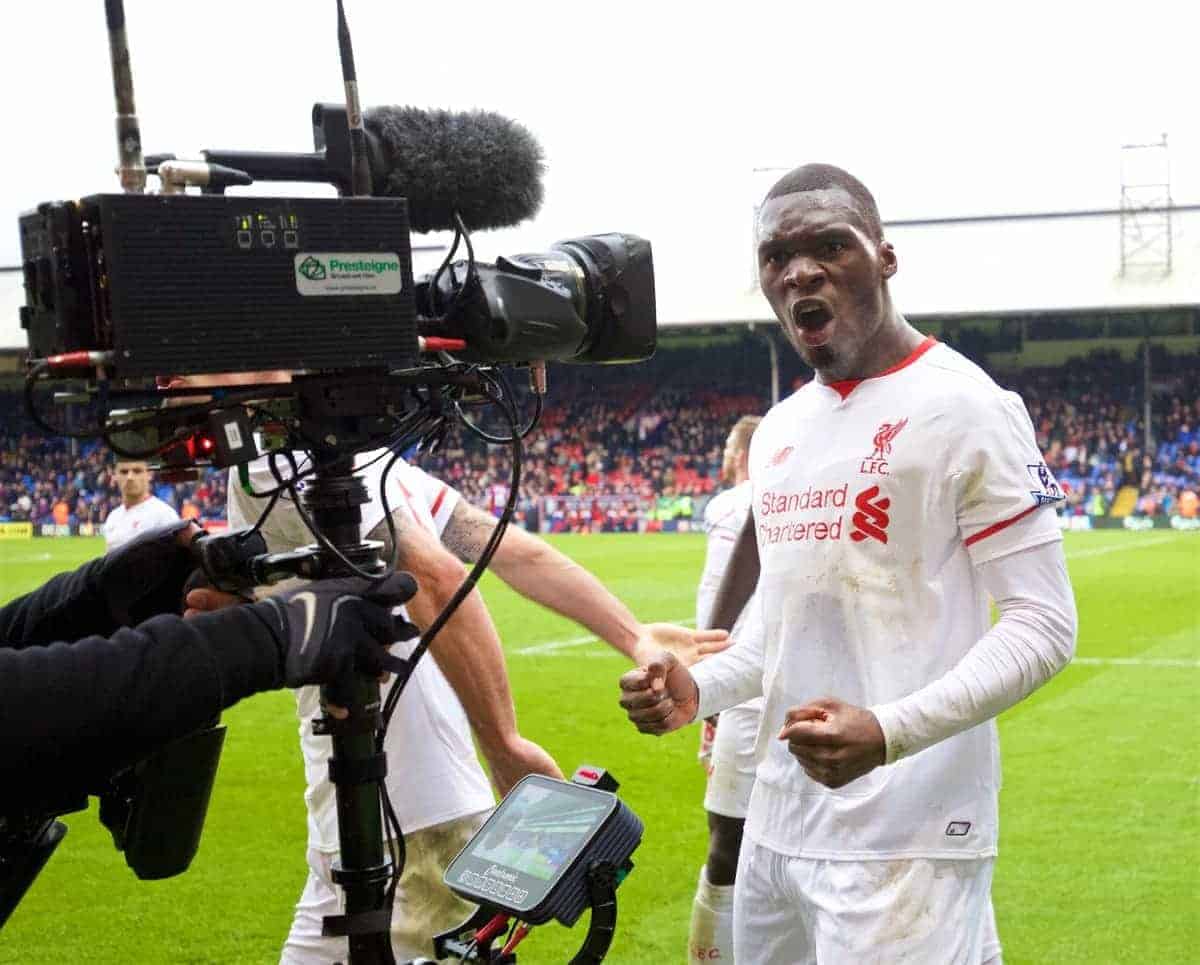 A late penalty from Christian Benteke secured Liverpool an unlikely 2-1 win away to Crystal Palace after going down to 10 men after James Milner‘s dismissal.

Benteke’s controversial last-minute spot-kick gave the Reds their first league win away to Palace since 1997, after a dominant display from a physical Eagles outfit.

Felled in the box by Damien Delaney in the closing stages, Benteke dusted himself off and sent a composed penalty beyond McCarthy to send the travelling Kop into raptures.

Should play palace with 10 men more often!!!!!!brilliant 3 points.Well done all.We were well overdue that one there.

Down to 10-men, 1-0 down. Did extremely well to get anything let alone 3 points from that game.

Absolute scenes! What a reaction to going down to 10 men. Got our just rewards.

There's some belief in this Liverpool team and it's all down to Klopp. He told us all from the off though – doubters into believers

“Performance of champions. If we can take this forward we are going to finish well up the table.”
– theres always tommorrow on the forums.

Not a great performance but a great result! #LFC.

Brilliant effort to come from a goal and a man down to win. Emre Can was phenomenal & incredible composure from Benteke at the death #LFC

“Strange days and even weirder match. Didn’t do anything to earn a win over the course of the match, but played well enough to earn a goal after going down to 10 men. Let’s hope very little of this performance carries into Thursday, aside from the determination to get a winner.”
– Gegen Pretzel on the forums.

That was incredible! In with the Palace fans and I will never know how I didn't go mental went Benteke scored. What a sight the away end was

Have that Pardew!!!! Massive win and we'll done Benteke for having balls to take that pen

“I really hope that Benteke now has the confidence that a striker needs, I think we cannot imagine the load he carries on his shoulders: being that expensive, and not delivering, and getting stick…”
– StanSB on the forums.

Lovren and Can great there today. Big balls on Benteke too. Have some of that Pardew. Not shushing anyone now are ya soft lad?

To come back and win the game after being a goal down with 10 men is all part of the Klopp effect. It's getting better!!!

“Europa qualification is still alive! Come on lads!”
– KraznyIvan on the forums.

Lovren & Sakho were brilliant.
Moreno had Zaha in his pocket.
Emre Can is our best player.
Coutinho changed the game.
Benteke winner.

Emre Can the best player on the pitch….and only Origi younger

1 down,down to ten men,bogey team. I'd call that a great win! #LFC #YNWA

This was probably the most undeserved Liverpool victory in recent years. But who cares.