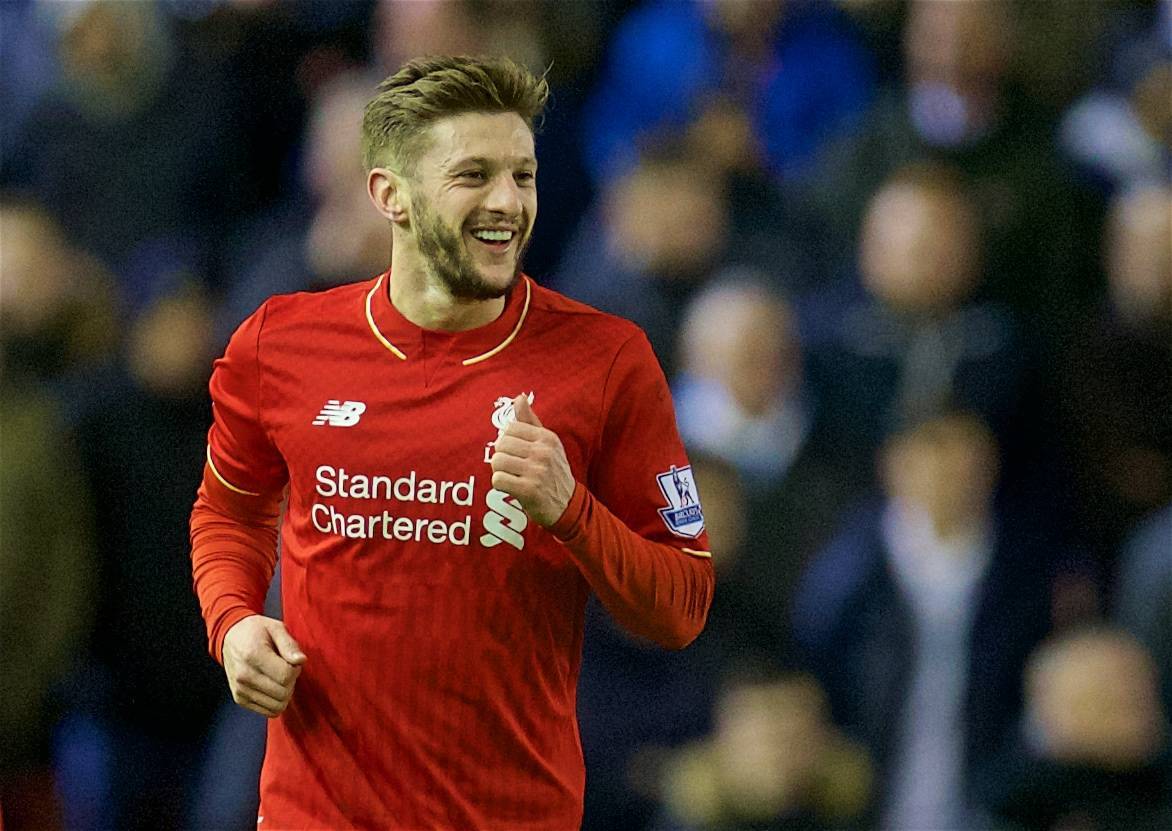 Adam Lallana‘s strong form throughout March was rewarded with the PFA’s Player of the Month award on Friday, prompting praise from Jurgen Klopp.

Lallana made three league appearances in March, scoring one goal and laying on two assists, with one of the season’s highlights coming with a star turn in Liverpool’s 3-0 win at home to Man City at the beginning of the month.

He was also central to the Reds’ Europa League last-16 triumph over Man United, driving Klopp’s side forward with selfless work in pressing off the ball.

This saw the 27-year-old named the PFA’s Player of the Month for March, beating Norwich City’s Timm Klose and Tottenham Hotspur’s Harry Kane with 41.6 percent of the vote.

Speaking to reporters on Friday afternoon, Klopp lauded this as “absolutely deserved,” for a player he had admired from afar from his time at Borussia Dortmund.

“I’ve had a few very, very nice surprises [since arriving at Liverpool],” he said.

“I always knew how strong he was. I knew more about him when he played for Southampton, [he] wrote there a very nice story.

“I’m really happy a few more people recognise what a great player he is.

“Even when I saw the game against Netherlands, he’s really a good player – and a nice guy!

“It’s absolutely deserved. Hopefully he can win again in April – that would be good for us.”

Lallana continued his fine form with a pair of impressive displays against Germany and Holland for England during the international break, and as Klopp attested, he is hoping this can continue in April.

The ex-Southampton man is likely to start in Saturday’s clash with Spurs, and will be tasked with a key role if fellow midfielder Roberto Firmino is deemed unfit to feature.

Firmino has taken the majority of the goalscoring burden in his No. 10 role, but without the Brazilian, Klopp will be hoping Lallana can take the mantle and fire the Reds to glory.