Jurgen Klopp has kept Divock Origi in his attacking line as he pushes for Europa League quarter-final glory over Borussia Dortmund at Anfield.

Origi has returned to Klopp’s starting lineup, after a masterclass away in Dortmund last week, with the Liverpool manager making six changes to the side that won 4-1 at home to Stoke City on Sunday afternoon.

Simon Mignolet keeps his place in goal, while Alberto Moreno and Nathaniel Clyne continue at left- and right-back respectively, but Dejan Lovren and Mamadou Sakho return to take up their roles at the centre of defence.

Emre Can sat out Sunday’s win through suspension, but is cleared to start in Klopp’s two-man midfield, alongside James Milner.

Supporting Origi in attack, Adam Lallana, Roberto Firmino and Philippe Coutinho come into what is likely to be a 4-2-3-1 formation.

With Origi’s goal in last week’s 1-1 draw at the Westfalenstadion handing Liverpool a slim advantage heading into this clash, Klopp will be keen to add another early on as he pushes for the Europa League semi-finals with a triumph over his former club. 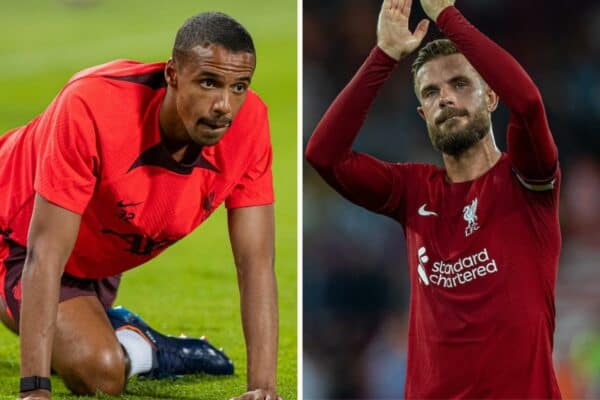