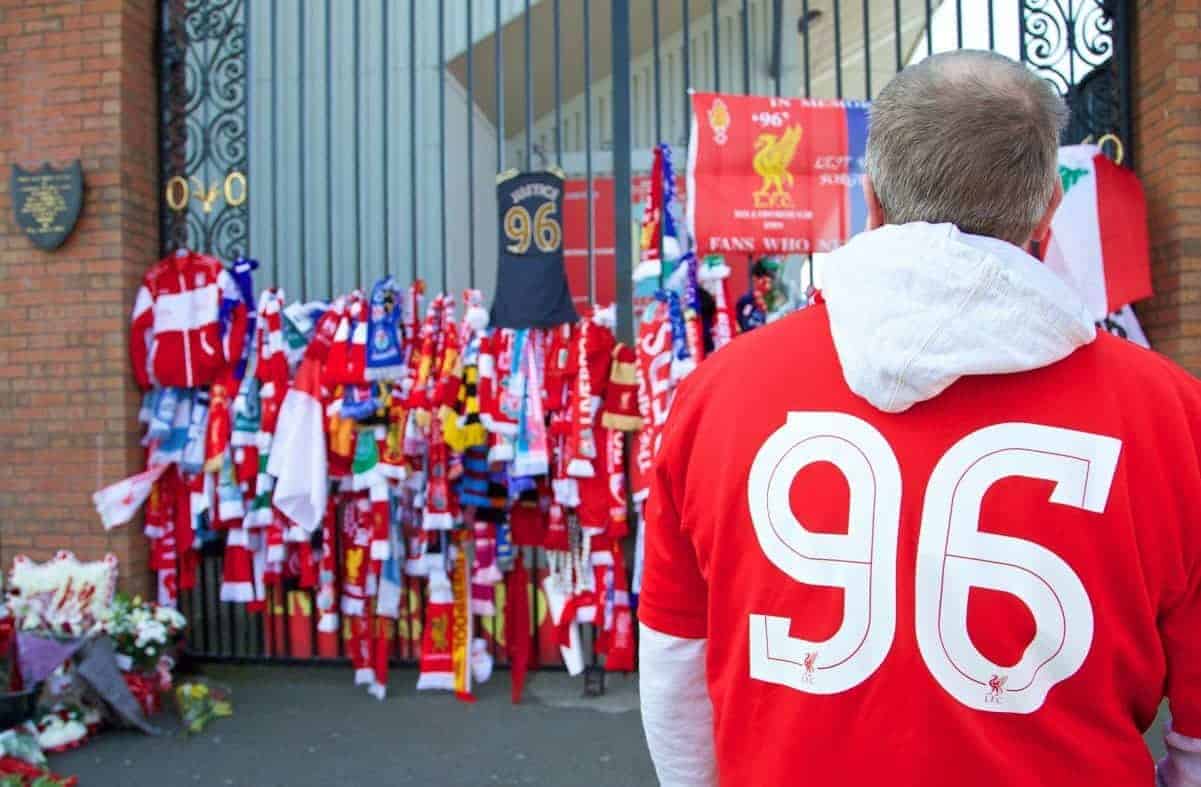 The Hillsborough disaster affected Liverpool as a city, with families fighting for justice for 27 years since.

Fans from the upper tier pull those below them to safety, but with many penned into the stadium, 96 fatalities are caused.

Chief Superintendent David Duckenfield tells FA chief executive Graham Kelly that a gate had been ‘forced open,’ causing the crush—this was later reported to be untrue, with surveillance footage disappearing soon after the incident.

Fans from all stands stream onto the pitch to aid medical staff, tearing down advertising hoarding to use as makeshift stretchers.

Due to the volume of people heading to Anfield after the disaster, club secretary Peter Robinson calls for supporters to be given access to the stadium, the terraces are littered with devastated well-wishers, who later take to Liverpool’s Roman Catholic cathedral for a memorial service.

A mile of scarves link Anfield and Everton’s Goodison Park on 22 April, with the city joining to pay their respects. Everton hold a minute’s silence during their next outing, while Liverpool take on Celtic in Glasgow on 30 April, 1989.

A goal from John Aldridge and two from Ian Rush secure the victory for Kenny Dalglish’s Reds, but the clash is remembered for its tributes to the 96, with Gerry & the Pacemakers leading a rendition of ‘You’ll Never Walk Alone’ before kickoff.

This leads to the the demolition of Anfield’s Spion Kop stand, with all-seating accommodation taking its place. With Burnham delivering an impassioned speech at Anfield as part of the 20th anniversary service, references to the 96 were followed by calls from the stands for justice.

“It spoke to the country, and the world, of something precious,” Burnham said of Merseyside’s response to the tragedy. “A sense of community, and a spirit of solidarity that could never be broken—no matter how great the adversity.”

Masses of supporters St George’s Hall that evening to hold a vigil to commemorate a truly significant day in the history of Merseyside. “Thankyou Anne, you’ll never walk alone,” read one of the banners in the Kop. Williams had died eight days earlier, after a battle with cancer. Anfield holds the 25th anniversary Hillsborough memorial, with Everton manager Roberto Martinez delivering a passionate speech, asking “How can anyone die watching the game you love? That isn’t right, that isn’t fair. For 25 years you have gained the respect of those within and beyond football and the city.”