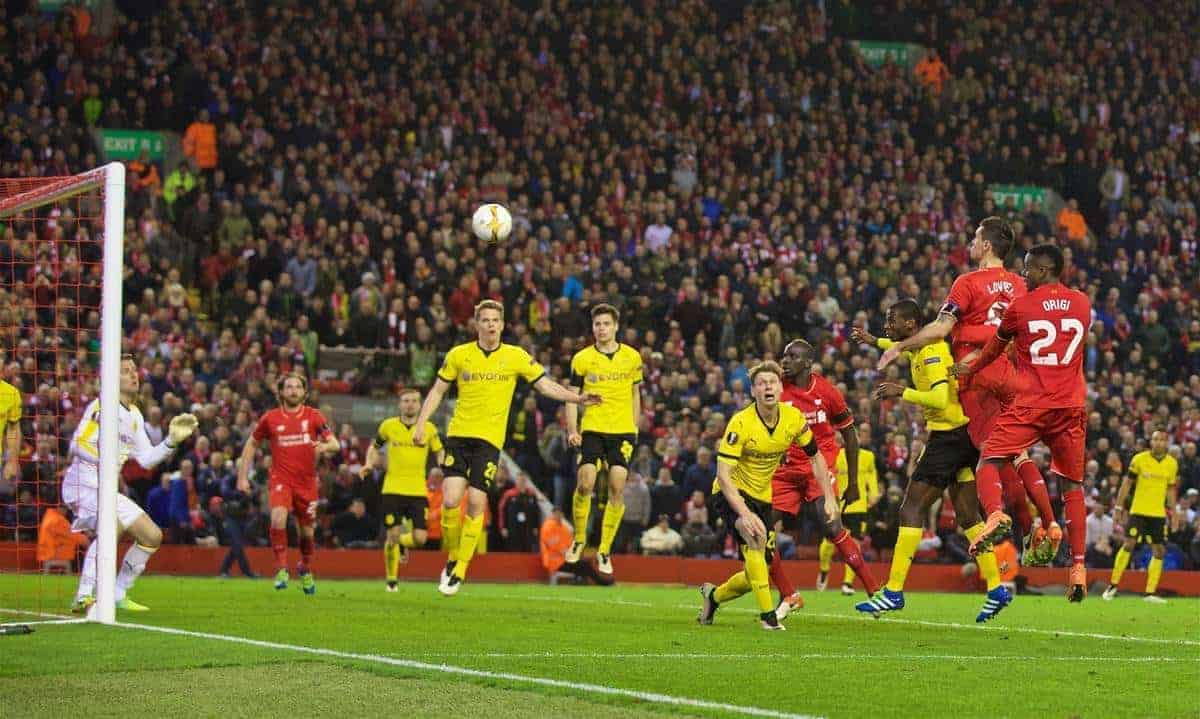 The winner in Liverpool’s 4-3 triumph over Borussia Dortmund came from an unlikely source, with Dejan Lovren heading the Reds to the Europa Leaugue semi-finals.

Unbelievable! What a finish to this game. Lovren's header seals a remarkable comeback for @LFC. ? #LFCBVB #UEL https://t.co/M9Hd0QuUsz

Playing a neat reverse ball to the overlapping James Milner, Sturridge crafted an opening for the Reds’ stand-in captain to send an inch-perfect cross to the back post.

Rising highest above a sea of bodies, Lovren powered a header beyond the sprawling Roman Weidenfeller to give Liverpool a 4-3 lead—and a 5-4 win on aggregate.

Charging over to the supporters as the ball rippled the back of the net, and emphatic Lovren captured the mood of the night.

Speaking to BT Sport after the game, the 26-year-old explained how Liverpool had “deserved to win.”

“[It was] one of the best games of the last two or three years,” he said.

“We said at half-time [when we were 2-0 down] we have nothing to lose—we deserved to win.

“It was a sh*t start, but we showed our character, our skills and never stopped believing! Nothing is over, eh?”

Lovren and Sakho overcame a poor start to the evening in defence to make a vital intervention at the other end of the field, and the Frenchman said it was “important to win for the Liverpool country.”

The Reds will now take on one of Shakhtar Donetsk, Villarreal or Sevilla in the semi-finals, set to take place over two legs on 28 April and 5 May.