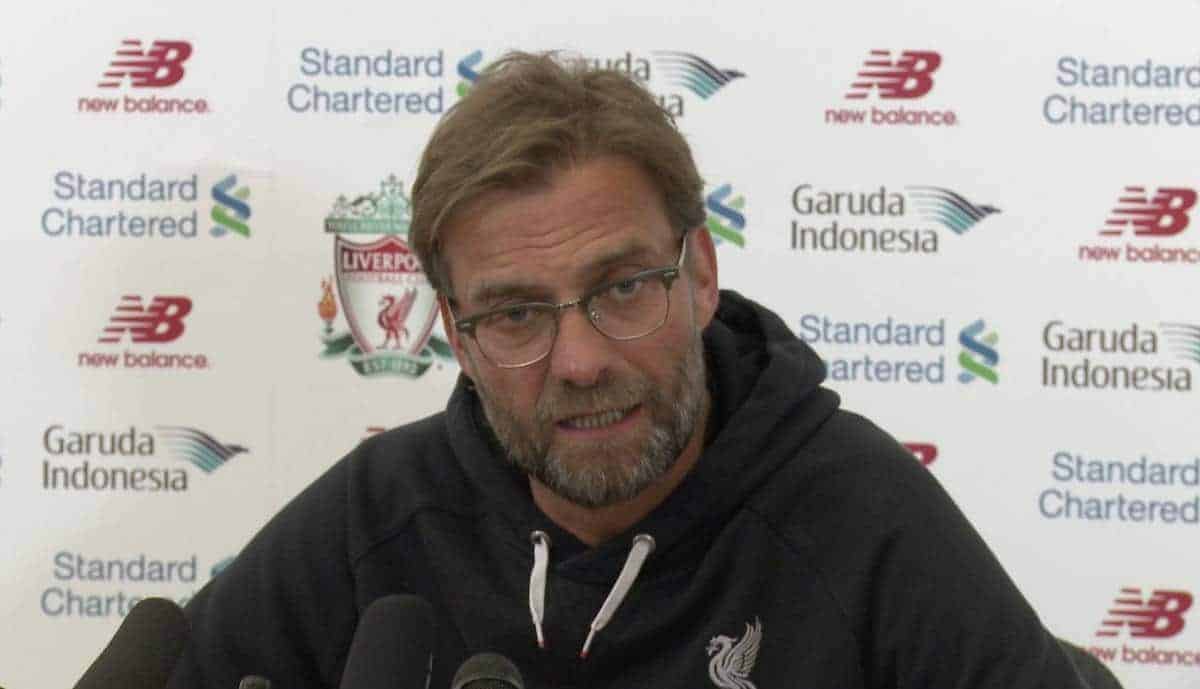 The match between the Reds and Spurs arrives almost exactly six months after Klopp’s opening game as Liverpool manager at White Hart Lane in October.

The Reds boss discussed a number of topics, commenting that “We are in a good way. We are really optimistic about our future, and our present.”

Spurs enter the game needing a win to keep their title hopes on course, Klopp was asked about the title race between Leicester, Spurs and Arsenal, saying that he did not care too much as Liverpool aren’t involved.

“Hopefully in the future we can be more a part of it than at the moment.”

On injuries, Klopp confirmed that Divock Origi has returned to full training and is available for the match, but compatriot Christian Benteke is ruled out.

On Roebrto Firmino, Klopp said: “It will be close, we will have to make a decision tomorrow.”

It’s been a month since Liverpool’s last league game at Anfield, and some of the squad went on a mini-training camp to Tenerife during the international break.

“A lot of young players showed (me) their qualities for the future,” said Klopp.