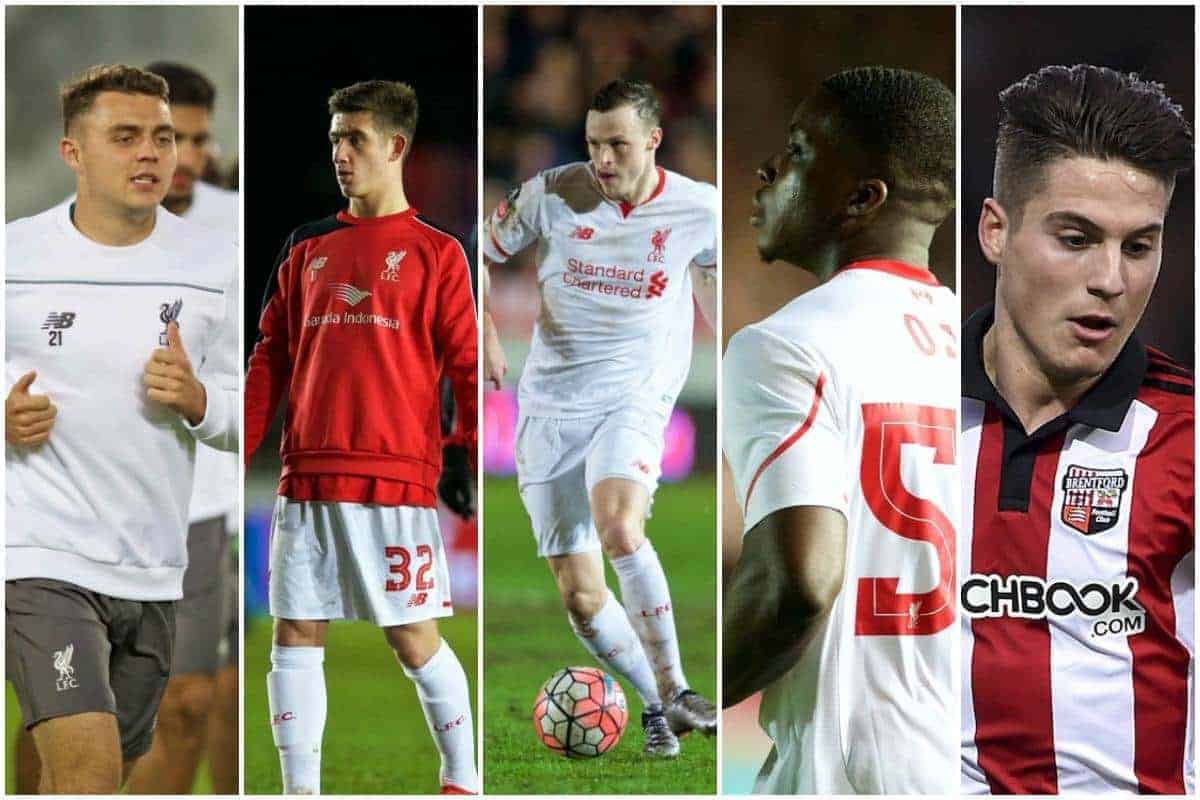 Liverpool take on West Brom in an end-of-season dead rubber on Sunday, allowing Jurgen Klopp to field some of his young stars.

With next week’s Europa League final against Sevilla looming, Klopp is expected to name a much-changed side for the Reds’ last clash of the Premier League season.

After fielding many of his key names for Wednesday night’s 1-1 draw with Chelsea, youth and fresh legs will be key features of his side for the trip to the Hawthorns.

With little to play for in terms of league position, with hopes of a fifth-placed finish quashed as the Blues sealed a draw at Anfield, this outing provides Klopp with another chance to oversee the development of his young players ahead of 2016/17.

So which youngsters should Klopp be looking to field against Tony Pulis’ Baggies?

Here are five who deserve to start, including a returning loanee in Spanish winger Sergi Canos.

After a surprise call-up into Klopp’s first-team squad shortly after the German’s arrival in October, 20-year-old right-back Randall has continued to play a bit-part role.

Randall’s prospects have dwindled following the return of Jon Flanagan, and he has featured in just three league games for the Reds, spanning 163 minutes and including two wildly contrasting starting performances.

In Liverpool’s 2-1 win away to Bournemouth, Randall successfully shackled a dangerous winger in Max Gradel, but in the 2-2 draw at home to Newcastle, the local lad showcased his flaws as the Magpies battled back, exploiting the flanks.

Likely vying with Flanagan for a starting role against West Brom, Randall deserves an opportunity to prove his worth in what would be his third league start of the season.

Smith was named Liverpool’s Academy Players’ Player of the Year on Thursday night, with the Australian left-back recognised for his achievements in 2015/16.

Battling back from contract limbo to earn a regular role in Klopp’s first-team squad is an admirable feat, though a red card in the 3-1 defeat away to Swansea at the beginning of May cast a shadow over his future.

Klopp has been heavily linked with a move for Leicester left-back Ben Chilwell this season, and the 19-year-old could come in as direct competition for Smith as backup to Alberto Moreno.

Sunday would give Smith the perfect opportunity to remind Klopp of his abilities, and make one final push for a long-term role at Liverpool.

Klopp has handed U21s captain Brannagan substitute appearances in two of Liverpool’s last three outings, with the 20-year-old’s confident cameo in the 2-0 win at home to Watford taking his manager by surprise.

“I told him when he came on ‘It’s not your position, sorry’,” he said, after fielding him on the right-hand side of his attacking line.

“But after the game I had to say ‘okay, forget it, you can play this position too’. He was really good.”

Brannagan has the technique, athleticism and close control to operate in an advanced role, and could come into contention on the right flank once again if Klopp opts for a 4-2-3-1 against West Brom.

But if he does make his first league start on Sunday, he would provide the best showcase of his talents in midfield in a 4-3-3, underlining his bright future under Klopp at Liverpool.

A revelation during Klopp’s period of heavy rotation, Ojo has shone since his return from Wolves at the beginning of the year.

Afforded increasing game time as he continues his prove his quality and potential in a wide role in Klopp’s attacking line, Ojo has established himself as Liverpool’s most promising young talent.

With one goal and four assists in 10 appearances for the Reds so far this season, Ojo has averaged a goal contribution every 73.8 minutes, compared to 103.1 minutes when at Wolves.

Whenever the 18-year-old gets on the ball, he looks likely to make things happen, and Ojo could provide Klopp with a solution as he seeks options in wide areas for 2016/17.

Ojo should make his fifth league start for Liverpool on Sunday at The Hawthorns, and is likely to add to his tally of assists if he does.

Canos returned from a successful loan spell with Brentford this week, and is poised to make an immediate foray into Klopp’s first team, with West Brom providing the perfect opportunity.

The 19-year-old progressed into a key role throughout his season with the Bees, making the right wing his own, and was honoured with Brentford‘s Community Player of the Year and Goal of the Year awards.

His landmark strike came in November’s 2-1 win away to Reading, latching onto a long pass before lifting the ball over a defender and rifling a powerful effort into the bottom corner.

This provided a snapshot of the youngster’s quality, and this attacking flair has been paired with a bullish physicality and strong work ethic that should prime him for success under Klopp at Liverpool.

Make an immediate impact against West Brom on Sunday, and Canos could take another step towards earning a long-term role in the German’s squad, joining Ojo for a big 2016/17.