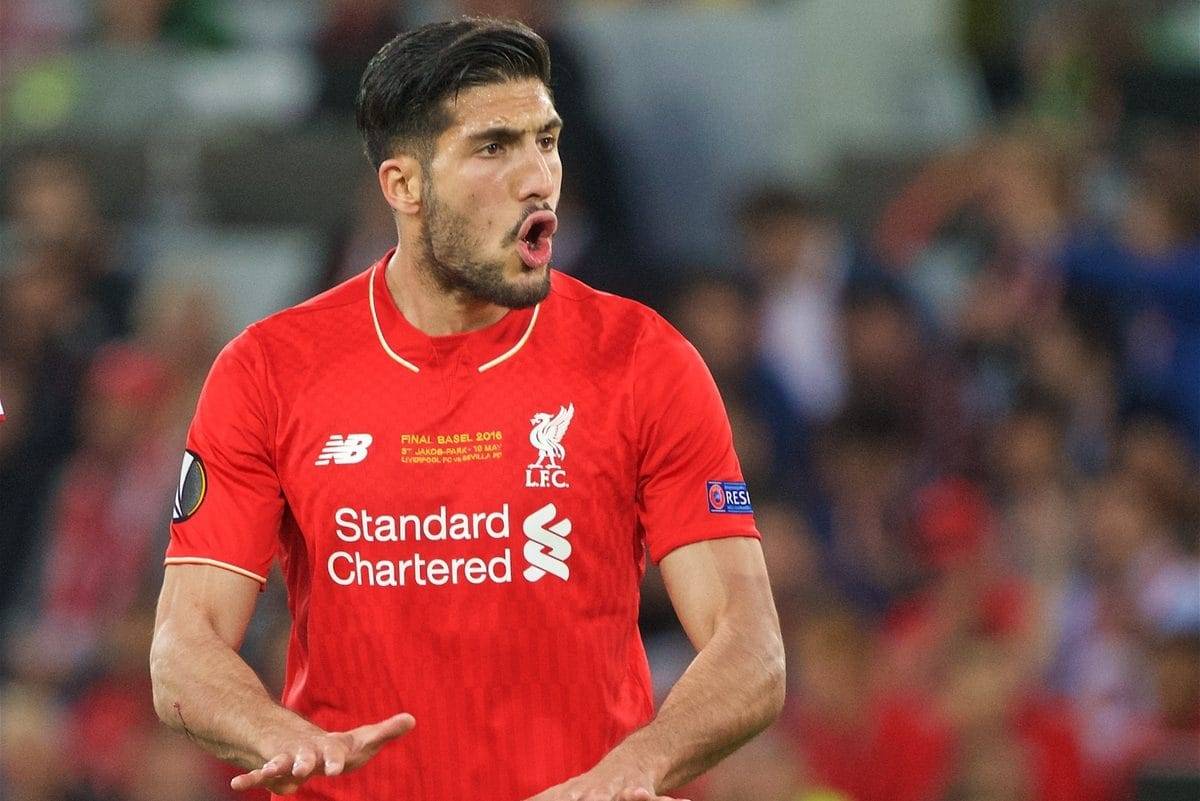 As we continue our series of season reviews for some of Liverpool’s key names, Emre Can stands out as a star of 2015/16.

After a strong maiden campaign on Merseyside in 2014/15, Can was poised to continue his progress in an increasingly prominent role in 2015/16, and the Germany international delivered emphatically.

In a season of few constants, Can’s dominance in midfield can be argued as one of them, with the 22-year-old underlining his position as a key player at Anfield.

Most notably, this came following the arrival of Jurgen Klopp, whose appointment as Reds manager in October reinforced Can’s position as one of Liverpool’s most important talents. After spending much of his first season with Liverpool operating in a defensive role, stationed on the right-hand side of a back three alongside Martin Skrtel and Mamadou Sakho, Can set his sights on a return to his preferred position 2015/16:

“The most important thing is I feature in the games for Liverpool – that’s my number one intention.

“A midfield role is preferable; of course it is the manager who decides who plays where.

“We’ll see where he choses to play me this season. It is up to the manager but my preference is midfield.”

This seemed to echo Rodgers’ sentiment, with the former Reds manager claiming in August that Can’s favoured “controlling role” was “where I’ve always felt he’ll be an outstanding talent for us.”

But despite his first five league appearances of the season coming in the midfield, as the pressure increased on Rodgers the Ulsterman resorted to his tried-and-tested three-man defence.

This saw Can moved back into his role at centre-back, rejoining Skrtel and Sakho against Norwich City, Aston Villa and Everton, as well as partnering Dejan Lovren in the League Cup against Carlisle United and Kolo Toure in the Europa League against FC Sion.

To his credit, Can performed reasonably given the circumstances, but a glaring error against the Toffees in Rodgers’ last game in charge compounded his limitations.

Facing a routine clearance, Can sliced the ball into the path of Romelu Lukaku, allowing the Belgian to score the equaliser in a 1-1 draw, with Rodgers dismissed hours later.

Can was willing to perform anywhere Rodgers asked him to, but this came to his detriment, as previously seen when deployed at right-back in 2014/15. Klopp came in ahead of the October international break, with Can unhelpfully spending the period warming the bench for Joachim Low’s Germany side, but as the domestic campaign reconvened, the youngster was thrown into a prominent role.

“I’ve known him for some years and I know he is usually a midfield player but he can play any role,” Klopp said after Can shone in midfield in Liverpool’s 1-1 draw with Rubin Kazan in the Europa League.

“With the German national team he played full-back, and if we give him more time he can play there, but most of the time, in his youth, he has played in midfield.”

While Klopp, like Rodgers, acknowledged Can’s versatility, it was clear that he saw him in a regular midfield role, and this was put into practice throughout his first season in charge.

This saw Klopp harness Can’s power, physicality and energy, typically relying on his compatriot to break up play alongside a more creative midfield partner in either Jordan Henderson or James Milner, but also allowing him to flex his attacking muscles with driving runs forward.

This was perhaps best seen in November’s 4-1 win away to Man City, February’s 6-0 victory at Aston Villa and March’s 1-1 draw with Man United in the Europa League‘s last 16, with This is Anfield’s Henry Jackson concluding that he “completely bossed the United midfield with a great mix of pace, power and creativity.”

Most impressive, however, was Can’s response to an ankle injury suffered in April’s 4-3 win at home to Borussia Dortmund in the Europa League quarter-finals.

Leaving Anfield in crutches after his eight-out-of-10 performance against Klopp’s former side, Can was initially feared to be in line to miss to rest of the season, but made a remarkable recovery, coming back into contention after just under three weeks out.

Can produced a man-of-the-match display against Villarreal in the semi-finals, spurring the Reds’ push for the Europa League final.

While Klopp’s side ultimately fell to defeat against Sevilla at St. Jakob-Park, Can had underlined his credentials as a future captain on Merseyside.

This is a marker of Can’s progress, and also a reminder of his youth, with the German only turning 22 in January.

Having already progressed significantly on the field, however, Can stressed in April that he wanted to “become a world-class, mature player,” which he agreed “still needs some work.”

There is no doubting that Can has world-class potential, but at stages in 2015/16 he lacked the tactical foresight or impetus to impose himself, particularly in the Reds’ defeat to Sevilla.

After excelling in the first half in Basel, Can faded after the interval, allowing the occasion to get the better of him, much like his team-mates.

Can proved in 2015/16 that he can be Liverpool’s midfield general, and Klopp showed that he sees him in this role, but for the former Bayer Leverkusen man to reach a world-class level, this must be paired with consistency.

But building on a strong 2014/15 and improving on his off-ball work, his stamina and his contribution in the final third, scoring twice and laying on three assists, Can made another big step towards stardom.