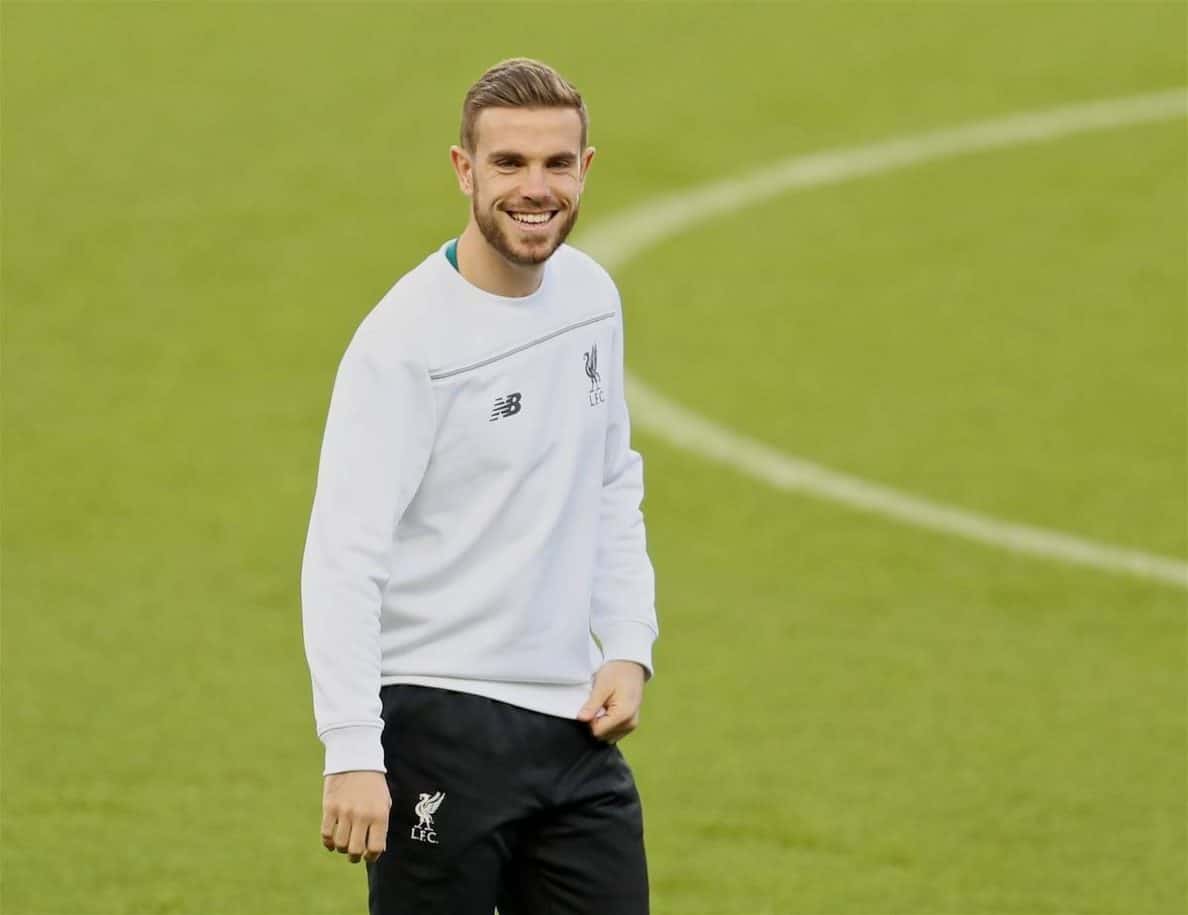 Liverpool captain Jordan Henderson‘s season may not be over, with the midfielder increasing his workload in training following a knee injury.

Henderson suffered the injury during the Reds’ 1-1 draw away to Borussia Dortmund in the Europa League quarter-finals, and was initially feared to be out for the rest of the season.

But following Emre Can‘s shock return from a similar issue, Henderson could make himself available in time for the Europa League final next Wednesday.

The 25-year-old is said to have stepped up his training on Monday afternoon, as he looks to finish the season in style.

This could see Henderson, Can and Danny Ings all return to the first-team fold despite being diagnosed with season-ending injuries.

For manager Jurgen Klopp, this would be a major boost, with Henderson a key player within his midfield setup.

Klopp has utilised the likes of James Milner, Joe Allen and Kevin Stewart along with Can in recent weeks, but Henderson would likely slot back into his starting lineup if fully fit. That remains a crucial caveat, however, with Klopp insisting on Friday morning that he and striker Divock Origi would need to be available for Sunday’s final Premier League clash away to West Bromwich Albion if they are to be in contention for the Europa League showpiece.

“I saw in his eyes he thinks he has a chance. The same with Divock Origi,” he told reporters.

“If they are available for the Sunday before then there’s a chance.

“If not hopefully [there is] no situation for taking a risk.

“Hendo’s in a really good way, so it’s good for England. There’s no doubt in this moment for being fit for the Euros.”

It is likely, however, that Klopp will give his captain every chance to prove his fitness, as he looks to seal silverware in his first season on Merseyside.