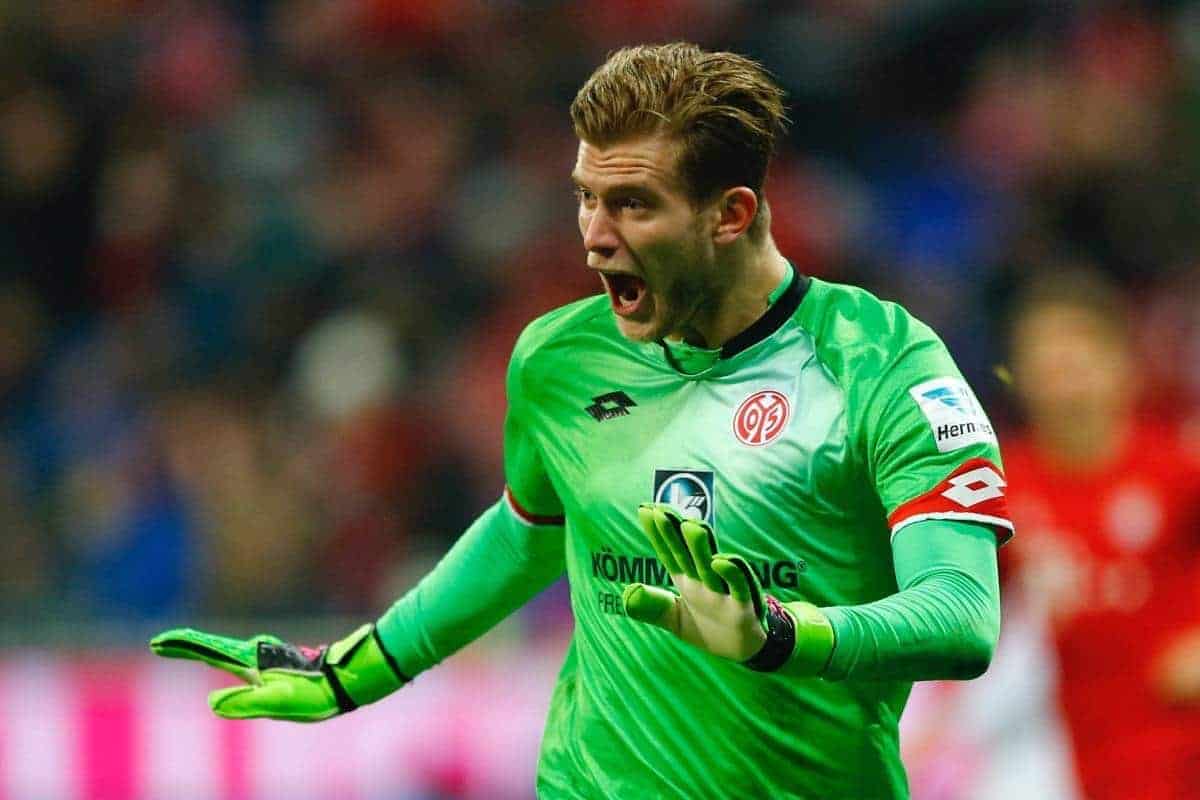 Liverpool are edging closer towards completing the signing of highly-rated Mainz goalkeeper Loris Karius, according to reports today.

The Guardian‘s Andy Hunter claims a deal for the young German is almost done, in a move worth approximately £4.7 million.

Karius has been tipped to join Liverpool in recent weeks, emerging as the main goalkeeping target over Cologne’s Timo Horn.

It’s thought that the move could be completed as early as next week, with the Reds’ manager keen to get his summer transfer business done in time for pre-season in July. The suggestions are that most deals are already in place at Anfield.

Karius is regarded as one of the Bundesliga’s standout goalkeepers and aged just 22, his best years are also ahead of him. Simon Mignolet‘s patchy form this season has seen many calling for the Belgian to be ousted, and the signing of Karius would certainly put pressure on his status as Liverpool’s first-choice ‘keeper.

Adam Bogdan has not been a success since joining from Bolton Wanderers last summer, while Danny Ward remains hugely inexperienced at the top level and is expected to be loaned out to Huddersfield Town next season.

Karius, a former Man City youth team player, was an ever-present for Mainz in 2015/16, enjoying a very consistent season.

He has 91 Bundesliga appearances to his name, despite his tender years, and the aforementioned £4.7 million fee would represent a very fine piece of business by Liverpool.

Scouts have watched him on numerous occasions throughout the campaign, and it appears Klopp has decided he is the man to strengthen an area of the pitch where his side are weak.

The Express‘ Paul Joyce writes that Karius will arrive next week.