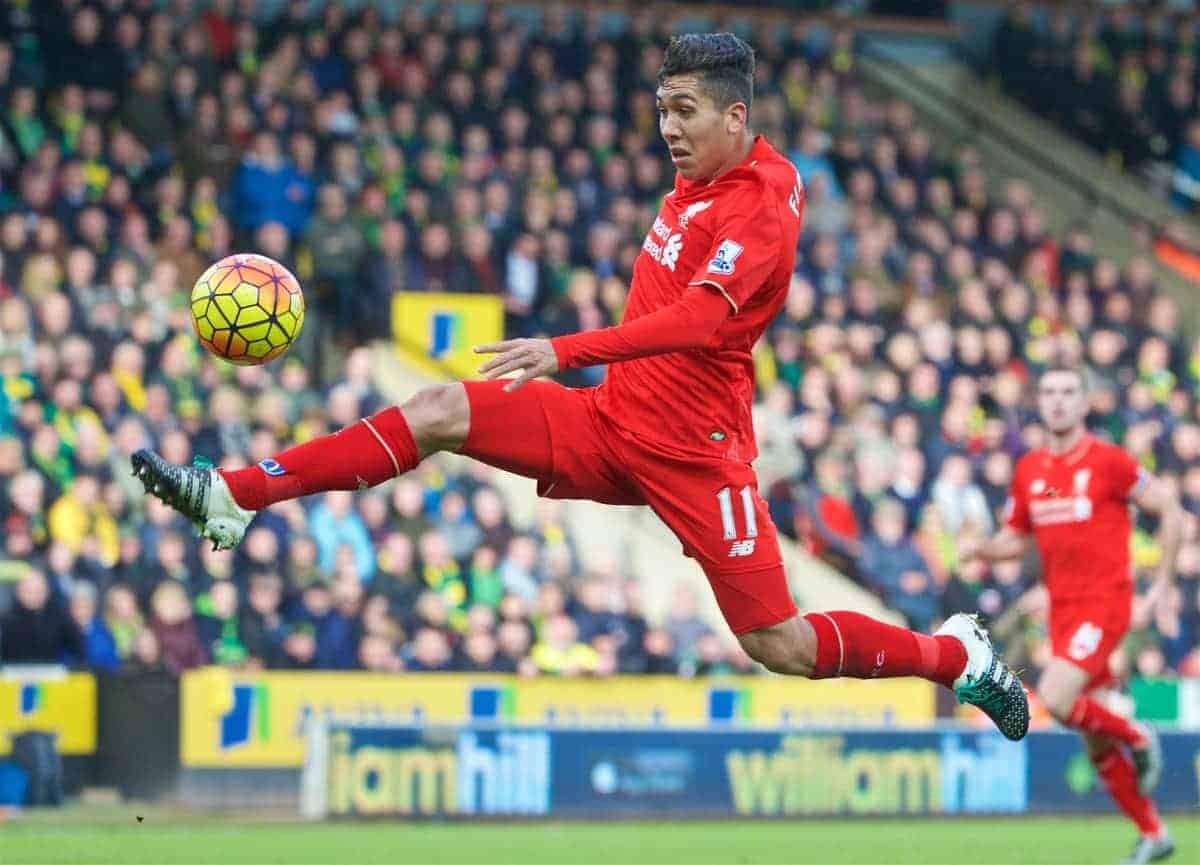 Roberto Firmino is statistically Liverpool’s player of the year on his debut season in England.

The Brazilian attacker, who arrived from Hoffenheim for a reported fee of £29 million last summer, had a slow start to his career on Merseyside but picked up form around the turn of the year.

Two goals against Arsenal at Anfield in January were soon followed by another double at Norwich, enjoying his role as the Reds’ focal point up front.

Having been played out of position by former manager Brendan Rodgers at the start of the season, the 24-year-old has looked far more at home under Jurgen Klopp – used in his preferred central role.

The Opta-powered fantasy football website, Oulala, have crunched the stats calculated from 70 different criteria and found Firmino to be statistically the Reds’ best player in 2015/16.

The findings are based only on league appearances, where Firmino has nine goals and seven assists to his name.

Firmino’s nine league goals is one more than Philippe Coutinho and Daniel Sturridge, who are both on eight for the season.

With league games against Watford, Chelsea and West Brom remaining, Firmino will be hoping to hit double figures on his debut campaign in the Premier League.

According to the stats, Philippe Coutinho is the Reds’ second best player of 2015/16, with Emre Can third.