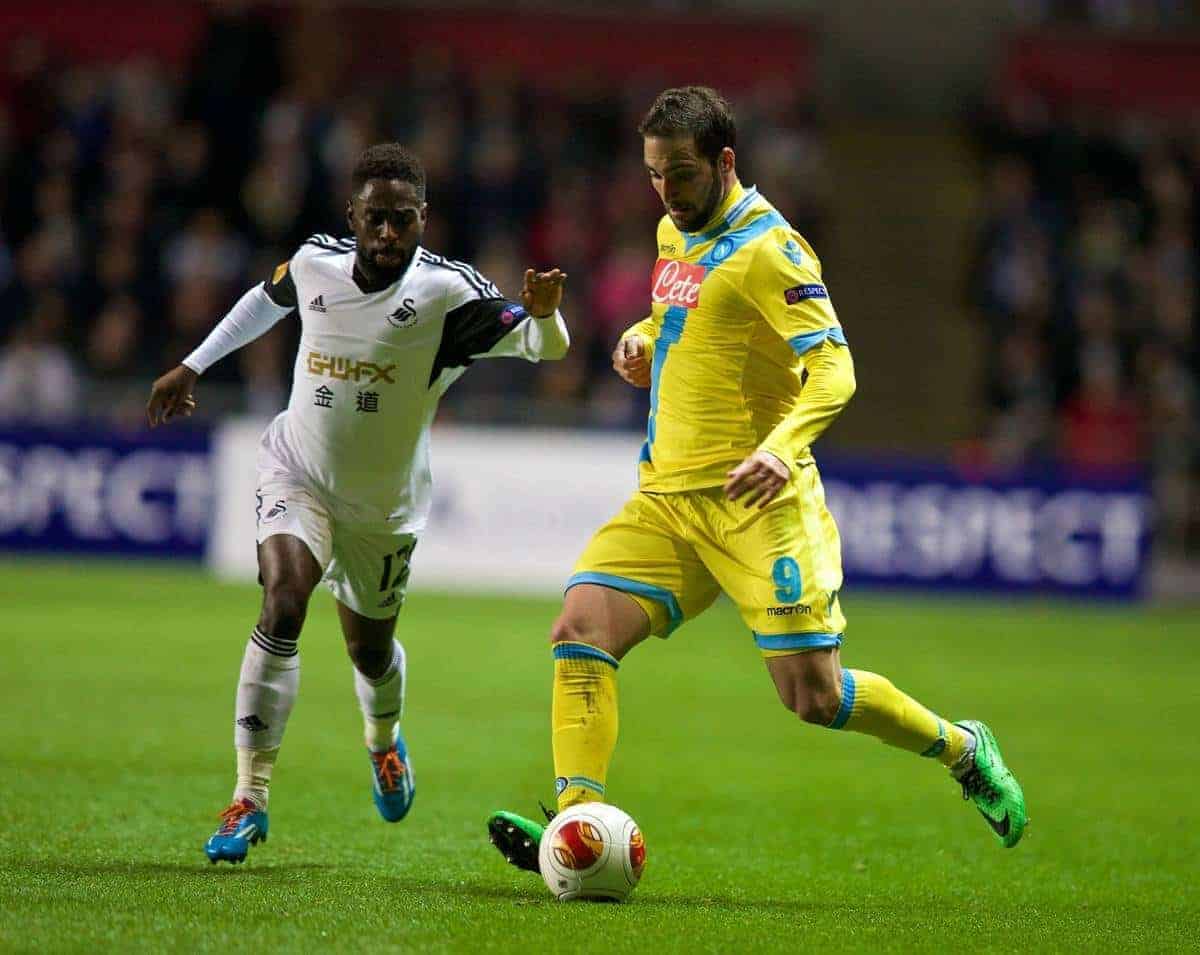 Napoli superstar Gonzalo Higuain is keen on a summer move to Liverpool this summer, according to reports on Sunday evening.

David Anderson of the Mirror claims the 28-year-old is looking for a move away from Napoli, and likes the idea of working under Jurgen Klopp.

It doesn’t seem the most likely of moves, given the Argentina international’s vast wages, and the fact he turns 29 later this year.

Klopp has always been an advocate of youth, and he is not known to to pay huge sums on world-renowned names.

Bringing Higuain to Anfield would certainly be a huge signal of intent by the club, however, with the South American rated as one of the world’s finest strikers.

He broke Serie A’s all-time goalscoring record for a single season in 2015/16, finding the net 36 times in 35 appearances, and he has scored 26 goals in 57 games for Argentina since his debut in 2009.

Higuain has also been linked with moves to Man United, Chelsea and Arsenal in recent times, and it appears a high-profile move from Napoli will materialise this summer.

It is believed that Liverpool are yet to express any interest in signing the former Real Madrid man, which again indicates that a move is unlikely.

Klopp is expected to make changes to his attack ahead of next season, with Christian Benteke set to be sold after a disappointing first season with the Reds.

Slight doubts still remain about Daniel Sturridge‘s long-term future on Merseyside as well, with his injury record a concern.

While Higuain may not tick all the boxes, in terms of age and long-term potential, he would be a stellar signing if the move ever came to fruition.

This feels like a very tenuous report, though, and a rumour that may well fizzle out in the coming weeks.