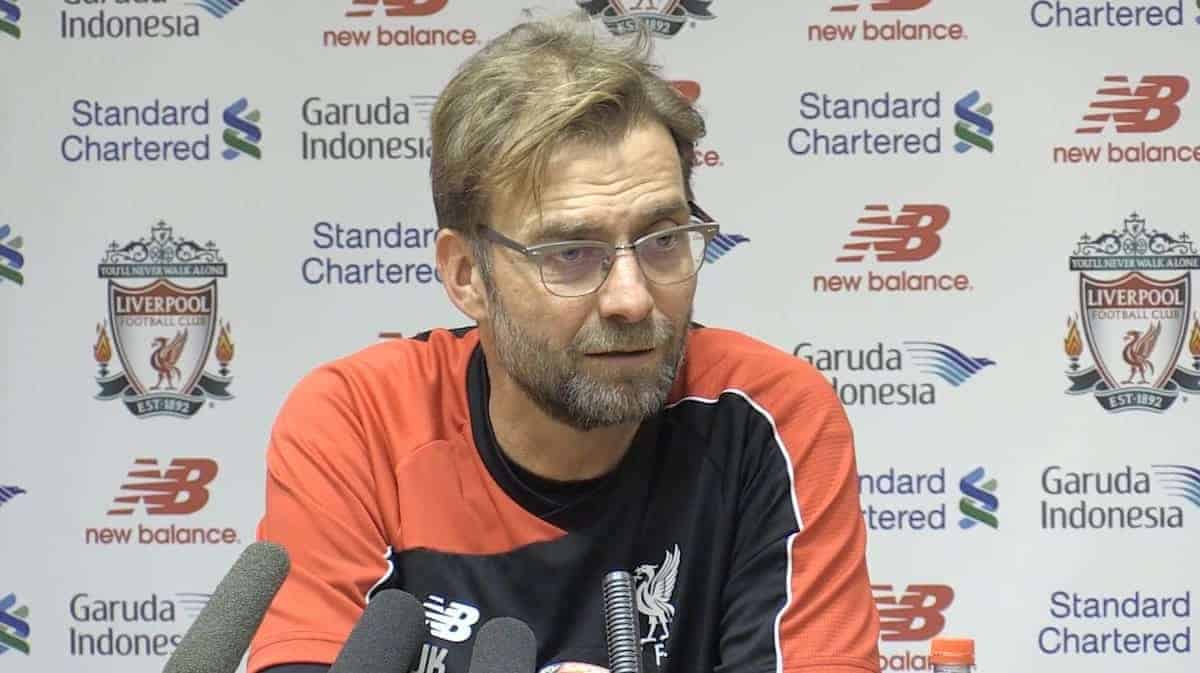 After watching his side fall to a 3-1 defeat away to Swansea City on Sunday afternoon, Jurgen Klopp addressed reporters at the Liberty Stadium.

At his post-match press conference in south Wales, Klopp remained pragmatic, recognising that this was a poor performance, but also that many of his players were inexperienced.

Eighteen-year-old midfielder Pedro Chirivella was the subject of individual focus, with the Spaniard struggling on his Premier League debut.

“He’s a wonderful player, a passing player, a big, big talent, but today he forgot to orientate himself,” Klopp said, after withdrawing Chirivella at half-time.

Klopp was also asked about Daniel Sturridge‘s performance, and why the striker headed straight down the tunnel at full-time, but the manager was quick to defend his player.

“Sorry if you thought we ignored the fans, but I went too,” he continued, referencing the downbeat result.

“If somebody forgot to say sorry to the fans, then that’s my fault.”

Klopp now turns his attention to Thursday night and Anfield, with a win over Villarreal—and progress to the Europa League final—required to salvage the Reds’ season.