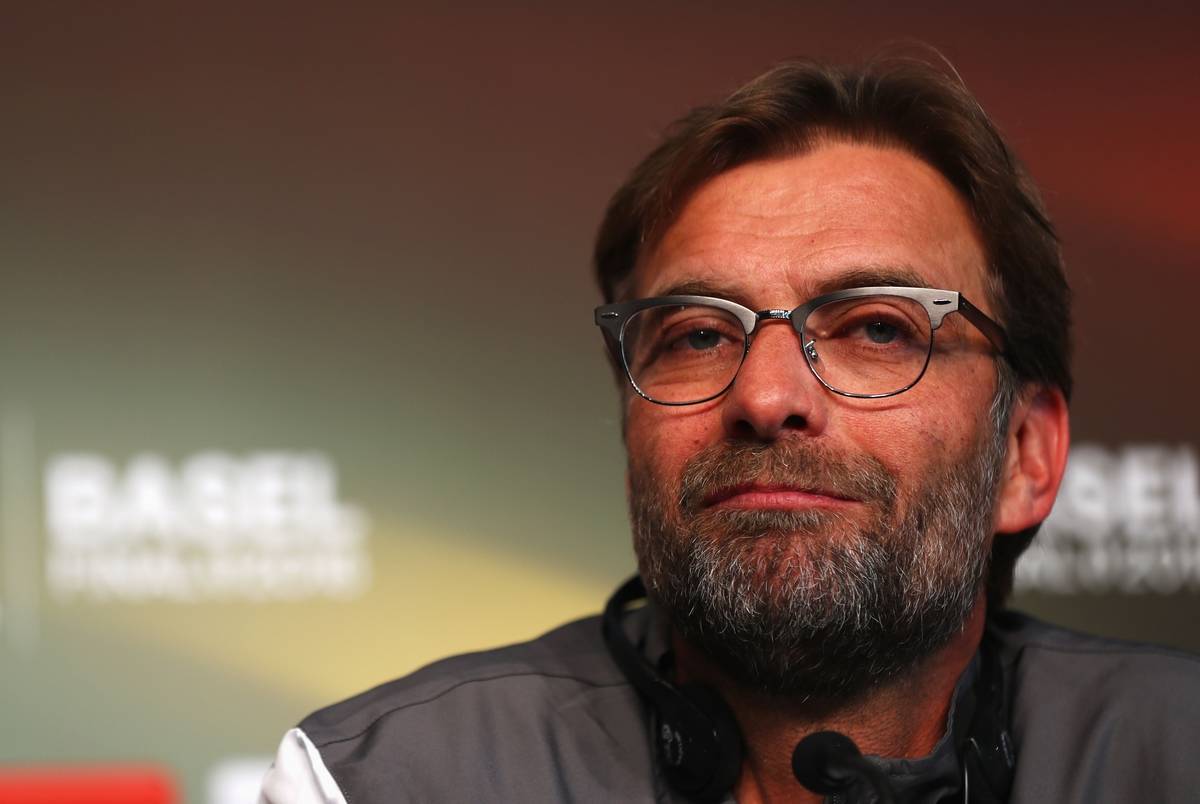 Jurgen Klopp says he and his squad know very well of the desire Liverpool fans have for the club to win the Europa League in Basel on Wednesday night.

Speaking at his pre-match press conference in Basel on Tuesday, Klopp paid tribute to supporters who have followed Liverpool home and away during their Europa League campaign this season.

Only Sevilla stand in the way of Liverpool and silverware after the Reds saw off the likes of Manchester United, Borussia Dortmund and Villarreal on the road to the final.

With a special day in prospect for Liverpool and their fans in Switzerland, Klopp is hoping his team will finish the night victorious.

“What can I say about the desire of our supporters?!,” the German told press. “We know how much they want to win this cup. Klopp also praised Liverpool’s worldwide fanbase, and says it shows the sheer scale of the club.

“Traveling with us all around Europe was great to see and some people don’t even have to travel because they live in Russia when we played there.

“They live all over the world. Wherever you are there are already a few Liverpool fans there.

“That shows everything about this club.

“We really would love to be the team who can makes these dreams come true.”

Liverpool vs. Sevilla gets underway at 7:45pm (UK) tonight. There’s more build-up and live coverage throughout the day on This Is Anfield.