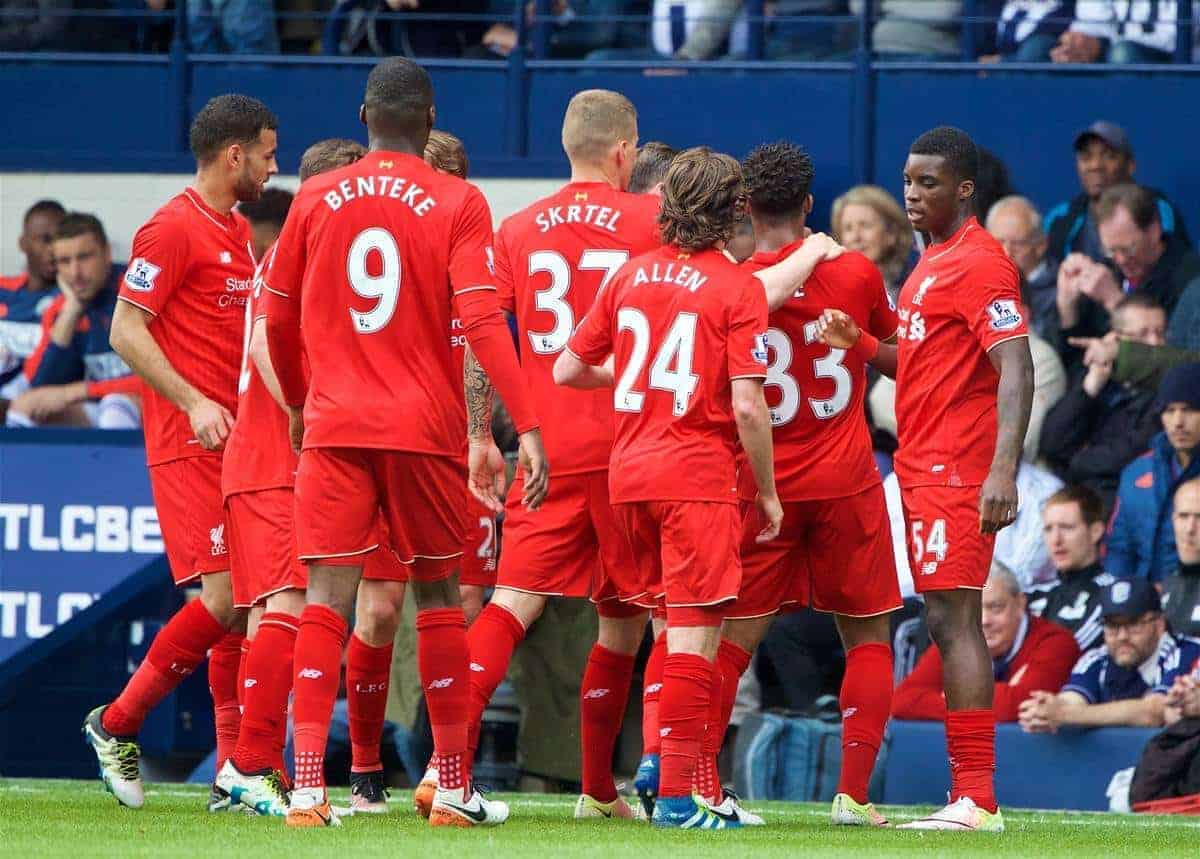 Liverpool ended their 2015/16 Premier League campaign with a 1-1 draw at West Brom on Sunday, and we rate each Reds player on the day.

The Hungarian is on his way out of Anfield this summer, and he once again showed why he does not belong at a club of Liverpool’s stature.

He allowed Salomon Rondon’s near-post shot to creep under him early on, and although he generally dealt with most things that came his way after, he once again had a negative impact on the team.

Kicking even worse than Simon Mignolet‘s, and he looked nervy throughout.

Flanagan has struggled to get his full match sharpness back following injury, and he was more solid than spectacular at the Hawthorns.

He was both strong in the tackle and positionally sound, but in truth, he was never tested greatly against a defensive Baggies side.

Still far from his very best, which is understandable.

On what was likely to be Skrtel’s final game in a Liverpool shirt, he enjoyed a good afternoon at the heart of the defence.

The 31-year-old kept things nice and simple from start to finish, and was strong in the air.

His no-nonsense style, both on and off the ball, are just not what Jurgen Klopp is looking for, however, and he was visibly emotional at full-time as he waved goodbye to the traveling fans.

Like Skrtel, Lucas was a reliable figure in the Reds’ back-line, dealing well with the threat Rondon posed.

The Brazilian is another who could possibly be sold in the summer, and if that is the case, this was a typically solid way to bow out.

Smith came in for Alberto Moreno and he was an erratic presence down the left flank.

The Australian was booked for a dive late in the first-half, and despite one well-timed tackle, defensively he looked far from assured.

Didn’t cover himself in glory for Rondon’s goal, but his crossing was impressive.

The 22-year-old will be delighted to have got some playing time this season, but again he looked rather limited in the centre of midfield.

His reading of the game is to be admired, but time and time again he chose the easy ball, and there was never a feeling that any creative inspiration would come from him.

Hard to see him having a long-term future on Merseyside.

This wasn’t Allen’s most eye-catching performance of 2015/16, but he was again a decent performer, bringing plenty of class to the midfield.

A few times he was sloppy on the ball, but all in all, it was tough to fault anything the Welshman did all afternoon.

The teenager was given his first Premier League start by Klopp and he didn’t look out of place against more established names. In fact, he was arguably Liverpool’s standout player.

One silky run and shot in the first-half outlined the wonderful ability Brannagan possesses, and his passing, movement and defensive work were all effective.

Ibe has had plenty of deserved criticism this season, but he ended his league campaign with a brilliant solo effort.

The 20-year-old show great pace, power and composure to equalise and it may have given Klopp food for thought ahead of the summer.

Despite this, there were still the usual lazy touches and disappointing final balls, which need to be stamped out sooner rather than later.

A fairly disappointing afternoon for Ojo, who never really managed to stamp his authority on the game.

He was always looked slick in possession, but more often than not he created nothing, and his end product was not god enough.

As has been the case all season long, Benteke threatened to be a real handful for the West Brom defence, but it never materialised.

One moment late in the second-half seemed to sum it up, with a complete lack of vision, touch and awareness failing to put Jordan Henderson clean-through on goal.

It wasn’t all bad, with some decent bits of play here and there, but it still wasn’t good enough for a £32.5million striker. It was great to see Ings back on the pitch, following seven months out. Although he looked lively, he struggled to get involved.

Much like Ings, the Liverpool skipper made a pleasing return to the team, but very much eased his way back in.

A proud moment for Canos, who made his Reds debut, but he had little time to make an impact.

It was always obvious that Klopp would make eleven changes, ahead of Wednesday’s Europa League final, and he got a half-decent display out of his players.

He chose a good time to bring on both Ings and Henderson, and the faith he showed in giving Brannagan a first league start paid off.

Bigger tests will lie ahead in the coming years, starting on Wednesday, but it was hard to fault anything Klopp did at the Hawthorns on Sunday.