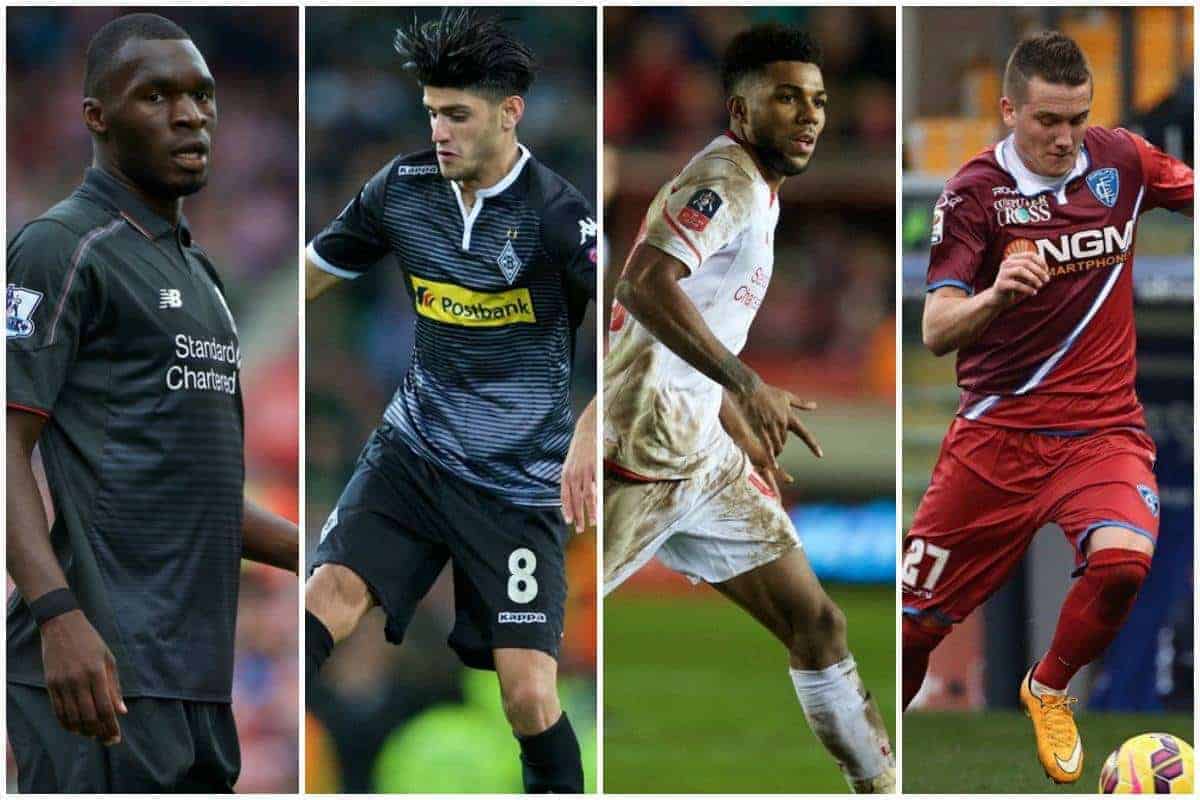 We round up the latest Liverpool transfer news, including a £30 million price tag for in-demand striker Christian Benteke.

With Jurgen Klopp keen to conclude the majority of his ins and outs before the beginning of Liverpool’s pre-season schedule, negotiations have continued on a number of fronts.

While Marko Grujic, Joel Matip, Loris Karius and Sadio Mane have already arrived, and Jordan Rossiter and Joao Carlos Teixeira have both departed, work is set to continue on Merseyside.

Here we round up the latest transfer news from Klopp’s office at Melwood, including developments in the futures of Benteke and Jerome Sinclair.

Benteke’s Anfield future looks to have been sealed by the arrival of £30 million forward Mane, with the Senegalese fleshing out Klopp’s attacking options.

The Belgian isn’t short of suitors if he is to leave Merseyside this summer, though Liverpool’s valuation may still deter Crystal Palace and West Ham United.

According to the Telegraph, the Reds have placed a £30 million price tag over Benteke’s head, and are willing to keep him with the club if they don’t receive the full fee.

Palace and West Ham have already seen big-money bids for European strikers rebuffed, likely leaving Benteke as their next target.

Along with Polish midfielder Piotr Zielinski, Borussia Monchengladbach talent Mahmoud Dahoud fronted Klopp’s list of targets as he remoulds his options in the middle of the park.

But despite the Reds being willing to offer Gladbach up to £25 million for the promising 20-year-old, Dahoud could stay at Borussia-Park for 2016/17.

That is according to the Guardian, who report that Gladbach are unwilling to part with Dahoud after the departures of Granit Xhaka and Havard Nordveit.

Furthermore, Dahoud is said to be happy to remain with the Bundesliga side “for another season.”

Whether Gladbach’s resolute stance will deter Klopp this summer remains to be seen, but Zielinski seems the more likely signing at this stage.

Sinclair confirmed he was joining Premier League outfit Watford in May, but the young striker’s move was officially announced on Thursday morning.

The 19-year-old opted to leave the Reds on the expiry of his contract, joining the Vicarage Road club to compete with Troy Deeney and Odion Ighalo for a starting role in Walter Mazzarri’s attack.

But as Sinclair is under the age of 24, Liverpool were entitled a compensation fee, and after “amicable and professional discussions,” this is believed to have been agreed at £4 million.

Sinclair has signed a five-year contract with the Hornets, and took to Twitter on Thursday to thank Liverpool for “a great experience.”

Watford‘s owners also list both Udinese and Espanyol as assets, with Liverpool’s positive relationship with the Pozzo family potentially aiding their move for Zielinski.

Zielinski has recently returned to Udinese following a two-season loan spell with Serie A outfit Empoli, but doesn’t look set to stay at the Stadio Friuli long after Poland’s time at this summer’s European Championship.

However, while Liverpool have already submitted a bid worth up to £11 million, they could face further competition, with Sky Italia reporting AC Milan as potential suitors.

Milan could join Napoli in vying with the Reds over Zielinski’s signature, though the 22-year-old is still believed to prefer a move to Merseyside.