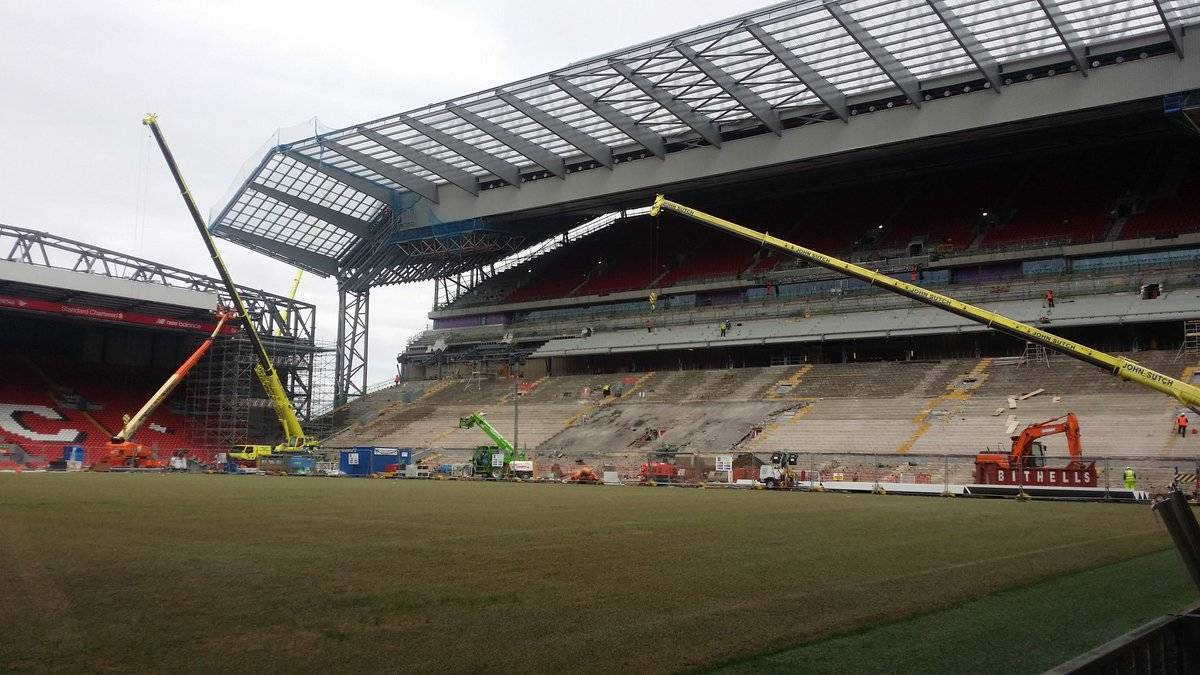 Construction at Anfield continues around the clock in order to have the new Main Stand ready for the start of the season.

There’s less than nine weeks until the new season begins and there’s clearly still plenty to do. Progress though can be seen with the new middle tier concrete sections being installed and work to re-profile the existing lower tier continuing.

The 2016/17 Premier League fixtures are announced tomorrow, with Liverpool expected to play at least their first game, possibly first two games, away from home. Liverpool say that the new stand will be ready in late August, although certain internal areas – such as changing rooms and media facilities – will be temporarily external, with work inside continuing to January 2017. Once complete, the new stand will take Anfield’s capacity to 53,800.

Here’s how it’s due to look inside once complete. The tunnel and manager’s dugouts will be moved to the halfway line. * Photos thanks to Ann OBryne.