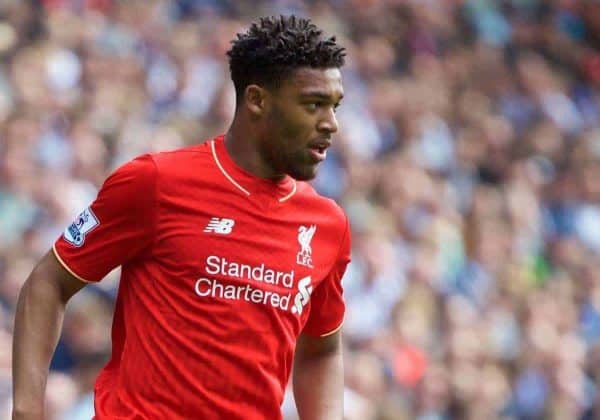 Jordon Ibe has left Liverpool to join Eddie Howe’s ambitious Bournemouth side, in a deal worth £15 million.

The Cherries moved swiftly to replace Matt Ritchie, after the 26-year-old joined Newcastle United for £12 million, making Ibe their fifth signing of the summer.

Liverpool accepted Bournemouth‘s big-money offer on negotiating a buy-back option for the winger, as well as additional sell-on clauses.

The 20-year-old joined Liverpool in 2012, after making his debut for Wycombe Wanderers at the age of 15, becoming the Football League’s youngest-ever player.

Making his first appearance in the Premier League at the end of the 2012/13 campaign, Ibe broke through as a first-team regular after Brendan Rodgers recalled him from loan spell with Derby County in 2015.

He made the 10th-most appearances of any Liverpool player last season, but fell out of favour under Jurgen Klopp in 2016.

Ibe found himself behind Sadio Mane, Adam Lallana, Lazar Markovic and Sheyi Ojo in the pecking order on the right flank this summer, prompting his departure.

Linking up immediately with the Cherries in Chicago, Ibe can expect a significantly increased role under Howe, alongside the likes of Max Gradel and Benik Afobe.

Bournemouth consolidated their position in the Premier League last season, eventually finishing 16th, and will be looking to improve on that in 2016/17.

If Ibe does impress on the south coast, Liverpool’s buy-back option puts them in a strong position to seal his return.

However, while Bournemouth paid £15 million for his services, the Reds will only take £12.75 million.

We understand Wycombe negotiated a 15 percent sell-on clause in the deal to take him to Merseyside four years ago, meaning the League Two side will earn £2.25 million for Ibe’s sale.

This is Anfield wishes Jordon all the best at Bournemouth.