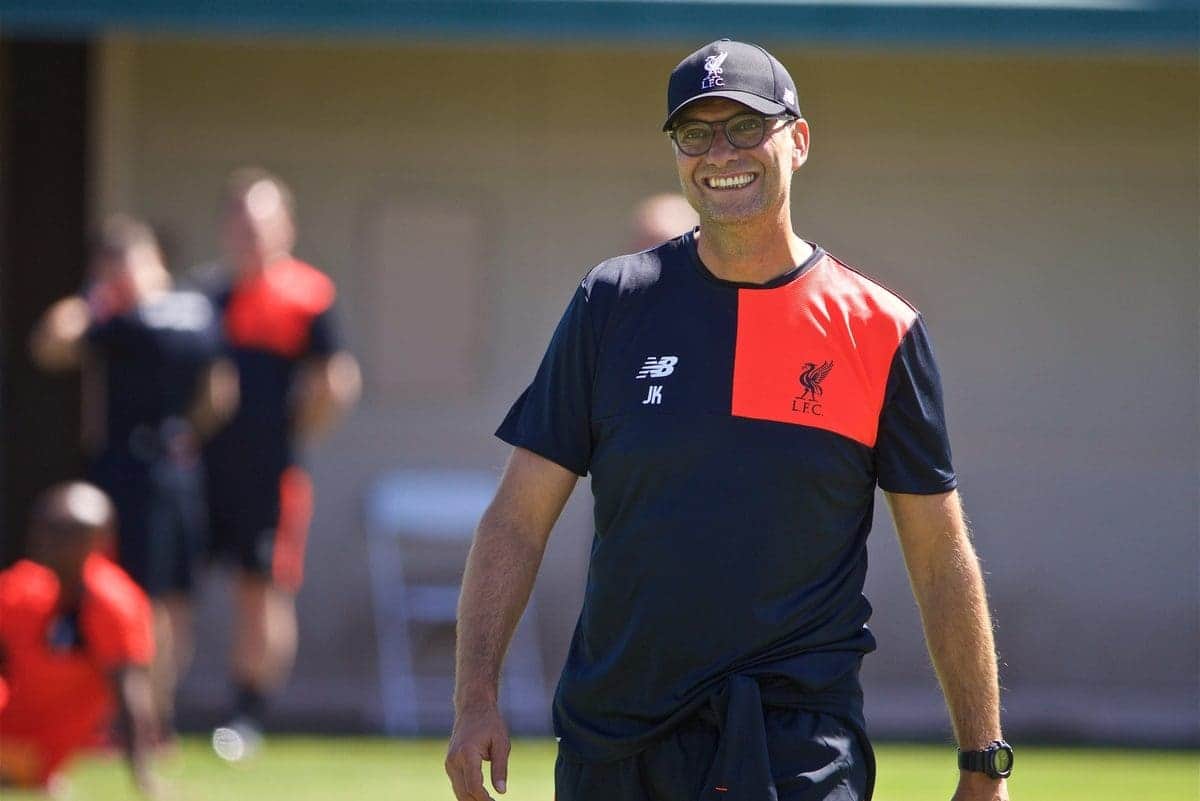 Liverpool boss Jurgen Klopp highlighted Georginio Wijanldum’s versatility and flexibility after the Dutchman completed his move to Anfield on Friday.

Wijnaldum arrives from Newcastle United for an initial £23 million, taking up the No.5 shirt and adding depth to Klopp’s midfield options.

He’ll fly to California this weekend, where he’ll join up with his new team mates and could make his first appearance for the club against Chelsea on Wednesday night in Los Angeles.

Capable of playing in centre-midfield or in a more advanced role as an attacking midfielder, Klopp spoke of the player’s tactical understanding when discussing his arrival.

“He can play a few positions for us and players that come through the Dutch system usually have a good tactical understanding and flexibility,” the manager explained. “That’s really important.”

“I think he can be a great player for us. He has already shown some really good moments in his career but the most exciting and important thing for me and my staff is that there is still so much extra to come from him.

“When I talked to him I could tell that he knows we have to work together to get this level out of him to all be successful for the team.”

ANALYSIS: Where and how Wijandlum could fit in at LFC Wijanldum will wear the No. 5 shirt, which seems like an odd number for an attacking midfielder, but will bring back memories of Ronnie Whelan – who donned the number for the Reds in the 80s.

“He has played a lot for his country already,” added Klopp. “Been captain at a young age in Holland and also been involved in a tough Premier League season so this experience gives him a good foundation for the challenge here – which everybody knows is huge!

“I can’t wait to get him on the training pitch and for the fans to see him play in a Liverpool shirt.”