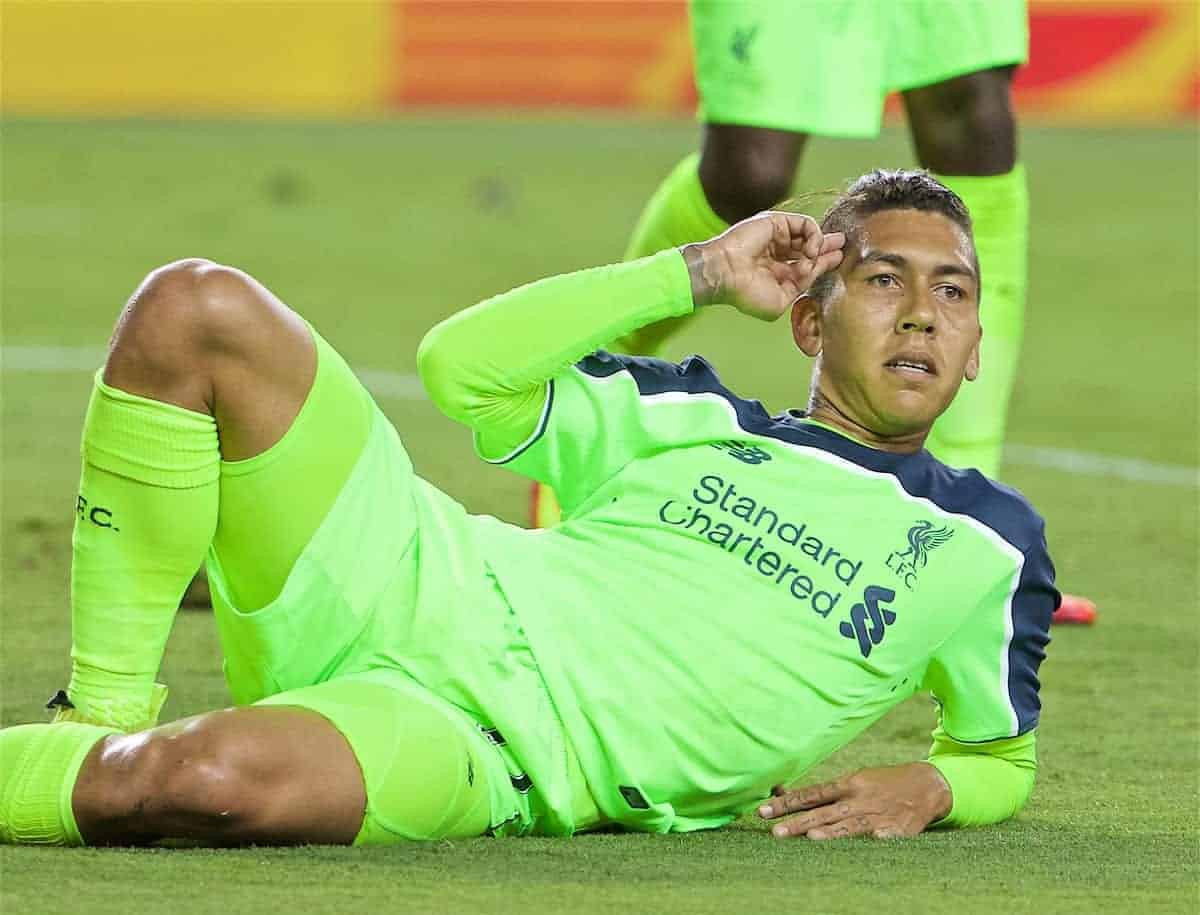 Liverpool enjoyed a comfortable pre-season outing with a 2-0 win over AC Milan courtesy of second-half goals from Divock Origi and Roberto Firmino.

Jurgen Klopp named a much stronger lineup than against Chelsea in the week, able to start four of the England Euros players and new signing Giorginio Wijnaldum.

The Reds lined up a 4-3-3 shape, with Wijnaldum operating along with Adam Lallana ahead of Jordan Henderson.

James Milner started at left-back, after it was revealed Klopp intends to use him as full-back cover this season.

Half-time saw six changes, with Divock Origi getting his first minutes of pre-season, along with Nathaniel Clyne.

Origi made a quick impact, receiving the ball before turning inside to beat former Red Gabriel Paletta and fire a controlled shot into the far corner past the keeper.

Liverpool were in control and Firmino made it 2-0 when he slid in at the far post after good work from sub Sheyi Ojo on the right side.

Ojo was particularly impressive on the right side of attack, with Liverpool moving to 4-2-3-1 in the second half.