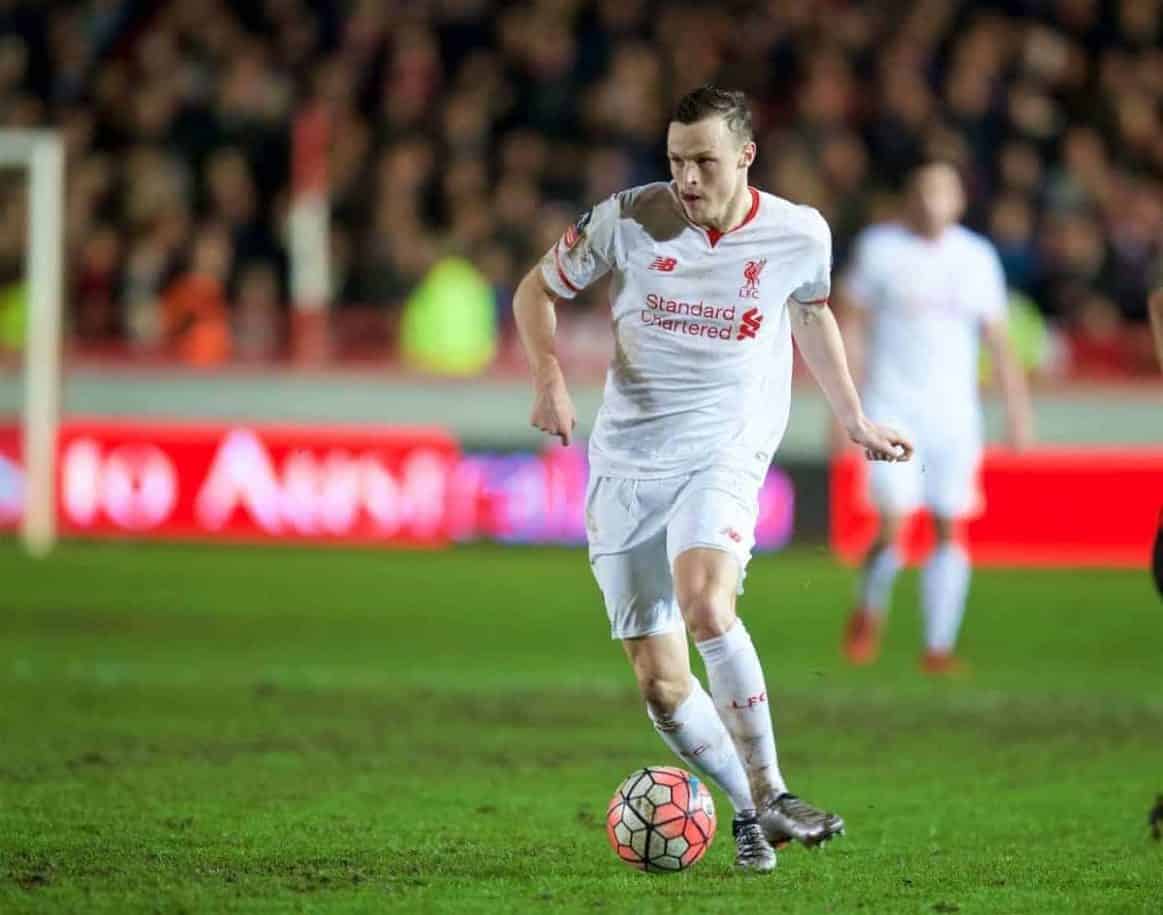 Liverpool have accepted a £6 million bid from Bournemouth for left-back Brad Smith.

The 22-year-old Australian international is now free to discuss personal terms with the Cherries, and could then join up with Jordon Ibe – who joined Eddie Howe’s side for £15 million earlier this month.

Smith broke into the Liverpool team under Jurgen Klopp last season, playing a back-up role to Alberto Moreno and making 10 appearances in total.

Liverpool are expected to include a buy-back clause in the deal for Smith, as they have done with Ibe and Sergi Canos already this summer.

Smith made his debut for the club under Brendan Rodgers at Chelsea in December 2013, but almost left the club a year ago when his contract expired and a new deal couldn’t be agreed. Eventually a deal was agreed shortly after Klopp’s arrival and he found himself given an opportunity in the FA Cup, scoring at Exeter City.

Smith will now leave the tour in the US in order to return to England to discuss the move.

He could be one of two full-backs to depart, with Jon Flanagan also expected to complete a loan move to Burnley.

Smith would be the 11th departure so far this summer, including loans, with Mario Balotelli, Christian Benteke, Joe Allen, Flanagan, Andre Wisdom and Tiago Ilori also set to leave as Klopp trims the squad ahead of his first full season in charge.