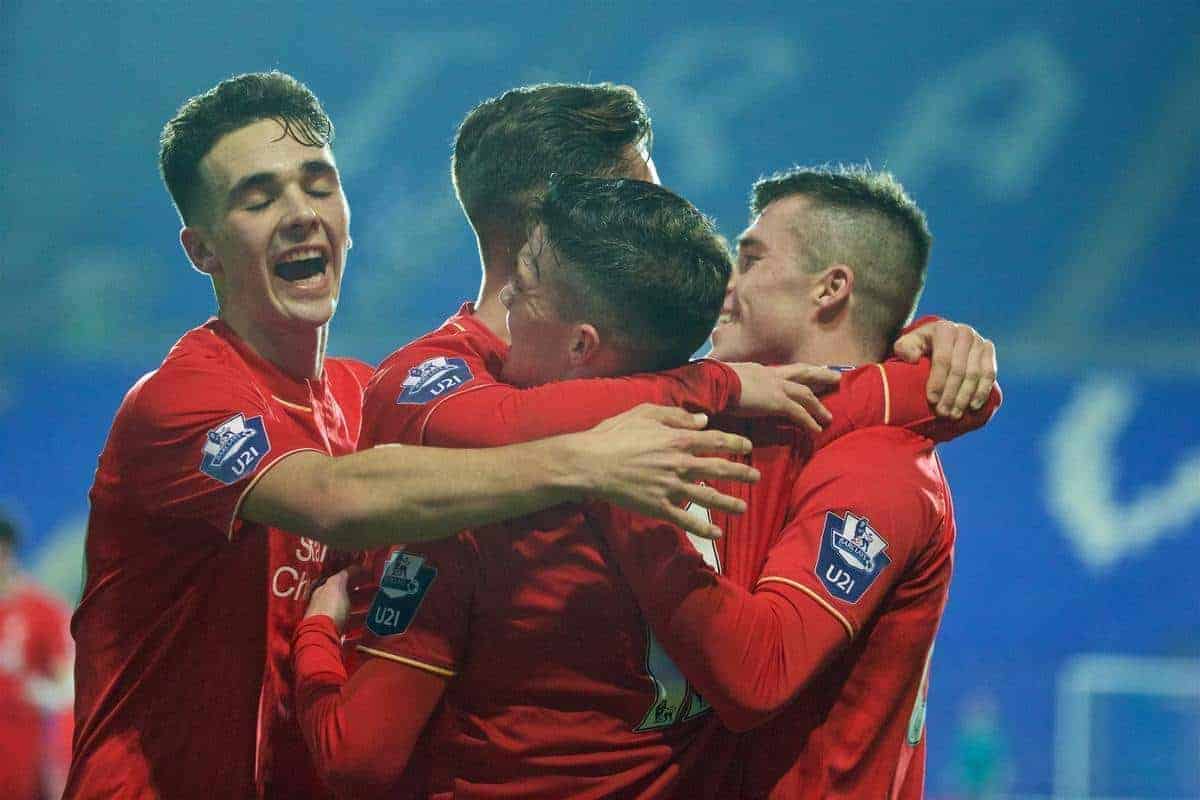 The Liverpool U21s could take part in the rebranded Football League Trophy in 2016/17, with the EFL Trophy announced on Wednesday.

Formerly the Johnstone’s Paint Trophy, the EFL Trophy will include 64 clubs, with the Liverpool U21s one of 16 Category One academy sides to be invited to take part.

This marks one of two significant changes to the top-level youth structure in England, with the U21 Premier League set for a rebrand later this summer.

However, as we first reported towards the beginning of June, the Reds are still unsure whether to accept the Football League’s invitation.

If they do decide to take part, however, Michael Beale’s side would also take on senior sides from League One and League Two, providing a bigger test of their credentials.

Beale would be able to call upon four over-age players, which may impact Jurgen Klopp‘s plans for 2016/17.

Each academy side will be grouped with three Football League sides in the initial stages, on a “regionalised basis”, with one home game to be played at their first-team stadium.

The tournament will kick off with fixtures throughout the week commencing August 29, with the final set to be held at Wembley Stadium on April 2.

While this rebrand has led to widespread criticism from supporters of Football League clubs, invited Premier League clubs will be required to donate a substantial portion of gate receipts for home games, which will be shared between their lower-division counterparts.

Beale has welcomed a host of new faces to his U21s side for 2016/17, with Herbie Kane, Adam Phillips, Toni Gomes and Conor Masterson among those to make the step up from the U18s.

Trent Alexander-Arnold, Ovie Ejaria and Ben Woodburn have been involved in pre-season training with Klopp’s squad this summer, perhaps indicating a regular role under Beale.

Meanwhile, the likes of Ryan Kent, Cameron Brannagan, Pedro Chirivella, Marko Grujic, Jordon Ibe and Sheyi Ojo would be available for selection for the EFL Trophy, but may be unlikely to feature.

Beale’s U21s will begin their own pre-season preparations with a tour of Germany, kicking off with a clash away to 3.Liga side SG Sonnenhof Grossaspach (July 16).