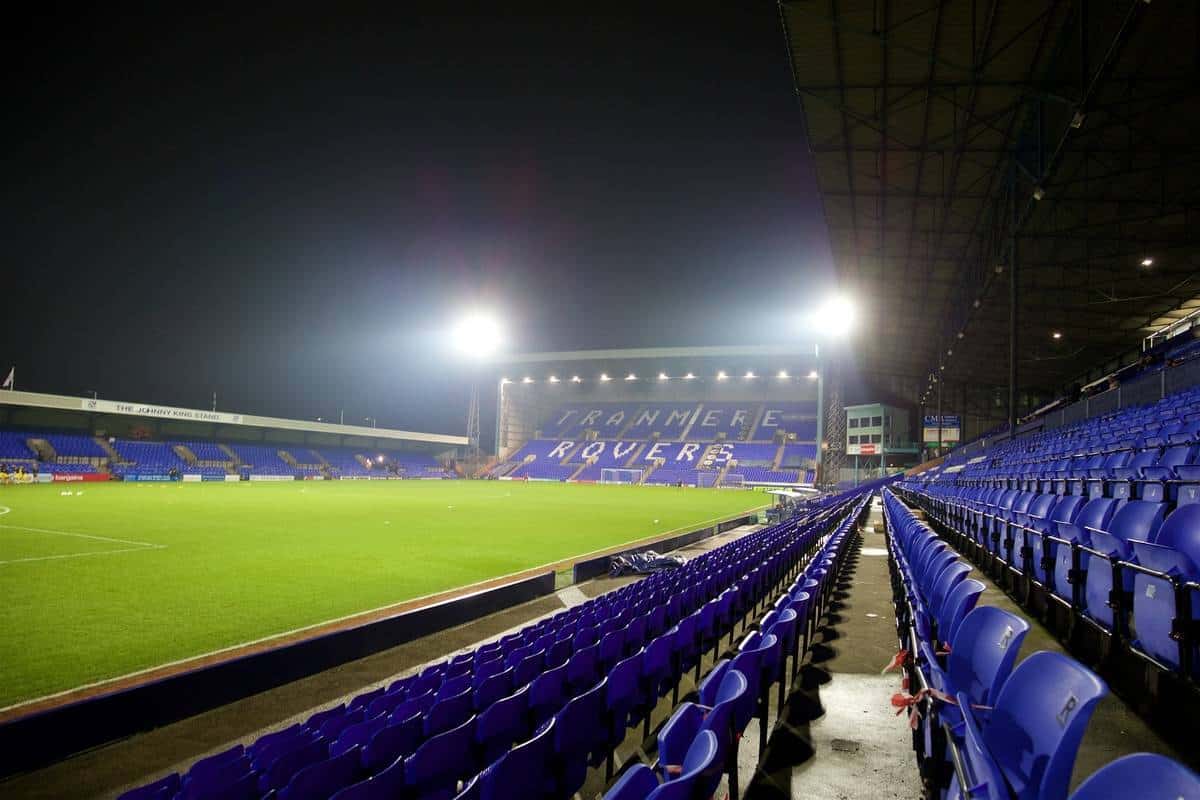 Liverpool have reached an agreement with Tranmere Rovers to host their U23s’ Premier League 2 fixtures at Prenton Park in 2016/17.

The young Reds turned out at Rovers’ stadium during the second half of the 2015/16 campaign, and will continue to do so following the restructure of England’s previous under-21 setup.

From this season, academy sides will be able to field a squad of players under the age of 23, along with three over-age outfielders and a goalkeeper.

A number of home games are also to be played at Anfield, with Liverpool’s first-team stadium expecting visits from Arsenal, Manchester United and Tottenham Hotspur’s U23s sides in 2016/17.

These will come on December 11, January 15 and February 5 respectively, giving Michael Beale’s side a tough test of their credentials.

The former Chelsea youth coach is not planning on making regular use of the Premier League‘s new age restrictions, however.

Speaking on Tuesday, Beale said his squad will have an “average age of 19,” with Ovie Ejaria, Trent Alexander-Arnold and Ben Woodburn among those to feature.

Adam Phillips, Conor Masterson and Toni Gomes have also made the step up from Liverpool’s U18s ranks this summer, as Beale reshapes his squad to provide opportunity to graduate into Klopp’s first team in the future.

Klopp has included Ejaria, Alexander-Arnold, Woodburn, Herbie Kane and Pedro Chirivella in his squads during pre-season this summer, providing further encouragement for the Reds’ academy.

They will all likely feature in the U23s’ season opener against Southampton at Prenton Park (August 14).