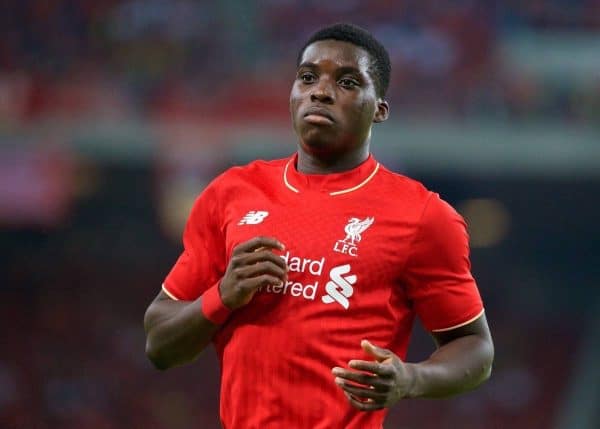 The 19-year-old was left out of Aidy Boothroyd’s starting lineup for the clash at the Donaustadion in Ulm, despite laying on two goals as the U19s defeated France on Tuesday night.

Ojo had to settle for a place on the substitutes’ bench, but brought on in the 62nd minute, the Liverpool winger contributed to an emphatic recovery.

Netherlands forward Sam Lammers, who plies his trade in the Eredivisie with PSV Eindhoven, opened the scoring on 10 minutes, putting the ball past Newcastle United goalkeeper Freddie Woodman.

Chelsea striker Dominic Solanke levelled the scores before half-time, however, adding to his tally for the tournament after his goal against France.

England were left to wait until the closing stages before they could clinch a winner, with Aron Winter’s Netherlands side held on for a vital point.

But it was Solanke’s Blues team-mate, Izzy Brown, who grabbed the three points for the Young Lions in stoppage time.

This secured England a place in the semi-finals, as well as next year’s under-20 World Cup in South Korea.

Boothroyd’s side will next take on Croatia on Monday, but having sealed a semi-final berth, Ojo is guaranteed to remain with the squad until at least July 21.

If the U19s reach the final, Ojo will stay in Germany until July 24, but speaking on his arrival at the tournament, the former MK Dons youth revealed he would then travel straight to the US to link up with Jurgen Klopp‘s Liverpool squad.

The Reds will take on Chelsea (July 27), AC Milan (July 30) and AS Roma (August 1) during their tour, before returning for further friendly clashes with Barcelona (August 6) and Mainz (August 7).