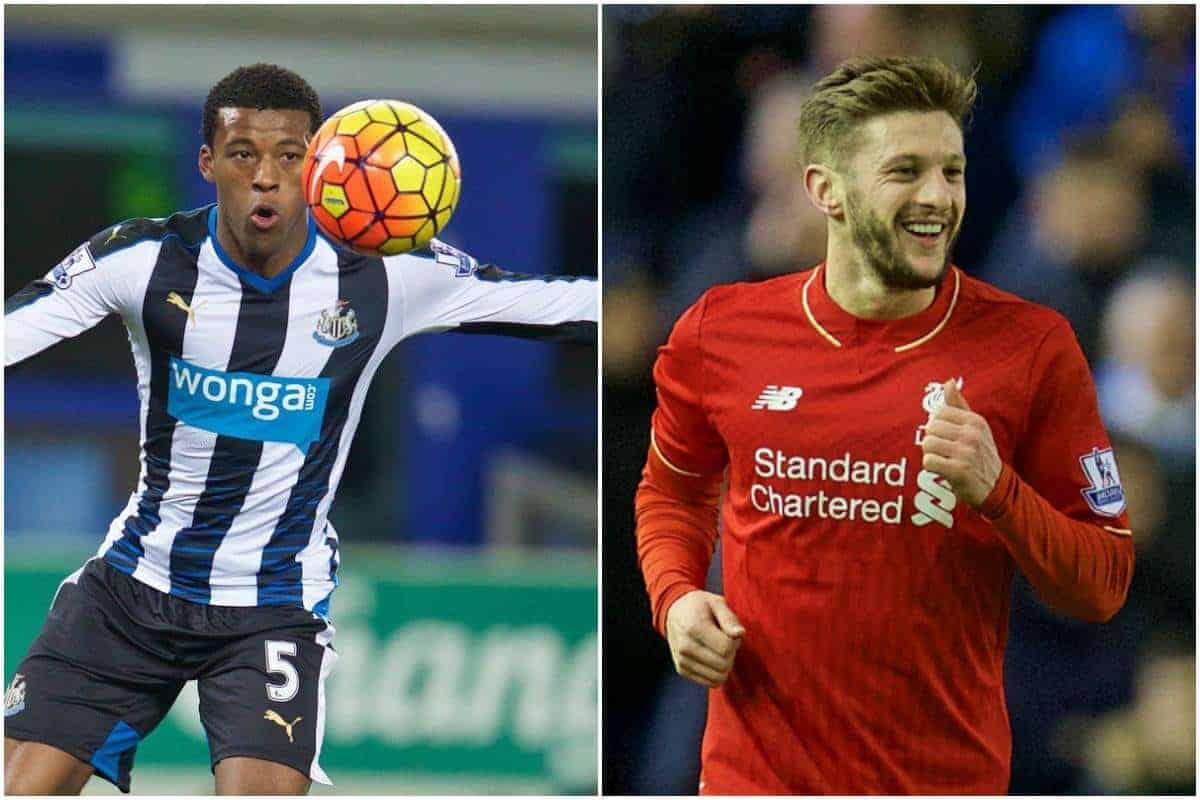 As Liverpool’s imminent signing of Newcastle’s Georginio Wijnaldum is close to being completed, we’ve taken a look at the Dutchman’s stats against Adam Lallana, to see how the pair compared in the Premier League last season.

When the Reds signed Sadio Mane from Southampton earlier in the transfer window, many suggested the Senegal international’s arrival would put Lallana’s place under threat.

Now, Liverpool have agreed a fee for another attacking midfielder, and that could see Lallana again be the one to face more competition.

Liverpool will have new boys Wijnaldum and Mane, plus Lallana, Philippe Coutinho, Roberto Firmino and Sheyi Ojo to compete for roles in attacking midfield. James Milner was also used in the three behind the striker on occasion last season.

So how does Wijnaldum compare to Lallana?

One of Lallana’s biggest criticisms is his lack of end product, especially goals, scoring just four last season – compared to Wijnaldum’s 11 (Newcastle’s top goalscorer and the same amount as Mane for Southampton).

The passing stats and assists are pretty similar, with Lallana having the better chances created per game ratio.

One thing is clear that Klopp now has plenty of options and has added goals from midfield.

There has been suggestions that Ojo may end up out on loan to ensure he continues his development, while Milner could be set for a less game time and a role in central midfield rather than wide.

Firmino has been used as a No.9 in pre-season so far, but whether that’s simply due to a lack of forwards without Daniel Sturridge and Divock Origi, or as that’s where Klopp sees him playing more next season, only time will tell.

Firmino played the No.10 role mostly last season after Klopp arrived, which is the role which Wijnaldum has said is his preferred role.

However, Klopp has used a 4-3-3 system so far in pre-season, with Mane on the right – so perhaps Wijnaldum will arrive to play as one of the three in midfield?

That would allow the Dutchman to break forward from midfield and provide runs into the box. He’d then be competing for a place with Marko Grujic, Milner and Jordan Henderson.

It will be interesting to see how he fits in.