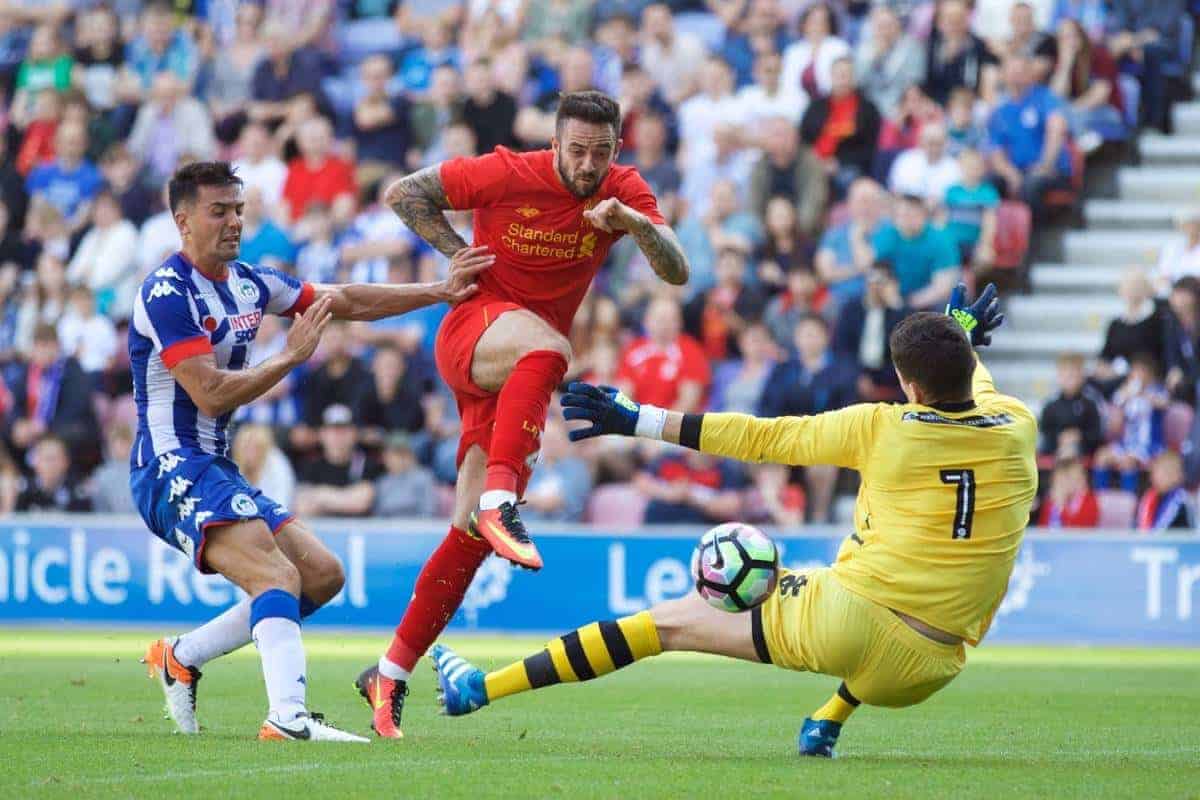 Liverpool sealed their third win of pre-season on Sunday evening, running out 2-0 victors away to Championship side Wigan Athletic.

After triumphs over Tranmere Rovers and Fleetwood Town, the Reds took to the DW Stadium to take on more challenging opposition in Gary Caldwell’s Wigan.

Despite Caldwell naming a youthful squad following the Latics’ clash with Manchester United the previous day, the Scot saw his side produced a strong performance in the first half.

Buoyed by the energy of Ben Woodburn and Ryan Kent, the Reds swarmed around the Wigan defence and Danny Ings eventually broke the deadlock with 20 minutes to play.

Woodburn doubled Liverpool’s lead with a well-taken strike shortly after, with the 16-year-old adding to his tally for pre-season.

Klopp will have seen plenty of positives from his side’s performance, with only Joel Matip‘s withdrawal through injury detracting from their bright showing.

Liverpool’s next pre-season friendly comes against Huddersfield Town on Wednesday night, before Klopp takes his squad to the US for clashes with Chelsea, AC Milan and AS Roma.

Speaking after the game, the German revealed that he will have his full squad back together by July 26, and that he would be taking two of his impressive young players as part of his touring squad.

Woodburn will no doubt be considered, after a string of mature performances in Klopp’s attack already this summer.