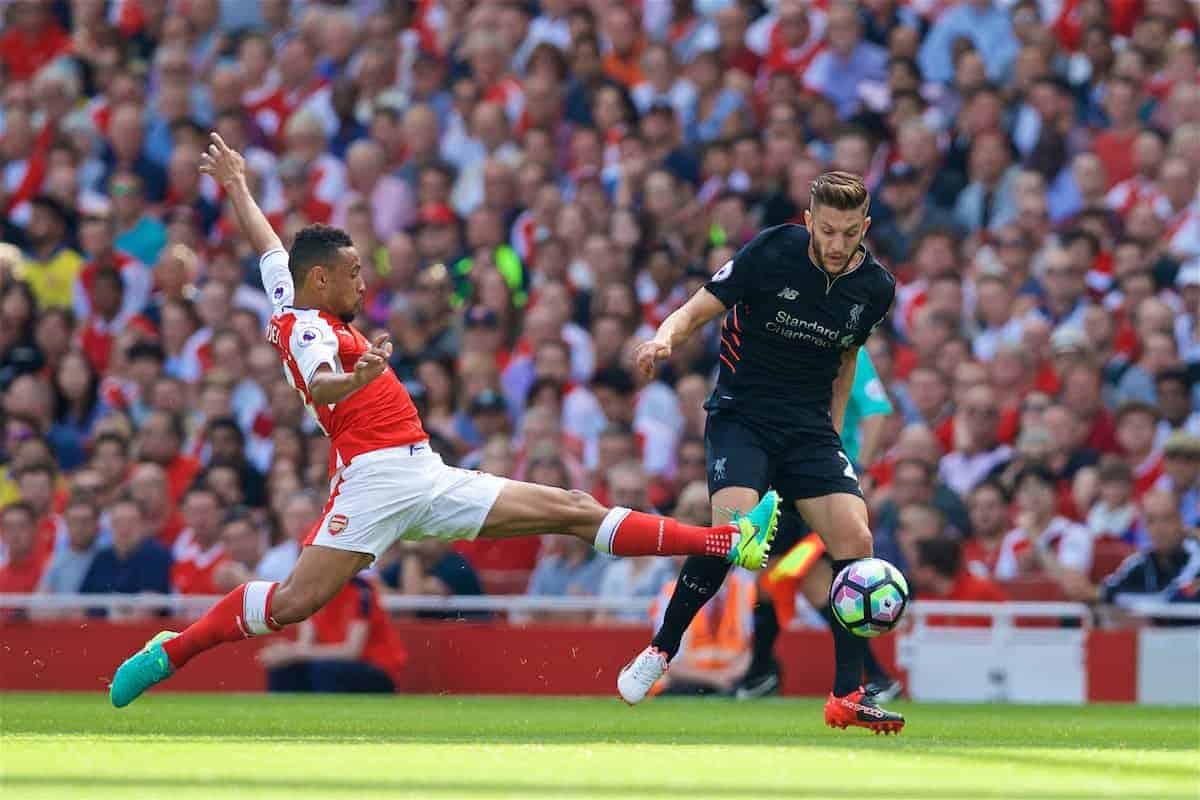 Adam Lallana believes Liverpool’s thrilling win over Arsenal has laid down a benchmark for their season – but admits there is still plenty of room for improvement.

The Reds were 4-3 victors at the Emirates Stadium to get their Premier League campaign off to a winning start, with their four goals coming in a devastating 18-minute spell. Theo Walcott gave Arsenal the lead just 69 seconds after seeing a penalty saved by Simon Mignolet, with Liverpool drawing level on the stroke of half-time courtesy of a sublime Philippe Coutinho free-kick.

The visitors ran rampant after the interval as Lallana put them in front, Coutinho added a third and new-boy Sadio Mane thrashed home a fourth.

Arsenal responded and hit back through substitute Alex Oxlade-Chamberlain and defender Calum Chambers but Liverpool held on to take three points – with Lallana aware that it was not a perfect afternoon in north London for Jurgen Klopp‘s side.

“At 4-1 we maybe got a bit complacent, a bit over the top,” the England international told Liverpool’s official website.

“We were soon back down to earth when it was 4-3. I was on the bench in the last 10 minutes and it was unbearable to watch at times. But we have a benchmark now and we can assess it and look at things we need to improve on.

“The manager will do that, for sure. He won’t be entirely happy with the performance – there’ll definitely be things we need to work on. We’ve got a full week’s training now to prepare for Burnley.”

Lallana praised Coutinho’s stunning equaliser and does not think anyone else will be on free-kick duty for Liverpool any time soon.

“A great bit of magic from Phil gave us that belief and confidence going into half-time,” he said.

“That was massive for us and we came out in the second half like we were possessed, it was brilliant.

“Phil again came up trumps with the free-kick. We were working on them a couple of days ago – there’s just no chance anyone is getting anywhere near a free-kick.

“But we all want him to have them because he can produce that, and I think that’s the best I’ve ever seen him score. It was further out than usual and it was right in the top corner, the keeper had no chance.”