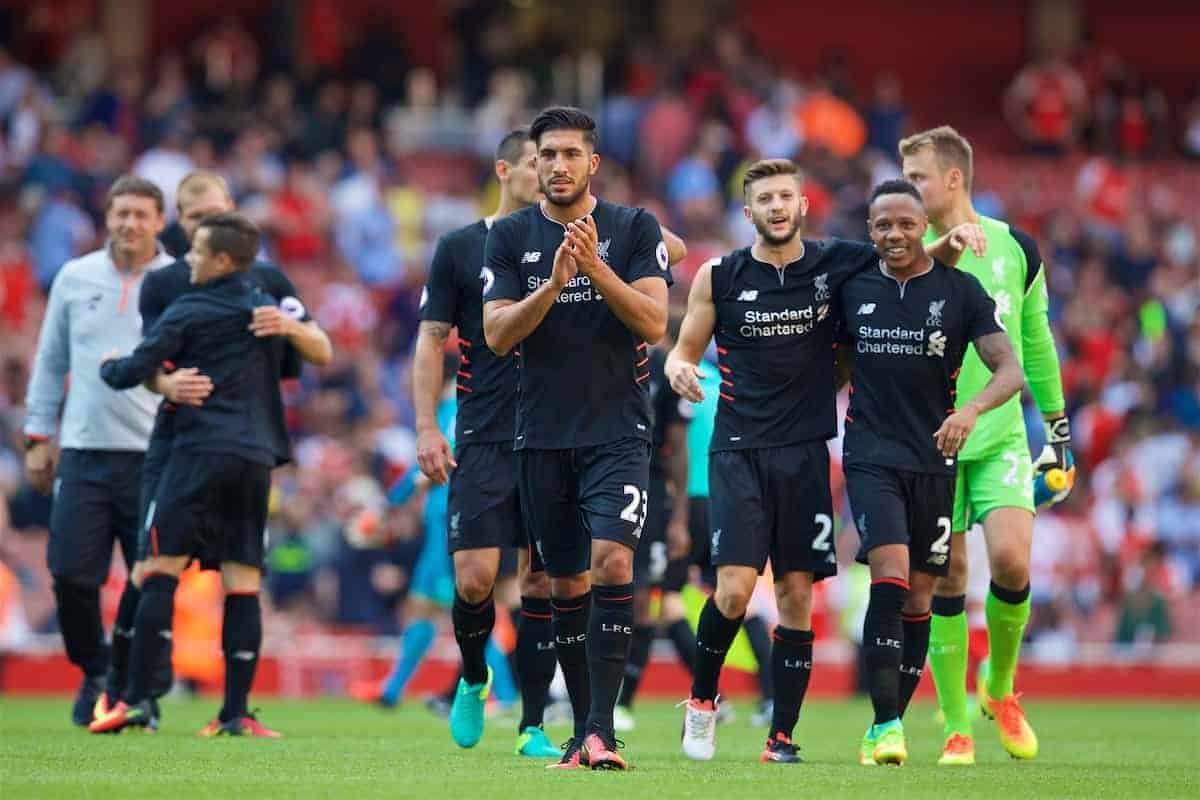 We look at how Jurgen Klopp could line up his Liverpool team as the Reds look to build on their winning Premier League start against Burnley.

Liverpool arrive at Turf Moor on Saturday afternoon looking for a second successive victory as they search for a fast start to the new campaign.

Picking up a fantastic – if nerve-shredding – win at the Emirates Stadium, Klopp’s men head to Lancashire in confident mood and will be determined to seize a big opportunity to get another quick three points on the board.

Having seen his side battle to victory, but doing so with a display of mixed moments at Arsenal, Klopp has some thinking to do over who he selects to achieve that second win on his first visit to the home of Sean Dyche’s side. An unwelcome injury to Sadio Mane it set to force Klopp into change, but the Reds boss has numerous ways he can adjust his team while also retaining a sharp attack.

The German could revert to the 4-2-3-1 system predominantly utilised last season, which will also see changes to personnel ensue.

After a much-criticised display at Arsenal, Moreno could make way for Milner, and having declared him fit and ready, Matip could also enter into the envisaged right centre-back role, offering extra presence and physicality.

Emre Can is in line to re-form his central partnership with Henderson, and in attack, the fully fit Origi can enter to lead the line – keeping Sturridge in reserve – with Firmino dropping to No.10, flanked by Coutinho and Lallana.

With Moreno, Lovren, Wijnaldum and Mane making way, this could be the Reds XI to start: Though Klopp has plenty of alternatives – including restoring Markovic or operating with two strikers as Jack Lusby discussed here – continuing with 4-3-3 looks likely following the Arsenal win.

Keeping the same back four – and Moreno who Klopp dismissed criticism of – Can is again likely to benefit from Mane’s absence, entering at the base of midfield, moving Henderson alongside Wijnaldum.

Lallana can then shift higher into a familiar looking but high-energy and creative attack alongside Coutinho and Firmino, and that would see the Reds look like this at Turf Moor: After beginning perfectly at the Emirates Stadium, Klopp’s side have a big chance to continue their search for an all-important fast start with a second straight victory.